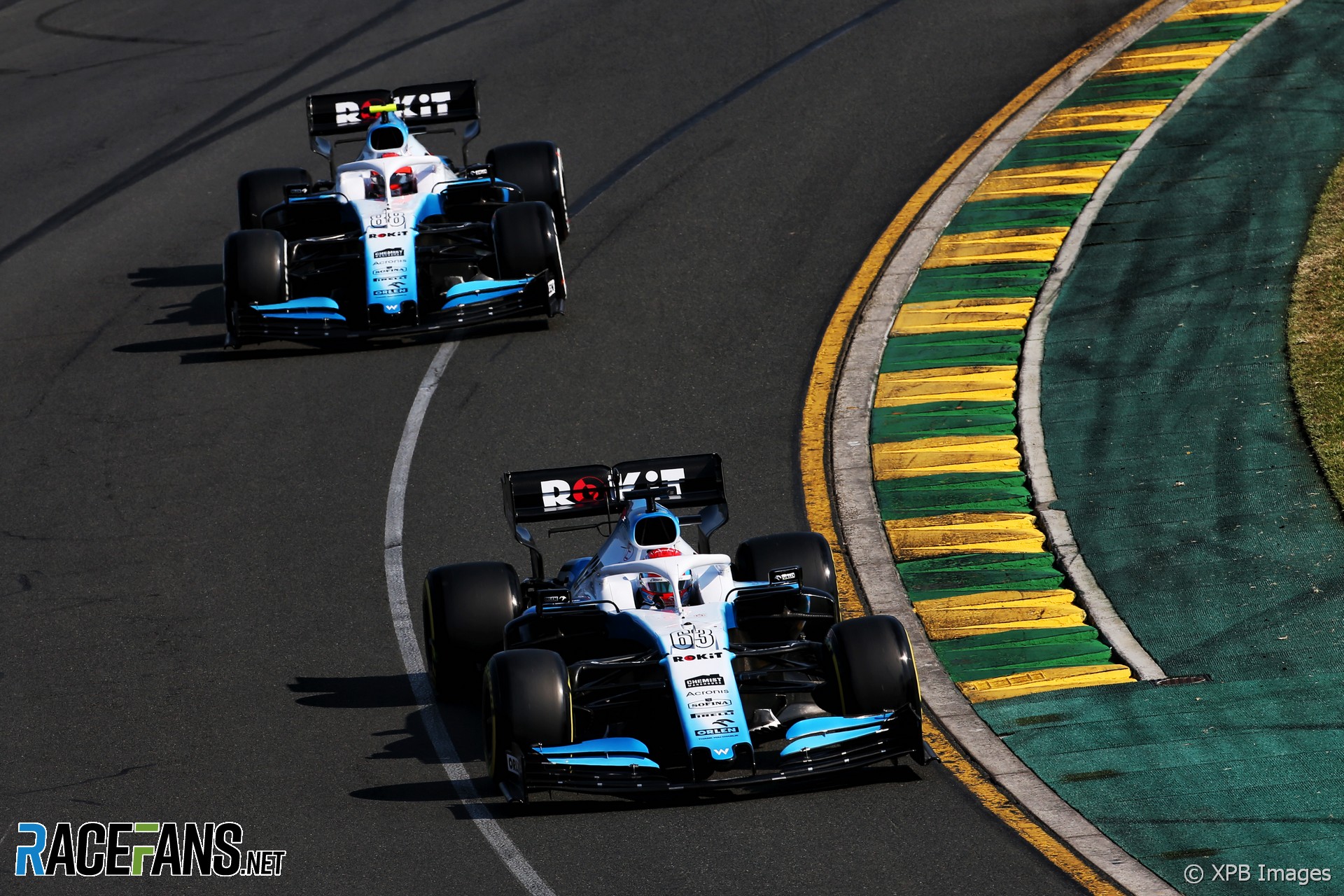 In a special series running throughout this week we take an in-depth look at the performance between each of the 10 pairs of team mates on the F1 grid so far this year.

If goodwill equalled lap time, Robert Kubica’s rivals wouldn’t stand a chance. It would be a stony heart that begrudged the Williams driver anything less than a successful comeback after the cruel way his promising F1 career was cut short eight years ago.

But the stopwatch is a brutal judge and its pitiless verdict on Kubica is that he is falling far short of his rookie team mate George Russell. The numbers below make painful reading, and they show little sign of improving. Kubica’s 1.293-second deficit to Russell in Hungary was enormous, the second-largest of the year after Melbourne, where the team were struggling with a parts shortage.

While Kubica’s injuries have forced alterations to his driving style, neither he nor the team are blaming that for his deficit to Russell. Senior race engineer Dave Robson believes Russell’s greater familiarity with the Pirelli rubber has helped him.

The yawning gap between the two has prompted some of Kubica’s fans to insist Williams mustn’t be giving the two equal equipment. It’s a claim deputy team principal Claire Williams has strongly denied.

In fact on one occasion when the team didn’t give its drivers the same specification cars, Kubica was arguably the one to benefit. He was the first of the two to run Williams’ German Grand Prix upgrade; Russell didn’t get it until Saturday in Hockenheim.

In other respects Williams is going the extra mile to treat its drivers equally. Unlike in previous seasons, is dividing its third driver’s free practice running between both of its cars instead of just one.

“It’s a two-car game” Robson pointed out. “We’ve got to go away and understand that [problem] with Robert and see whether we can improve it in a couple of weeks’ time.”

Kubica had the chance to adjust to Pirelli’s tyres beginning with his return to an F1 car in 2017. But Russell’s ascent through the GP3 and F2 ranks gave him more regular practice on the rubber while also deprived of many of the more advanced measurements F1 teams can perform, forcing him to develop his own feel for the rubber. Robson suspects this may be making the difference.

“The driver is the best sensor on the car in effect. Forget about all the electronics, he’s the single most important bit on there.”

There is much lap time to be found in mastering the art of the preparation lap. Robson suspects Russell may be able to “really feel not so much what the tyre is doing right now but what it’s going to do when he starts the timed lap – that’s the other difficult bit.”

“Maybe Robert does have a little bit more to understand about how you get the most out of it,” he added. “Undoubtedly these tyres are very different from the ones I remember with Bridgestone and Michelin. They’re not worse, necessarily, just different. You do have to treat them in a different way and understanding them is not easy.”

The sole bright spot in Kubica’s season so far is the point he scored in Germany. This was a product of experience and restraint: He had been running behind Russell when his team mate went off in the slippery conditions.

It must be galling for Russell to have missed out on that chance, particularly as he’d lobbied Williams to adopt a slick tyre gamble which paid off handsomely for his rivals. It may well guarantee that the championship order of the Williams drivers at the end of the season does not reflect the pecking order.

Kubica vs Russell: Who finished ahead at each round