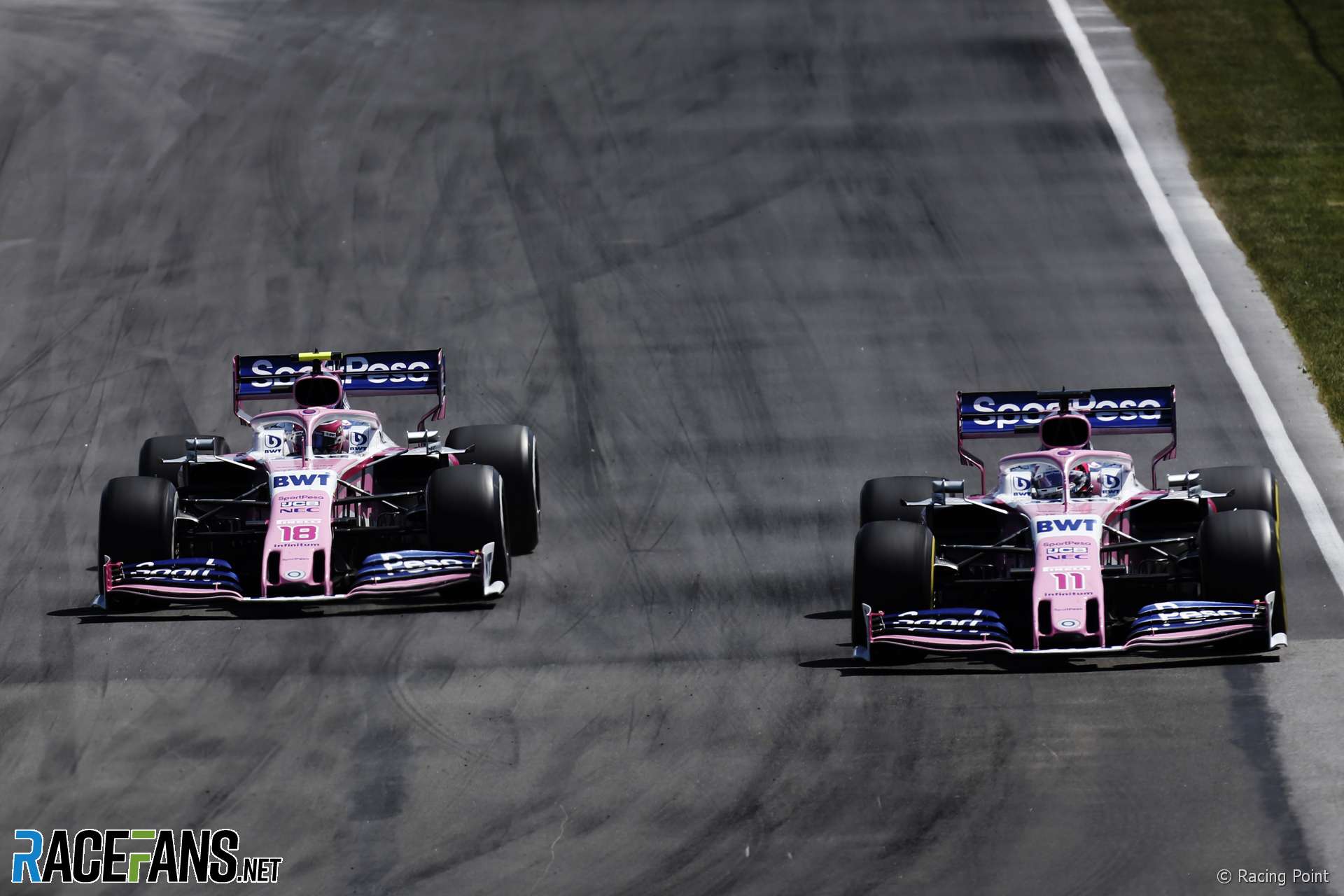 In a reversal of the situation he experienced last year at the team now known as Racing Point, Sergio Perez is beating his team mate in qualifying but has been out-scored by him in the races.

Perez has never been headed by Lance Stroll in qualifying all year. Only Williams driver George Russell has also beaten his team mate over the 12 qualifying sessions so far. And like Russell, Perez also trails his team mate in the points.

Between them, Perez and Stroll have made it home in the top 10 on seven occasions this year. But it was Stroll who landed the team’s big pay day in Germany, gambling on slick tyres late in the race and coming home fourth, netting 12 of his 18 points to date.

Last year Perez was in the opposite situation with Stroll’s predecessor Esteban Ocon. While Ocon had the measure of Perez in qualifying, a podium finish for Perez in Azerbaijan helped him end the year ahead in the points.

Stroll’s fourth place is an outlier among his results in a season when he has only made it out of Q1 once, which was also at the Hockenheimring. Of course he owes his place at the team at least in part to his father Lawrence’s role in rescuing it from administration 12 months ago.

“He’s gelling well with his engineering team and learning and getting better and better,” said Szafnauer. “The potential’s there. He’s fast. When you make a change there’s always stuff to learn, there’s new things. But he’s a very fast learner, very coach-able.”

That may be the case, but Stroll’s qualifying deficit to his team mate is not consistently trending in the right direction. He may have posted his two best qualifying performances relative to Perez in the last half-dozen races (in Austria and Canada) but also his two worst (in France and Germany).

It’s easy to be cynical about Stroll’s situation. But his Hockenheim race result is another example of him rising to the occasion and producing an unexpectedly strong result – like his podium finish in Baku two years ago, or his front row starting position in a wet qualifying session at Monza the same year.

In the year that followed it was hard to get a read on what kind of progress Stroll was making. “Last year was a challenging season for me at Williams,” he said. “We didn’t really have the pace to score points like we did in 2017.”

As Racing Point make progress with the RP19, a car which suffered a difficult gestation due to the team’s financial problems, Stroll believes the opportunity to compete will improve. “When I look at this year in comparison to a couple of years ago, it’s definitely become much more competitive, the sport, which is a good thing,” he said.

However given Ocon’s edge over Perez on one-lap pace last year, and the eased with which Perez is now beating his team mate on Saturdays, there must be some concern at Racing Point that the full potential of their current car may be going untapped in qualifying. That said, at least their current driver line-up aren’t colliding as regularly as the other two did.

Sergio Perez vs Lance Stroll: Who finished ahead at each round