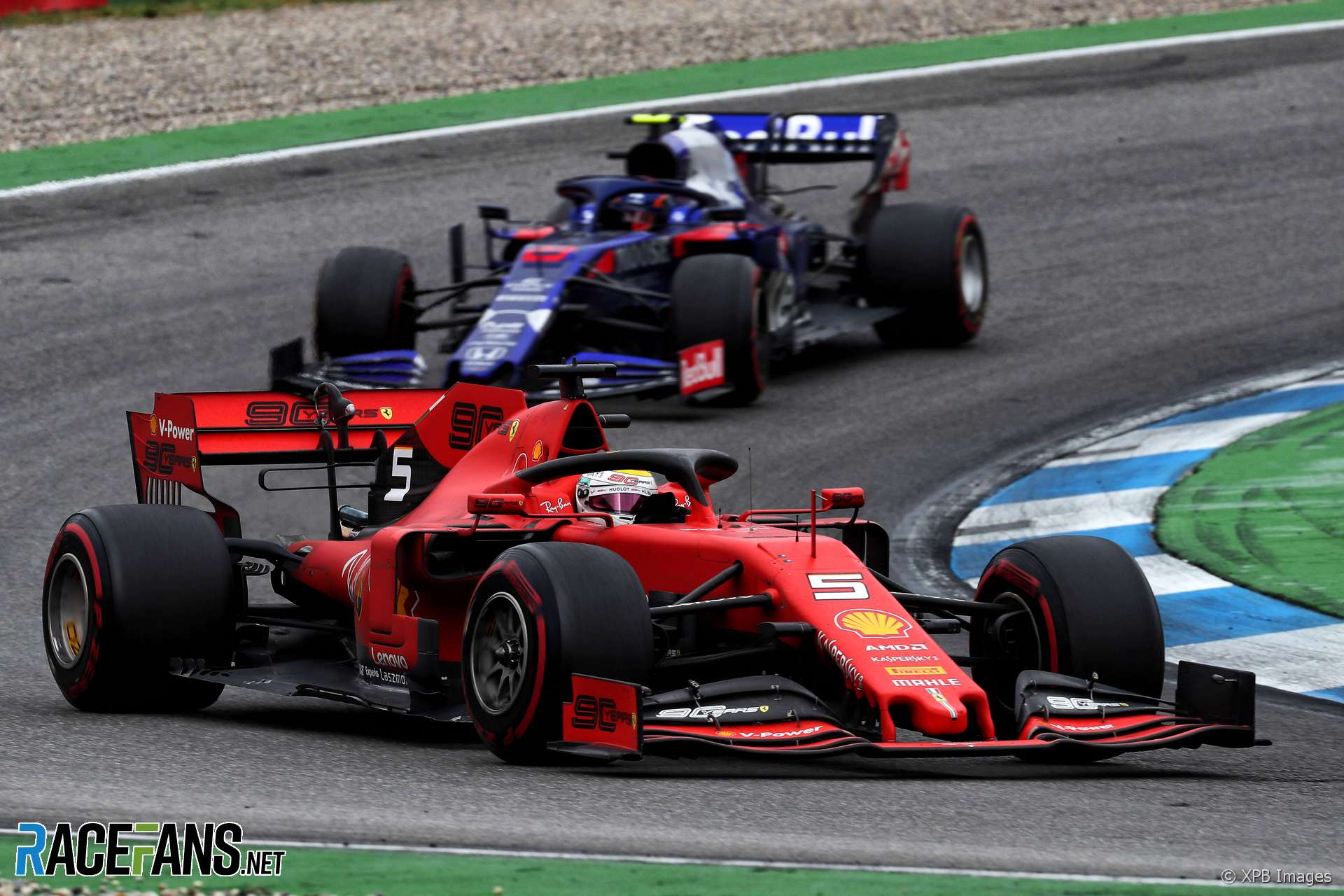 In the round-up: Sebastian Vettel has revealed why he went off on the final lap of the German Grand Prix, which almost cost him second place to Daniil Kvyat.

Vettel revealed he was trying to claim the bonus point for fastest lap when he went off at the Mercedes Arena on the final lap at the Hockenheimring:

I went off because I was pushing for fastest lap. As I said it didn’t work. But that’s what we do in a race, you try to chase the limit and get very close to it. Sometimes you get too close.

I think I’m not the only guy who went a little bit too close on that day in that race. This time fortunately I picked the right place rather than the wrong place but overall I think it was a very challenging race, very challenging conditions, so happy that we made it the chequered flags and used our chances when we got them, especially in the second half of the race or the last third especially.

Mercedes’ Formula 1-based road car, the Project One, has been delayed. The hypercar, which will feature an F1-derived 1.6-litre V6 hybrid turbo engine, is now expected to go on sale in 2021, two years later than originally planned.

When @alex_albon starts his first race for @redbullracing at @circuitspa he will be the least experienced driver to drive for them since @robertdoornboss at the 2006 Chinese Grand Prix, who had eight prior starts to his name (all with Minardi).#F1

(Pic from the Brazilian GP) pic.twitter.com/qDZFT8sB40

"I think his race pace is quite good. He’s improving. I think the driver he is today to where he was when he arrived, he has improved massively, so there is a lot to come from him."

"Japanese Formula 3 has confirmed it will be renamed Super Formula Lights next year, ending a 41-year use of the F3 name in Japan."

"As he got older and better the trophies got larger. He would come into assembly and sometimes the trophies were bigger than him."

"That was the worst half-hour of my life. But, also, this has been the best year. I’m trying to get my head around it all."

Has Raikkonen stepped up his game after those years at Ferrari, or is Giovinazzi actually that bad?

Raikkonen is (arguably) the most consistent driver in F1; he never makes mistakes but isn’t astonishingly fast in my opinion. At Ferrari we saw that Vettel was quicker in general, but made way more mistakes.

Even though it’s Giovinazzi’s first full season he should be at least on par with Raikkonen to be considered for a future drive in the top team or a longer stay than one or two years in F1. If he doesn’t step up his game, it is only a matter of time that he will be replaced by Mick Schumacher, who probably needs another year in F2.
Jesper Mug (@Jesperfey13)