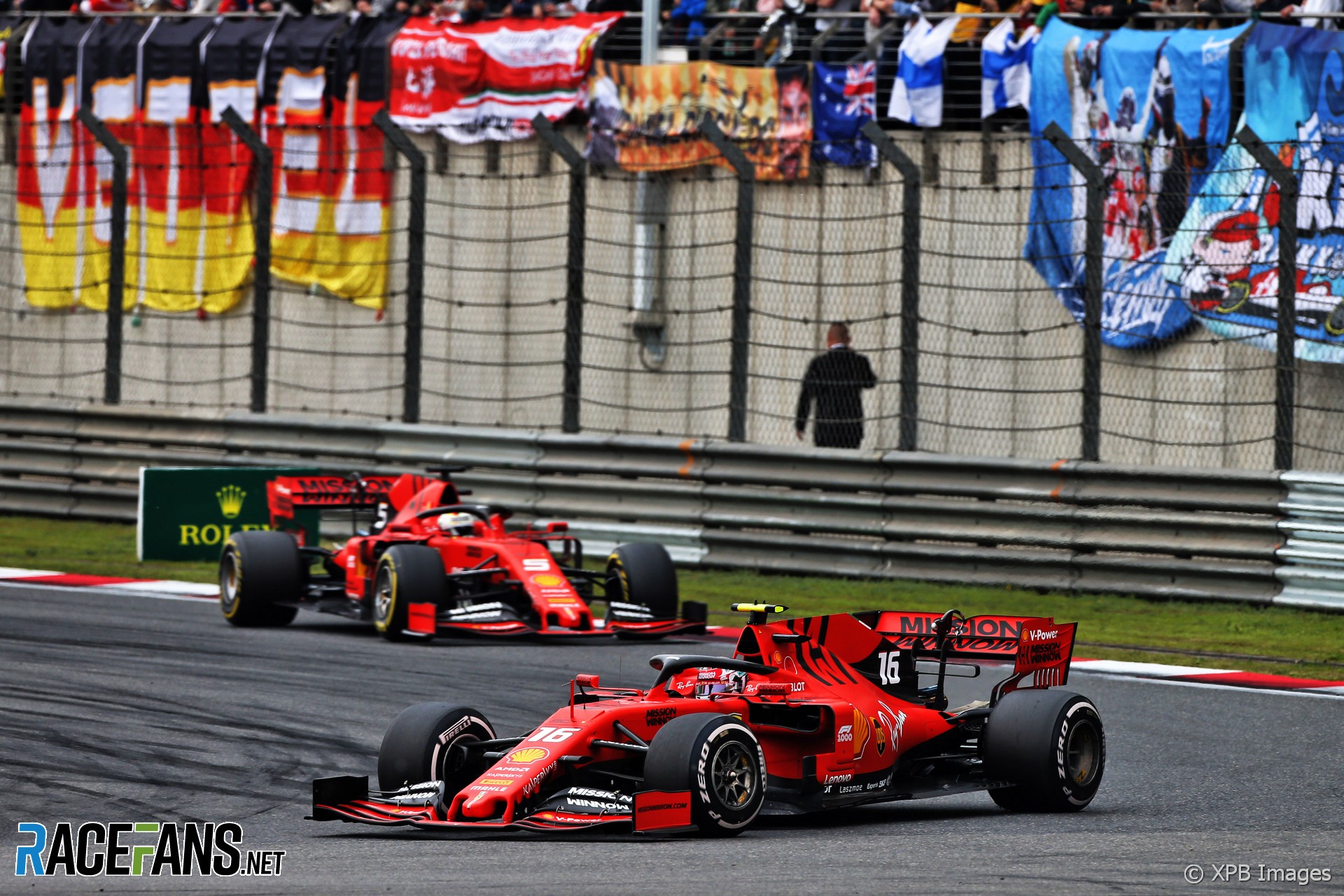 In only his second season of Formula 1, Charles Leclerc has defied expectations by rapidly getting on terms with Sebastian Vettel.

So much so, some have even likened the scenario to the situation at Red Bull five years ago, where Vettel was faced with a competitive young talent in the shape of Daniel Ricciardo, and decided not to stick around for another year of it.

This is obviously not what Ferrari expected. Before the SF90 even turned a wheel in anger, team principal Mattia Binotto declared Vettel would receive favoured status in any “50-50 scenarios” which arose between his two drivers. One those words were uttered it was inevitable Binotto would have to act on them and, sure enough, in each of the first four races Ferrari intervened in Vettel’s favour.

Leclerc was told to follow Vettel home in Australia and obeyed, though he looked quick enough to pass his team mate easily had he been given the chance. In Bahrain he was clearly much quicker, and when the team said he should follow Vettel for a couple of laps, he chose not to, and shot by into the lead. Had his power unit not let him down, Leclerc would surely have won.

Ferrari made the questionable call to tell Leclerc to let Vettel past in China; the latter didn’t really seem quick enough to warrant it. In Azerbaijan Leclerc had to let Vettel by again, though this time they were on different strategies. This was a race either might have been quick enough to win, but Leclerc’s crash in Q2 blunted the team’s competitiveness.

Vettel enjoyed a stronger run of races after then, though Ferrari ruined Leclerc’s race in Monaco with shambolic tactics in Q1. While Ferrari were strong in Canada – where Vettel took pole and nearly won – Leclerc was unhappy with his qualifying performance. He turned that around at the next race and Vettel hasn’t beaten him on a Saturday since.

Both drivers have thrown points away due to mistakes though the less experienced Leclerc has, perhaps unsurprisingly, lost more that way. In Germany he was again quick enough to challenge for victory but his eventual crash looked likely long before it happened. Meanwhile Vettel motored up from last to second.

And as Hungary showed, while Leclerc appears to have unlocked the key to one-lap pace, he has more to learn from Vettel when it comes to race stints. This also means giving his engineers the best possible feedback.

“He is so precise with everything he feels with the car,” said Leclerc when asked what he can learn from Vettel. “This is something I straight away noticed when I listened to him from the first time during a meeting post-session. And on that I still think that I have some improvements to do.”

As the season so far has shown, Leclerc is improving all the time. Vettel’s lead over his team mate is just 24 points. Without Ferrari’s interference in the opening races Vettel’s margin of superiority would be even smaller, and if Leclerc keeps out-qualifying his team mate it is surely only a matter of time before he overhauls him on points too.

Sebastian Vettel vs Charles Leclerc: Who finished ahead at each round