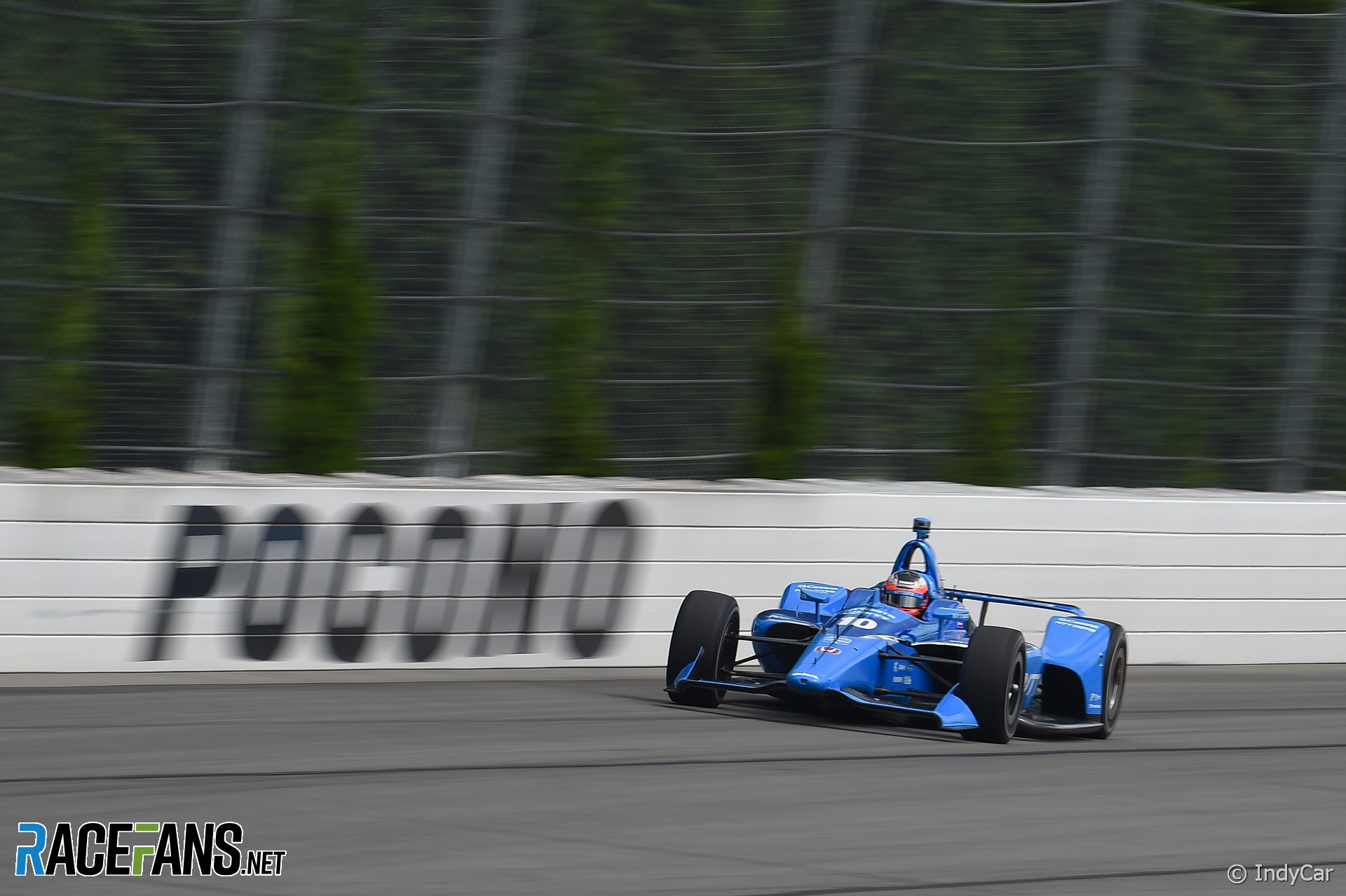 The Pocono 500 has been stopped after a major crash on the first lap of the race involving five drivers.

Takuma Sato made contact with Alexander Rossi while he was side-by-side with Andretti team mate Ryan Hunter-Reay. Sato’s car then spun into Felix Rosenqvist’s, launching the Ganassi driver into the barrier. James Hinchcliffe was also involved in the crash.

All five drivers were taken to the medical centre following the crash. Rosenqvist was subsequently taken to a trauma centre for further evaluation. An IndyCar statement described his injuries as “non-life-threatening”. The other four drivers have been released from the medical centre.

The race has been red-flagged to allow debris to be cleared before the remaining 17 cars tackle the rest of the 500-mile race.

The crash is the latest in a series of major incidents at the track. Four years ago Justin Wilson was killed when his helmet was struck by debris in a crash.

Last year Robert Wickens suffered paralysis after he was launched into the catch fencing on the first lap of the race. Writing on social media following today’s crash he called on IndyCar to stop racing at the three-turn superspeedway.

“How many times do we have to go through the same situation before we can all accept that an IndyCar should not race at Pocono,” wrote Wickens. “It’s just a toxic relationship and maybe it’s time to consider a divorce. I’m very relieved (to my knowledge) that everyone is okay from that scary crash.”