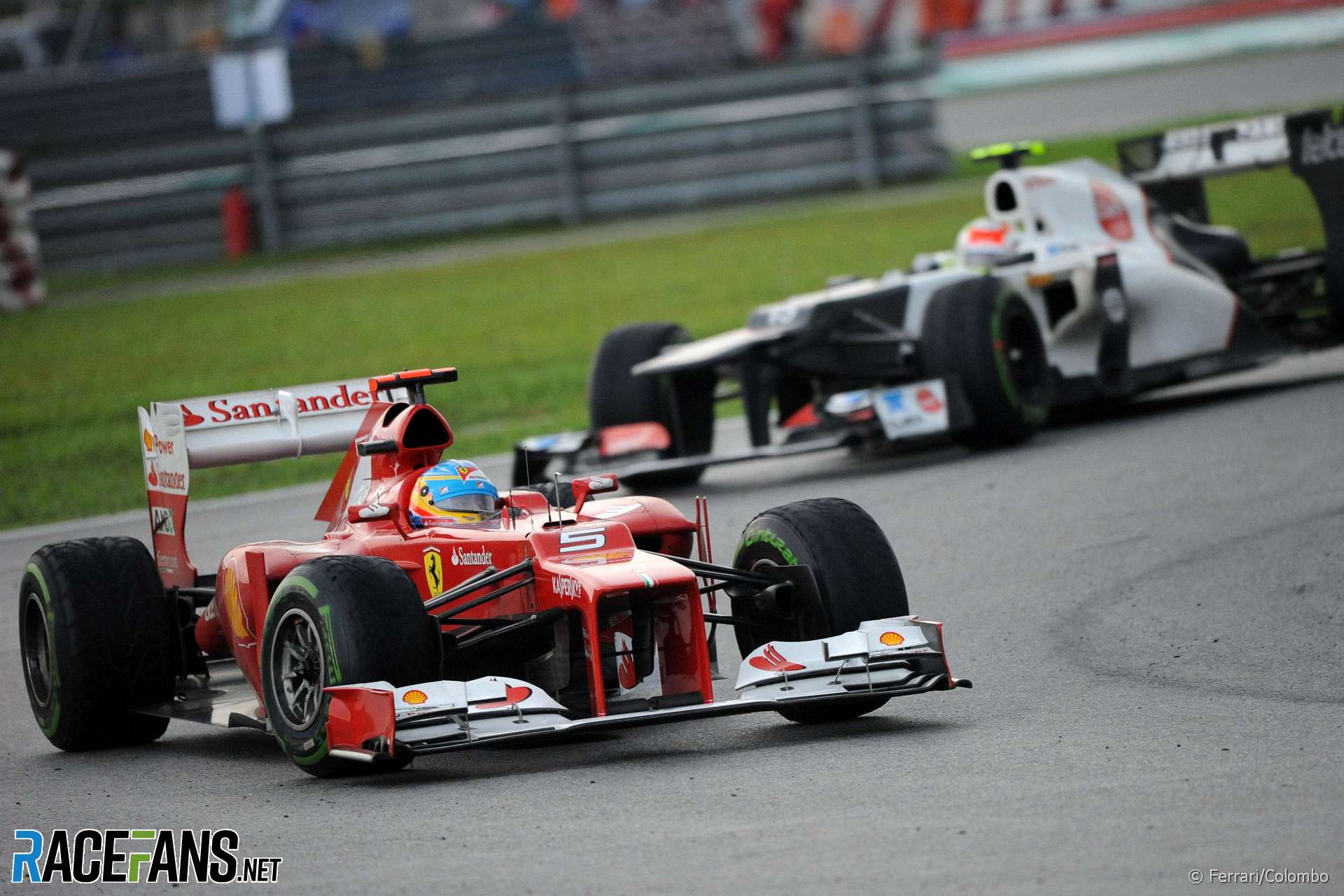 Sergio Perez wants the Formula 1 field to be as competitive as it was in the 2012 season.

The Racing Point driver believes closing up the field should be the sport’s top priority instead of reintroducing refuelling or tweaking the tyre specification.

“I think tyres are a little topic,” said Perez. “At the end I think what I want, all the [Grand Prix Drivers Association] want, is competition across the field.

“We want to have a more regular field across teams. And I think when you look at the midfield it doesn’t matter what tyres you have, you’re going to have good racing on Sunday and you don’t know who’s going to win that race. And we want that for the whole field.

“Hopefully that can be achieved. I think in terms of the tyres, whatever route we would take, it’s not a fundamental or the biggest picture you know what things have to be for.”

Perez is in favour of reducing the weight of the cars, which is due to rise again in 2021, but doubts this alone would be enough to improve the standard of competition.

“Definitely they are on the heavy side. Especially when you start the race with 100 kilos [of fuel] they can be a bit too heavy.

“But as I say I’ve been doing this for the last nine years with this level of cars. I think all the issue comes down to the show that we are able to put.

“What we want to see as spectators [is] a good show. I don’t think they’re too concerned if that’s with five kilos or 100 kilos. The important thing is that we put together a competitive field.

“I think the best example is 2012 when we had eight or nine different winners. The whole series was very competitive. That’s what Formula 1 should aim for to have very soon.”