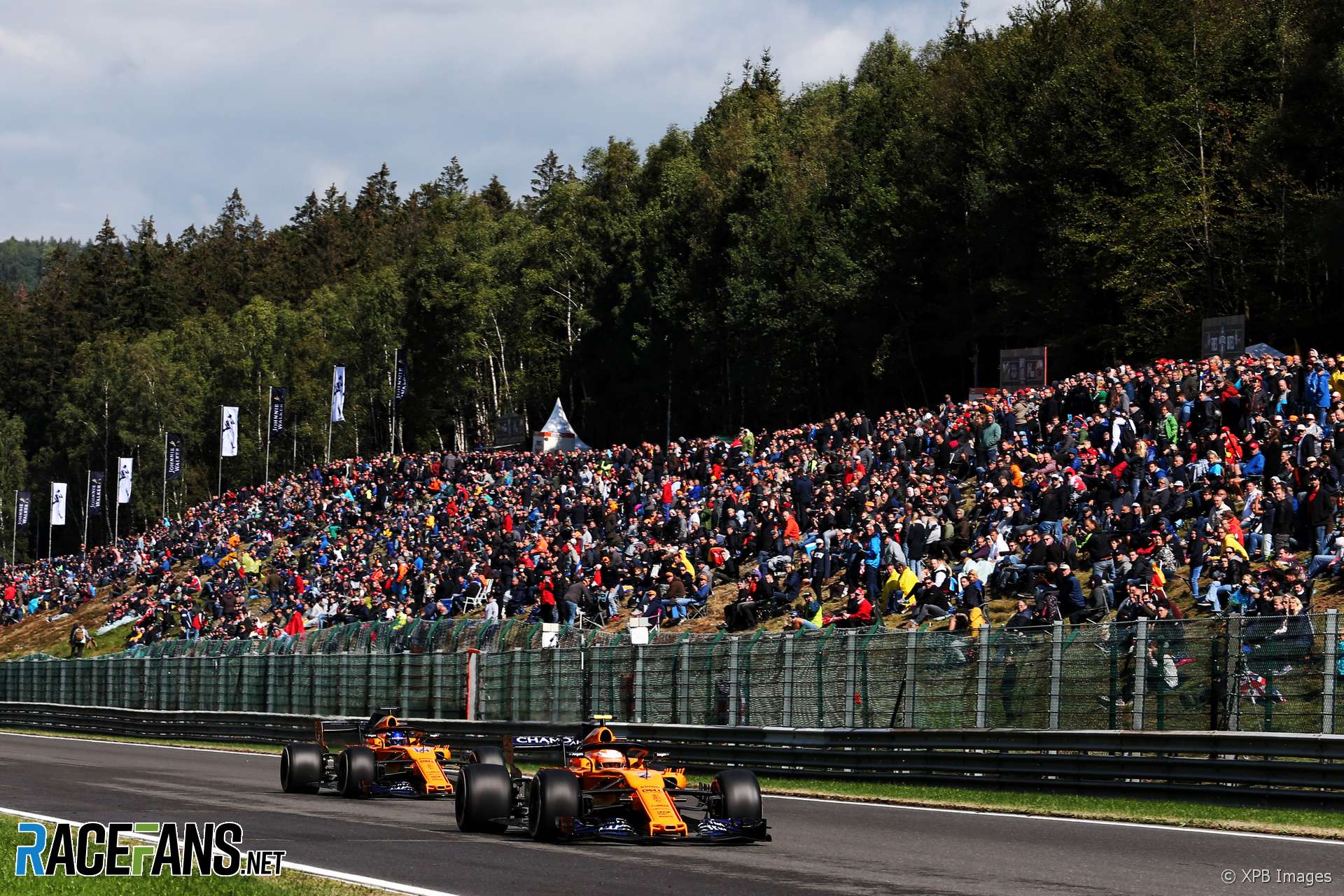 One of the two DRS zones at Spa-Francorchamps has been cut by 20 metres for this weekend’s race.

The activation point for the first zone has been moved from 230 metres from the exit of Raidillon to 210 metres away. The other zone on the start/finish straight is unchanged from last year.

The changes comes after Silverstone and Hockenheim both had one DRS zone removed for their rivals. However FIA race director Michael Masi said this is part of a general reappraisal of how well the system is working and not simply a trend towards making the zones shorter.

“I circulated a document to the teams with basically all the DRS zones for the rest of the year,” Masi explained. “What’s been increased slightly, decreased slightly. There’s a couple of them that have been removed from memory. The teams all now have that information.”

The removal of zones at two of the last three races had led some to conclude F1 was reducing its reliance on DRS to create overtaking opportunities. But Masi denied there was a trend for making the zones shorter.

“[It’s] circumstances, having a look from previous events like the previous year at that circuit: Has it worked? Was it too powerful? Not powerful enough?

“Then the boffins all sit there and crunched data and look at that and then compare it to television and go from there. And also the drivers have given their feedback previously.”