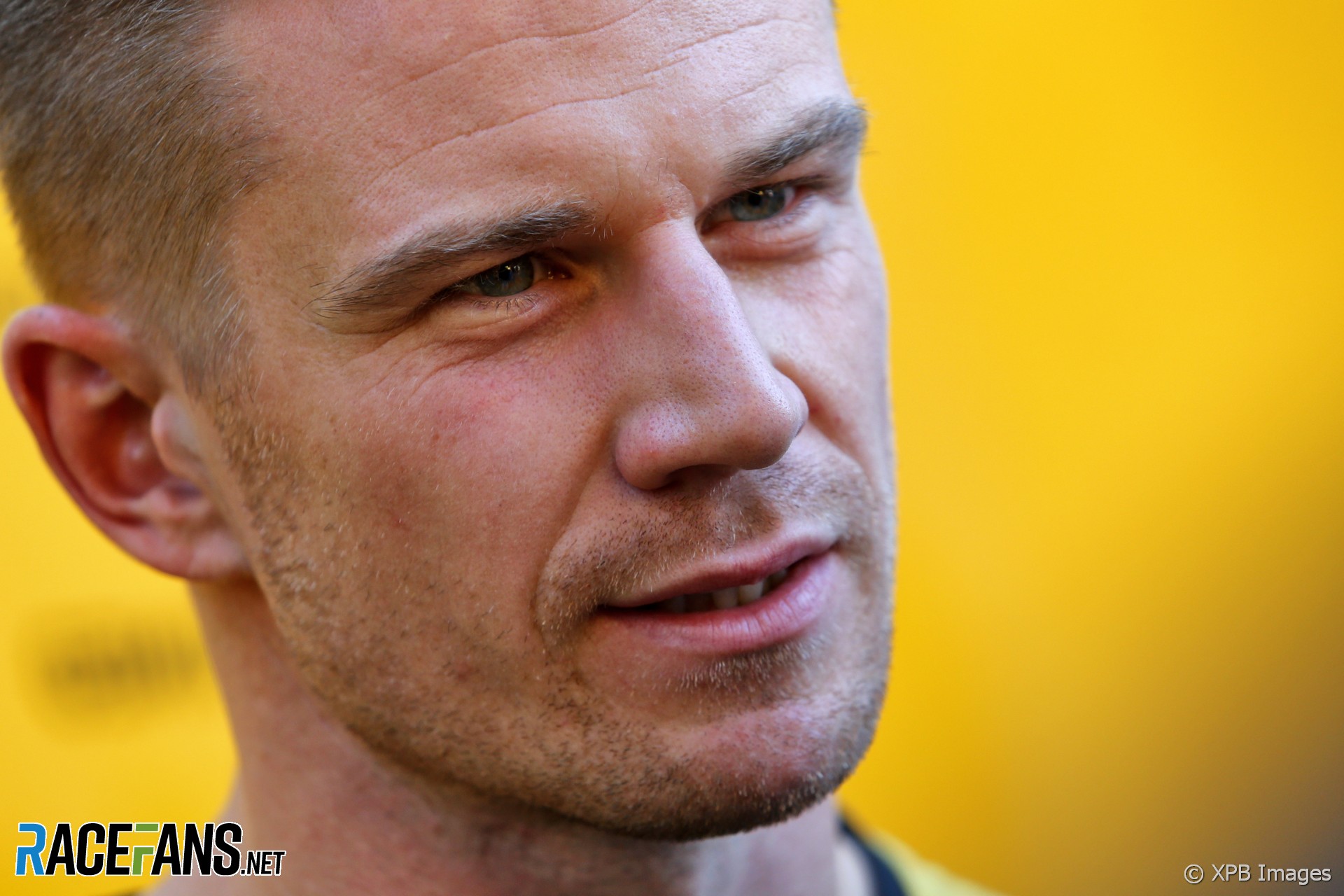 Nico Hulkenberg has suggested reasons other than his performance explain why he will lose his Renault seat to Esteban Ocon for the 2020 F1 season.

Renault has confirmed Ocon will join the team at the end of the season alongside Daniel Ricciardo.

In a post on social media, Hulkenberg said the team had failed to achieve its targets. He also suggested there was more to Ocon’s appointment than a belief he would perform better.

“It’s a pity that the journey with Renault will end after the season, especially as we haven’t been able to reach our goals yet,” said Hulkenberg. “We had hoped to take another step forward this season, but unfortunately we haven’t managed that so far.

“It is well known that the choice of drivers is not only about performance, it is a whole bundle of factors. But that’s the way it is. Surely we would all have liked to see it differently but nevertheless, I’ll keep my focus and try to reach the maximum success for our team in the remaining races.”

Hulkenberg indicated he is looking at potential opportunities to remain on the grid this year.

“With regard to 2020, I am confident to find a good solution, but there is nothing to announce at the moment.”

28 comments on “Hulkenberg: Renault driver change is “not only about performance””