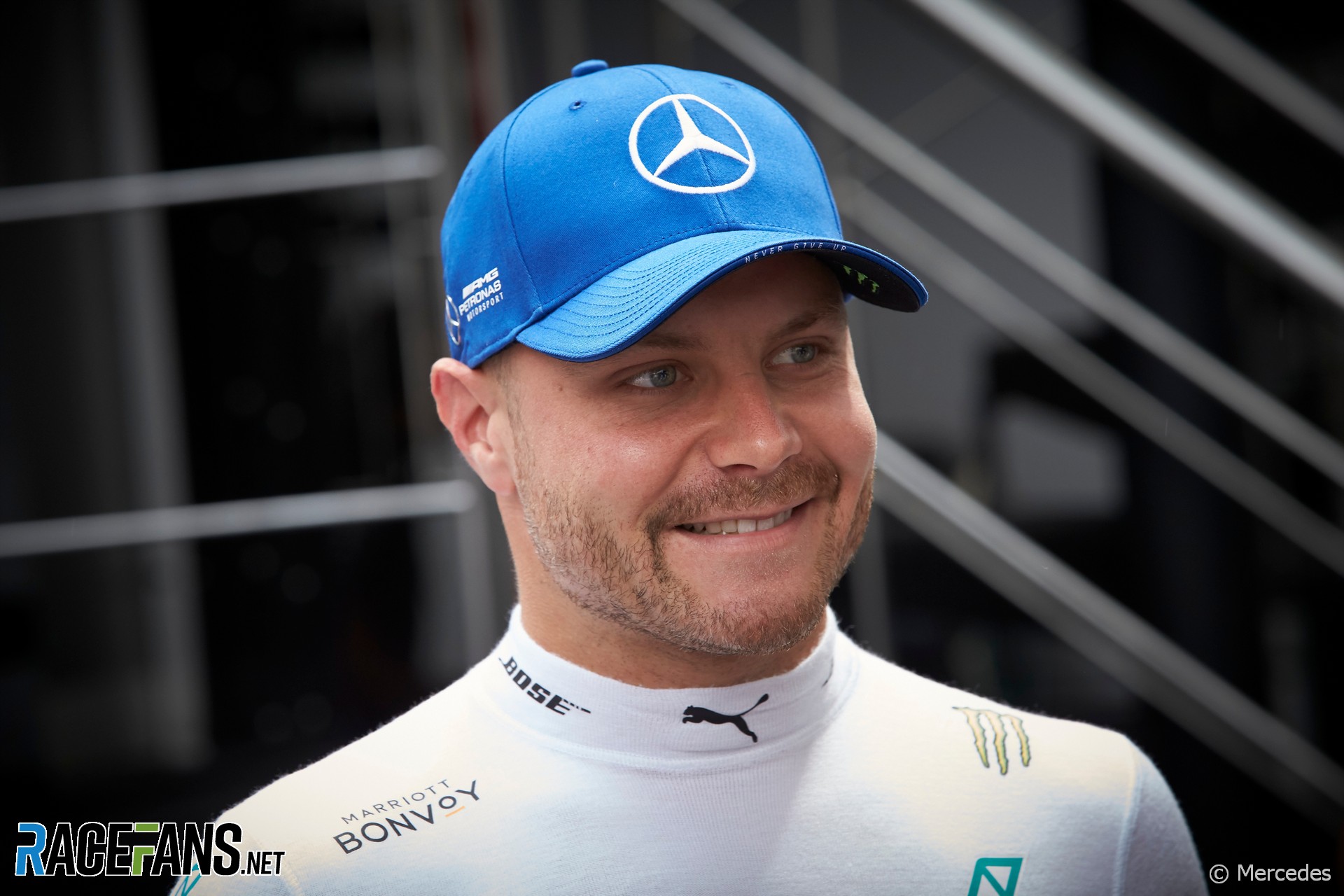 Valtteri Bottas will continue to drive for Mercedes in 2020, the team has announced.

Mercedes has chosen to continue with Bottas instead of elevating reserve driver Esteban Ocon, who was being considered for a promotion.

“I am very happy and proud to be part of the team for a fourth season and wish to thank every team member and the board of Mercedes for their trust and belief in me,” said Bottas.

“My performances have been getting better and better each year, and this is a great way to kick start the second half of 2019.

“My overall target is to become Formula 1 world champion. I believe that on paper, and from my experience with the team, Mercedes is the best option for me to achieve that goal in 2020.

“We have nine races to go this season and I am determined to keep improving at every one of them. Now, all my thoughts are on Spa and delivering a strong performance with the team this weekend.”

The decision means Bottas will remain at the team for a fourth season. He originally joined them in 2017, when Mercedes needed a short-notice replacement for Nico Rosberg, who unexpectedly retired from the sport after winning the world championship.

Bottas will continue as team mate to Lewis Hamilton, who will go into the final year of his current Mercedes contract next year.

Mercedes team principal Toto Wolff said the team had “set Valtteri the challenge of coming back even stronger than we saw him in the first part of 2018”.

“He has achieved that, with some really impressive performances in the early races this year.”

Wolff described Bottas as “an integral part of our championship success in the past two seasons.”

“His teamwork with Lewis has been exemplary and he has shown real strength of character in how he has responded to setbacks,” Wolff added. “I’m delighted that he will stay with the team for another season at least – and look forward to seeing him raise the bar even further.”

See the updated list of 2020 F1 drivers and teams

49 comments on “Mercedes confirm fourth season for Bottas in 2020”