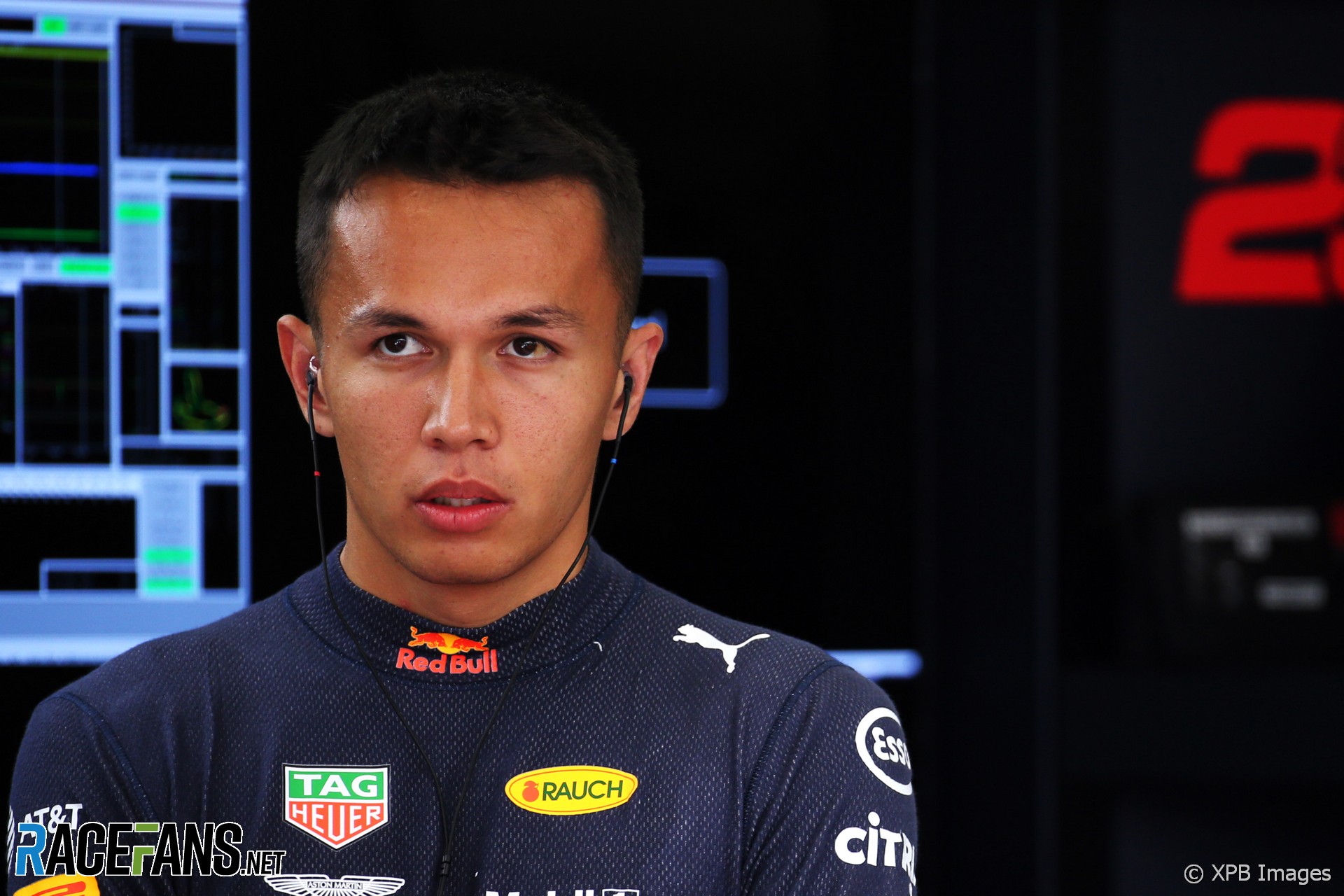 Red Bull team principal Christian Horner says he expects Alexander Albon to be in contention for podiums over the second half of the season.

Albon is driving his first race for Red Bull this weekend following his promotion from Toro Rosso. His team mate Max Verstappen has scored six podiums including two wins so far this year, which Horner says shows the standard Albon must aim for over the remaining nine rounds.

“The car is capable of delivering podiums,” said Horner. “So that has to be our target, to be challenging and pushing for podiums.”

“We want to see progression during these remaining nine races,” he added. “Let’s see where we are in Abu Dhabi and we’ve got a much better picture.”

Albon will have to start the race from the back of the grid as his car has a new power unit this weekend. Horner said this means he will have “a slightly less pressurised weekend which is probably a good thing for him.”

Today was Albon’s first chance to drive the RB15. He ended the day three-tenths of a second behind Verstappen, who was running a more conservative engine mode and made a mistake on his qualifying simulation lap.

“He’s got in, he’s got a very good feel, he’s given feedback very consistent with that of Max and I think he’s done a pretty decent job on his first day.”

“I haven’t seen all the analysis but he’s certainly within a few tenths which is encouraging for a first run in the car,” Horner added.

“They’ve been running different programmes in the afternoon, he’s done one day in the simulator for us and two sessions in the car and I think he said there’s quite a lot of differences to the Toro Rosso to adjust to. You can tell he’s very bright, he’s intelligent, he’s asking all the right questions. I’d say it’s been a positive first day.”

Albon has taken over from Pierre Gasly, who struggled on his last few outings for the team. In response to a question from RaceFans, Horner said Albon’s arrival has been good for morale: “I think certainly in the garage it’s put a spring in everybody’s step.”