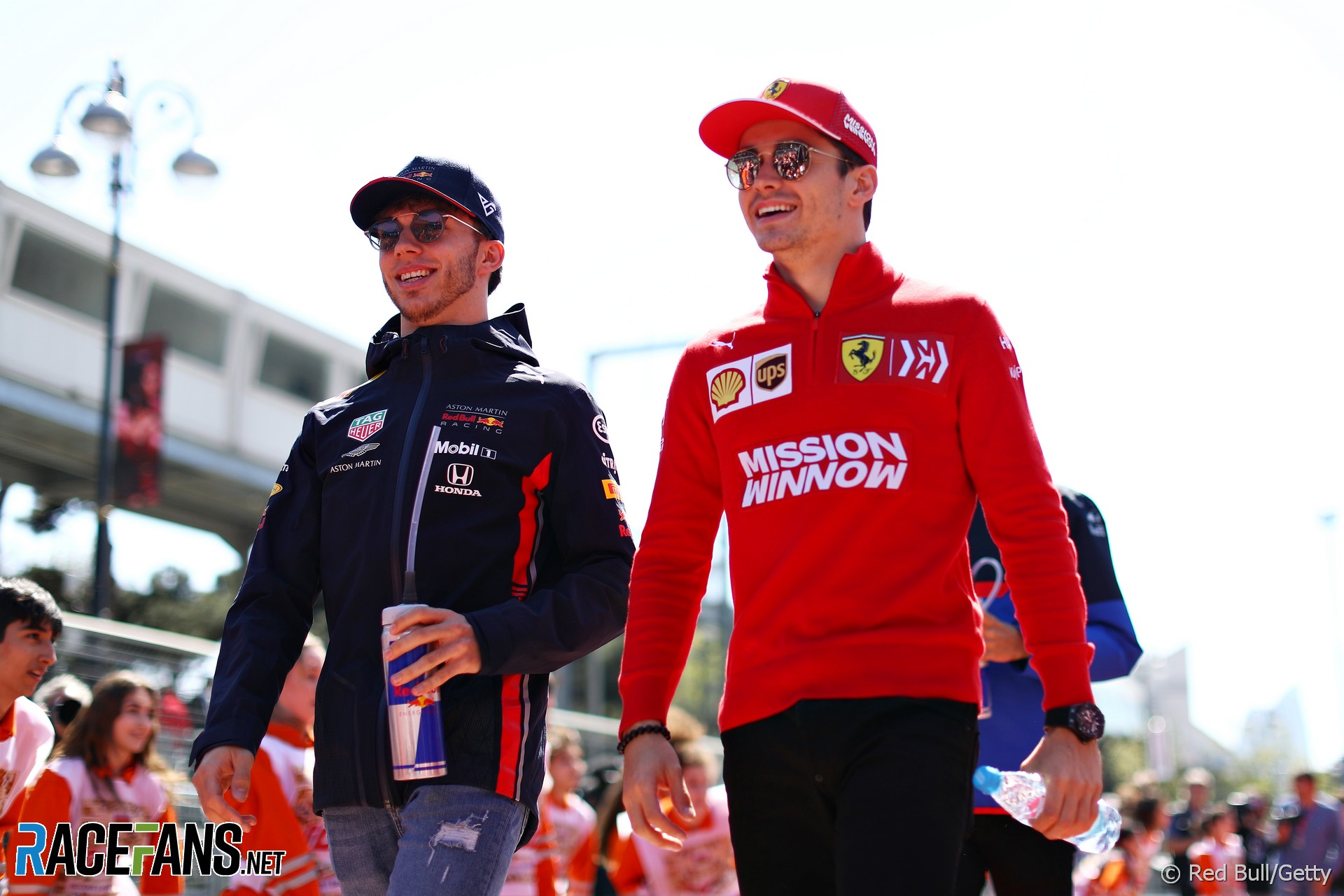 In the round-up: Charles Leclerc expresses sympathy for Pierre Gasly after Red Bull demoted him back to Toro Rosso.

Leclerc was asked about Gasly’s seat swap with Alexander Albon:

I feel for Pierre. He’s a very good friend of mine. I’m pretty sad for him. But I think it’s also an opportunity for him to have a second chance and I hope he will take the full use of it.

Would @HulkHulkenberg be happy to end up as @KevinMagnussen's team mate next year despite their history together? #F1 #BelgianGP pic.twitter.com/tVjUVbsTXh

WEC will award 25 points for a win in four and six hour races, 38 points in eight and 10-hour races, and 50 points for winning the Le Mans 24 Hours.

"He struck me as someone who knew that he had various disappointments in the past, whether that be his early departure from the Red Bull Junior Team or his 2017 F2 season with ART, and in 2018 he found himself in a zone where he was in a good team and it was his last chance to shine to such an extent that he could get another opportunity to get to the top – and nothing was going to stop him from grabbing that opportunity."

The next chapter (Red Bull)

Alexander Albon: "Everyday after school I was nagging my dad to let me drive as much as possible. There was some open land next to where we lived and he would put down some bricks to make a figure-of-eight track, and time me just doing laps, it went from there."

"Mercedes needed to do that because they haven’t raced with hybrids at Le Mans and they needed to know more about electric cars. This team could pretty much take a lot of carryover from electric technology and learn how to control them and map all that."

"The doomsday scenario is that Mercedes has decided not to continue in F1 beyond 2020. It is not happy with the proposed regulation changes, either the aero or the standardisation."

For me it’s a good move. I was impressed by Ocon’s consistency and overall speed in his first year.

To be honest Hulkenberg had his fair share of opportunity in different teams to try to show he’s big team material. When the pressure mounts he never showed to deliver, and I think that counts. Maybe he can be a good move to Haas, it would fit well at Racing Point if Lawrence Stroll didn’t own the team, but maybe he will be a good fit for Williams. He’s been there, and it would be a good benchmark for Russell, also Williams would profit from his experience.
@Mmertens