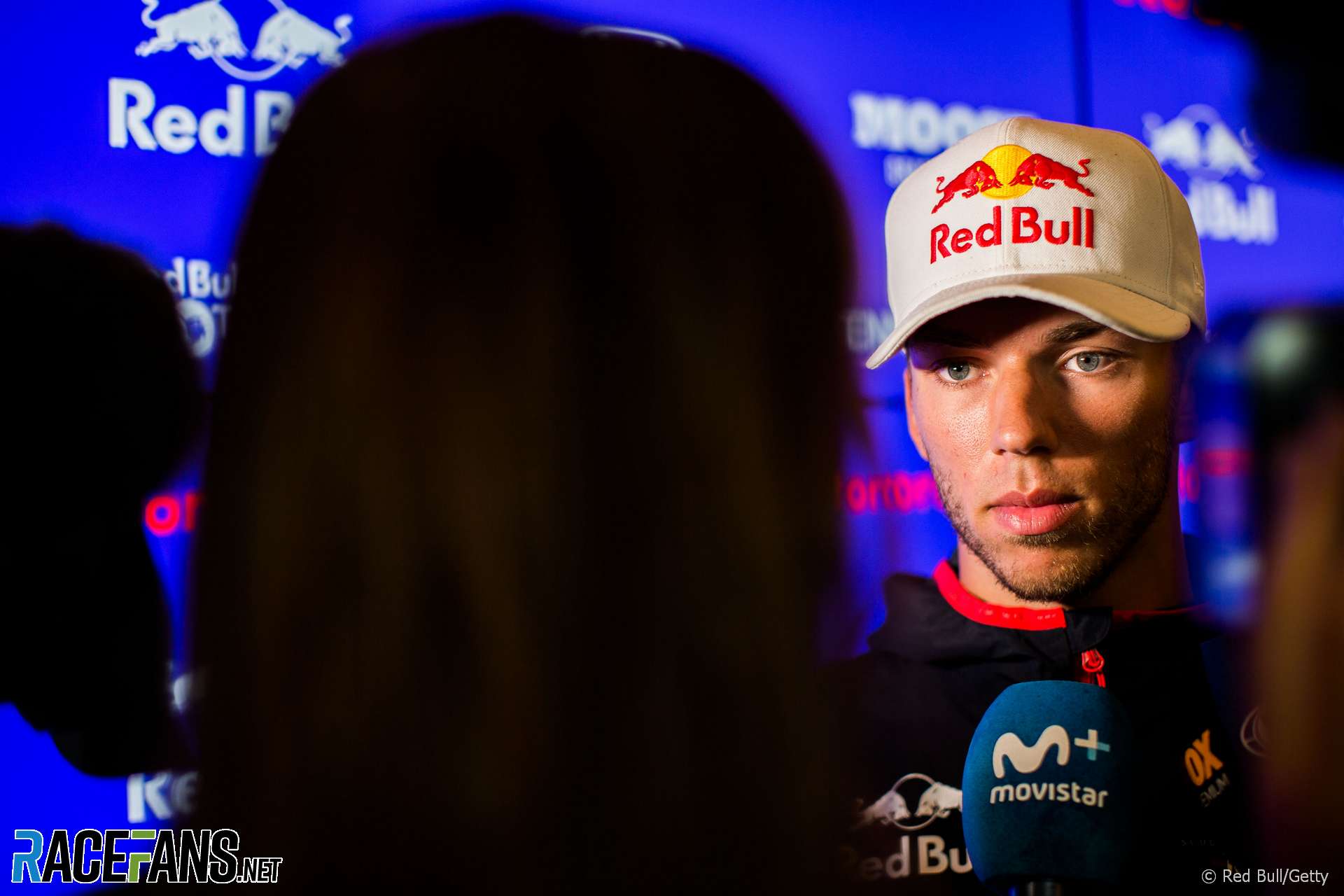 Christian Horner has explained why Red Bull decided to replace Pierre Gasly with Alexander Albon just 12 races into his first season with the team.

Following the last race in Hungary Horner said the team intended to keep Gasly in place until the end of the year. But a little over a week later they announced Gasly had been replaced by Albon.

“We took a bit of time to reflect after Hungary,” Horner told Sky. “Hungary was obviously a tough weekend for Pierre.

“We came to a conclusion that it was almost fairer for Pierre and from a team perspective, to say ‘we’re in a unique position where we’ve got four cockpits in Formula 1, let’s take the pressure off him.’

“He was obviously struggling with that pressure. The situation was getting worse and worse and compounding itself. [We decided] to give him time to rebuild himself in Toro Rosso, to give Alex the chance.

“We know Danny Kvyat, we know him very well, we see his potential. But with Alex we’ve seen his potential as well with the simulator running he’s been doing and so on. [So we decided] to take these nine races to evaluate him between now and the end of the year to decide who’s going to be Max [Verstappen’s] team mate for next year.”

Albon ended the first practice session within a tenth of a second of Verstappen. Horner said he was impressed with his new driver’ first effort in a different car.

“So [it’s] very different for him so I was hugely impressed to see him jump in and adapt. He’s a very intelligent young driver. I think using that intelligence, using the preparation he’s done in the simulator, he’s done a really good job in his first outing.”

Horner said the team’s first option for Verstappen’s team mate for the 2020 F1 season will be to use either Albon, Gasly or Kvyat. However he did not rule out bringing in a driver from outside the Red Bull young driver programme, such as Nico Hulkenberg.

“Obviously it depends how things pan out over the next few races. Ideally we’re going to be looking within that pool of three.

“If [Hulkenberg’s] on the market which obviously he is – is he going to be a Haas drive next year – we’d prefer to take one from the three that we have.”