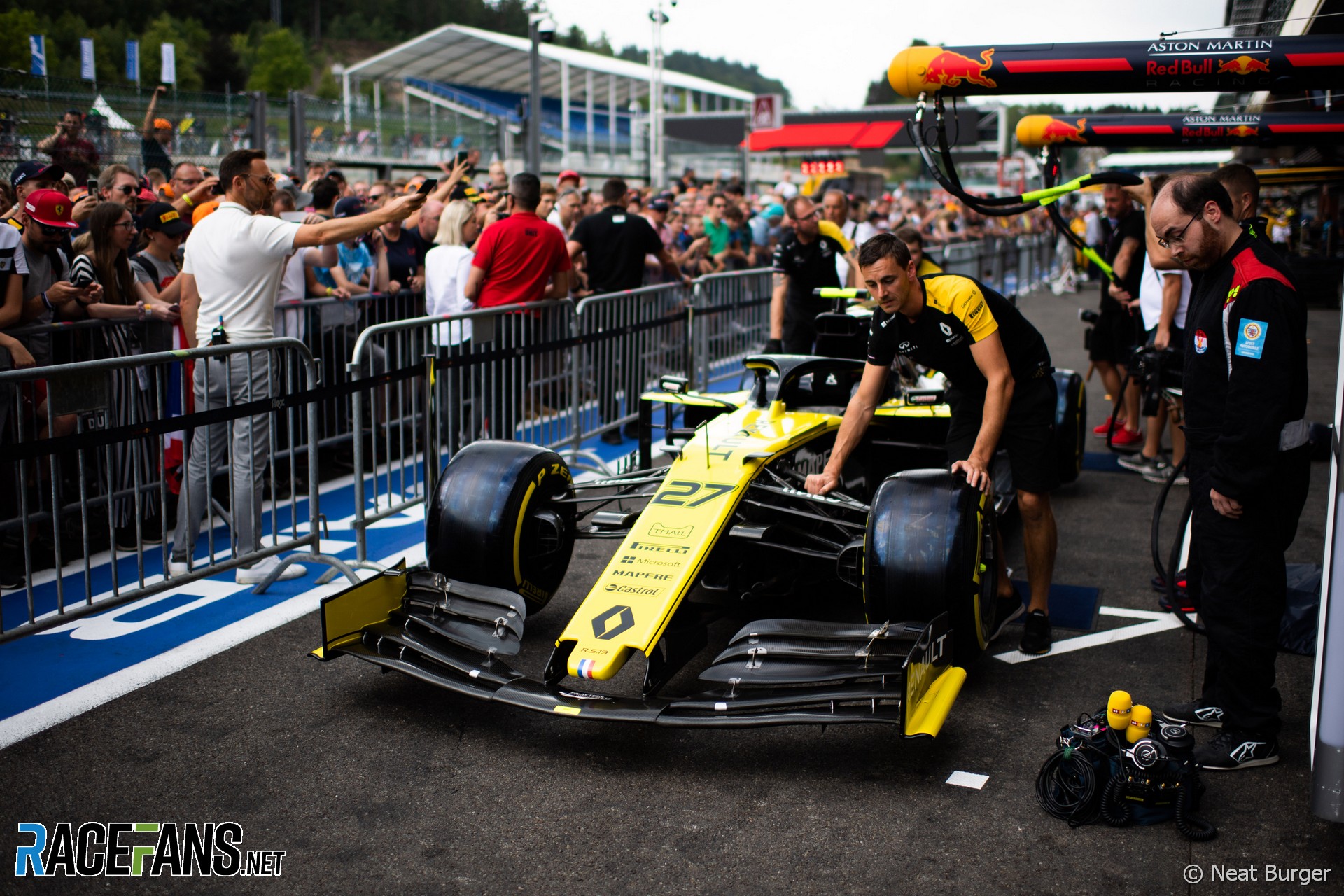 Six drivers will have grid penalties for power unit changes at this weekend’s Belgian Grand Prix.

Renault has confirmed both its drivers will use a new specification engine this weekend. As they have already used their maximum allocations of internal combustion engines, Daniel Ricciardo and Nico Hulkenberg will both take five-place grid penalties.

The pair join Alexander Albon and Daniil Kvyat, who will be the first to use Honda ‘specification four’ power unit. Albon, who has taken over Pierre Gasly’s power unit allocation after taking his place at Red Bull, will therefore have a grid penalty for his first race for his new team.

Mercedes has also introduced a power unit upgrade for all of its users. Of those only Lance Stroll will receive a penalty, having had to fit a new power unit earlier in the season.

Engine components used as of first practice at Spa