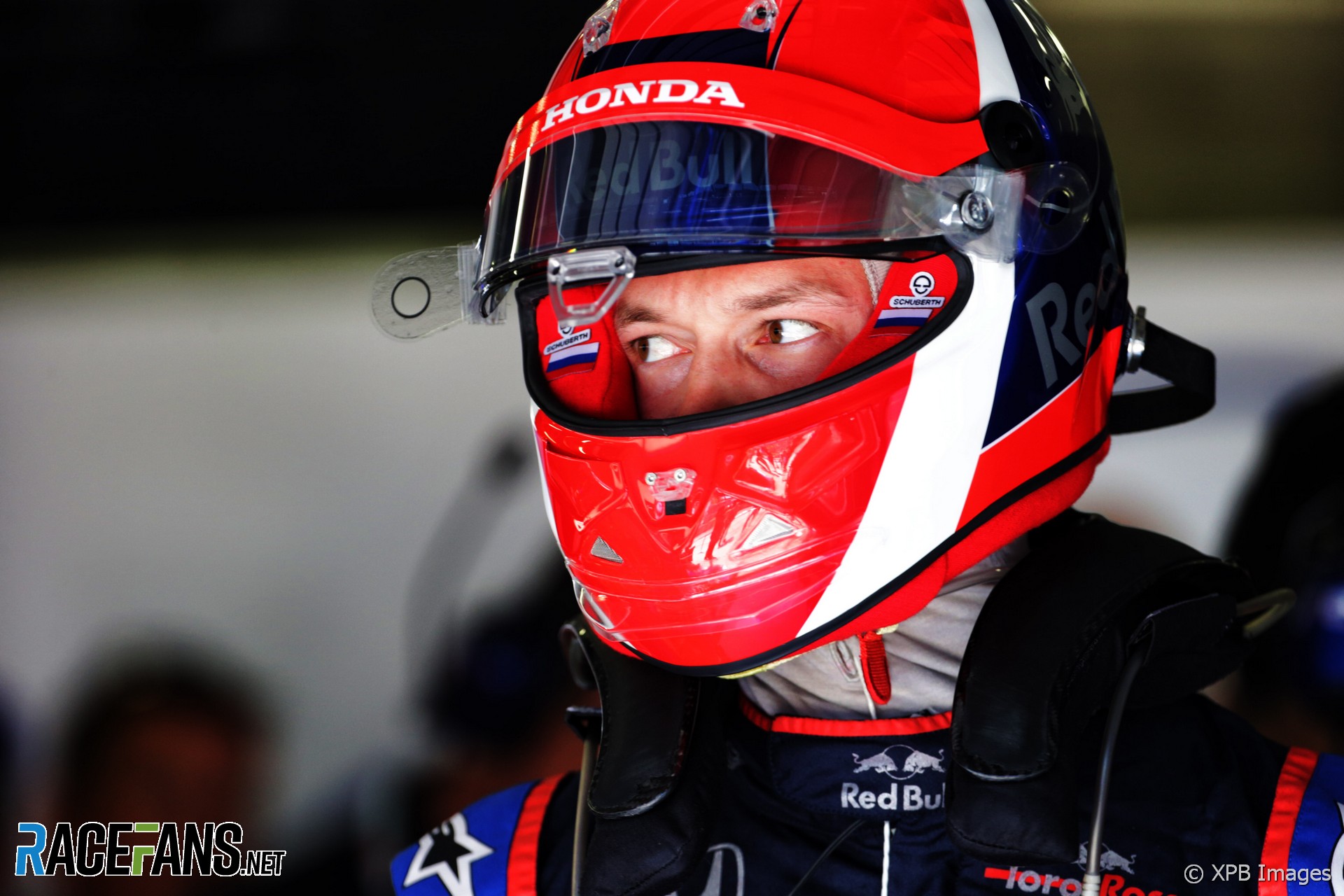 Daniil Kvyat says he was not disappointed to miss out on a chance to return to Red Bull despite enjoying a “fantastic” return to F1 this year.

Alexander Albon, Kvyat’s former team mate at Toro Rosso, was chosen instead by Red Bull as a replacement for Pierre Gasly.

While Kvyat pointed out he’d scored a podium finish just two races earlier, only the second such finish in Toro Rosso’s history, he said he doesn’t “have any disappointment or anything” over Red Bull’s decision.

“My job doesn’t change,” he said. “My year has been fantastic so I look at that rather than other things that are a bit more out of my control.

“I think I just will keep focusing on doing my own thing, try to really do the best I can in the last nine races of the year. It will be a good thing. In the end you never know what the future holds.”

“I guess they had their reasons,” he added. “My year has been very strong, that’s for sure, it’s never been out of the question. But they had some other reasons I guess to try Alex in a very competitive car.”

Kvyat expects Albon will find it difficult to go up against Max Verstappen at Red Bull. “I think someone who can match Max straight away for sure it’s not an easy task in the nine races of the year to jump right in and straight away match Max.

“But nevertheless the decision is Red Bull’s, I have to respect it and accept it so no problems with that.”

Red Bull team principal Christian Horner explained why they had chosen Albon over Kvyat. “We considered Daniil of course, he’s doing a very good job with Toro Rosso this year,” he said.

“But we also felt a few things. One, that it would be perhaps hurting Toro Rosso too much by taking their most experienced driver away. We also felt we’ve got a pretty good understanding of Daniil, he’s been in the programme for some time, he’s driven for Red Bull Racing previously, and we were quite keen to have a look at Albon based on his emerging ability during that first 12-race period.”