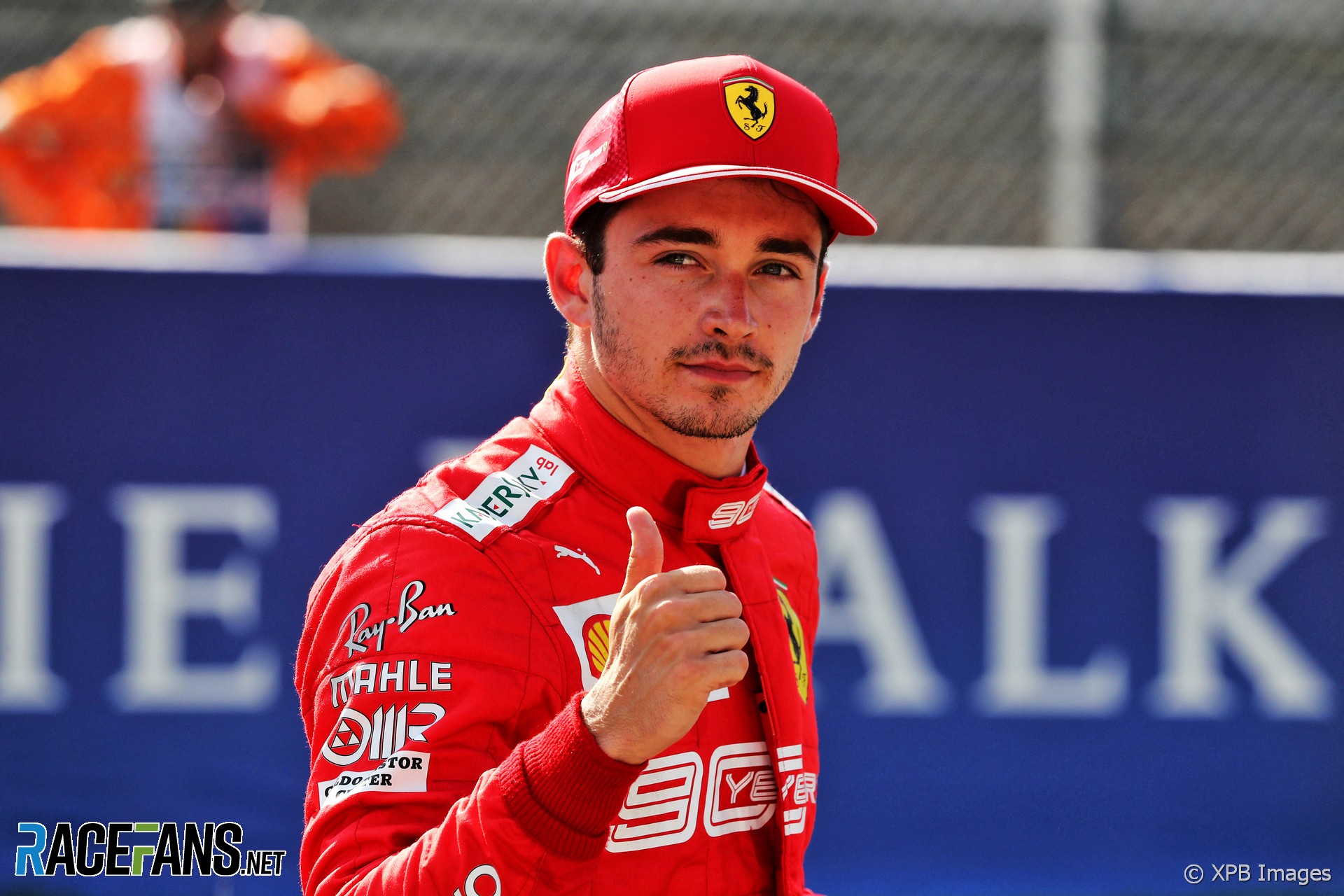 Charles Leclerc said he was surprised to be so far ahead of his team mate after taking pole position for the Belgian Grand Prix.

The Ferrari drivers will share the front row of the grid but Leclerc was over seven-tenths of a second quicker than Sebastian Vettel.

“It was very tricky,” he said, “especially in Q3 I struggled quite a lot. The start of the lap was always very messy because there was quite a lot of traffic with all the cars around.

“But at the end I managed to do the full lap correctly. I’m very happy. I definitely did not expect to be that much ahead but very happy with my lap anyway.”

Leclerc is enjoying a strong run of form in qualifying at the moment. Tomorrow’s race will be the sixth in a row which he starts in front of his team mate.

“I’ve done some changes in qualifying and I definitely feel the difference and feel it’s going in a good way,” he said.

“As I said in Hungary now I need to focus a bit on the race because in some races I haven’t been as good as I wanted to. So now I’m trying to focus on that, to try to rebalance a little bit and we’ll see how it goes.”

Leclerc was passed by Vettel in the closing stages of the race at the Hungaroring. “I’ve been analysing quite a lot Hungary,” he said. “Actually maybe it looked worse than it was.

“But there’s definitely some work to do on my side on this so we’re see if tomorrow it pays off. I changed a few things,m very small things, but details always make the difference at this level. We’ll see tomorrow if it’s any better.”

5 comments on “Leclerc surprised by 0.7-second gap to Vettel in qualifying”