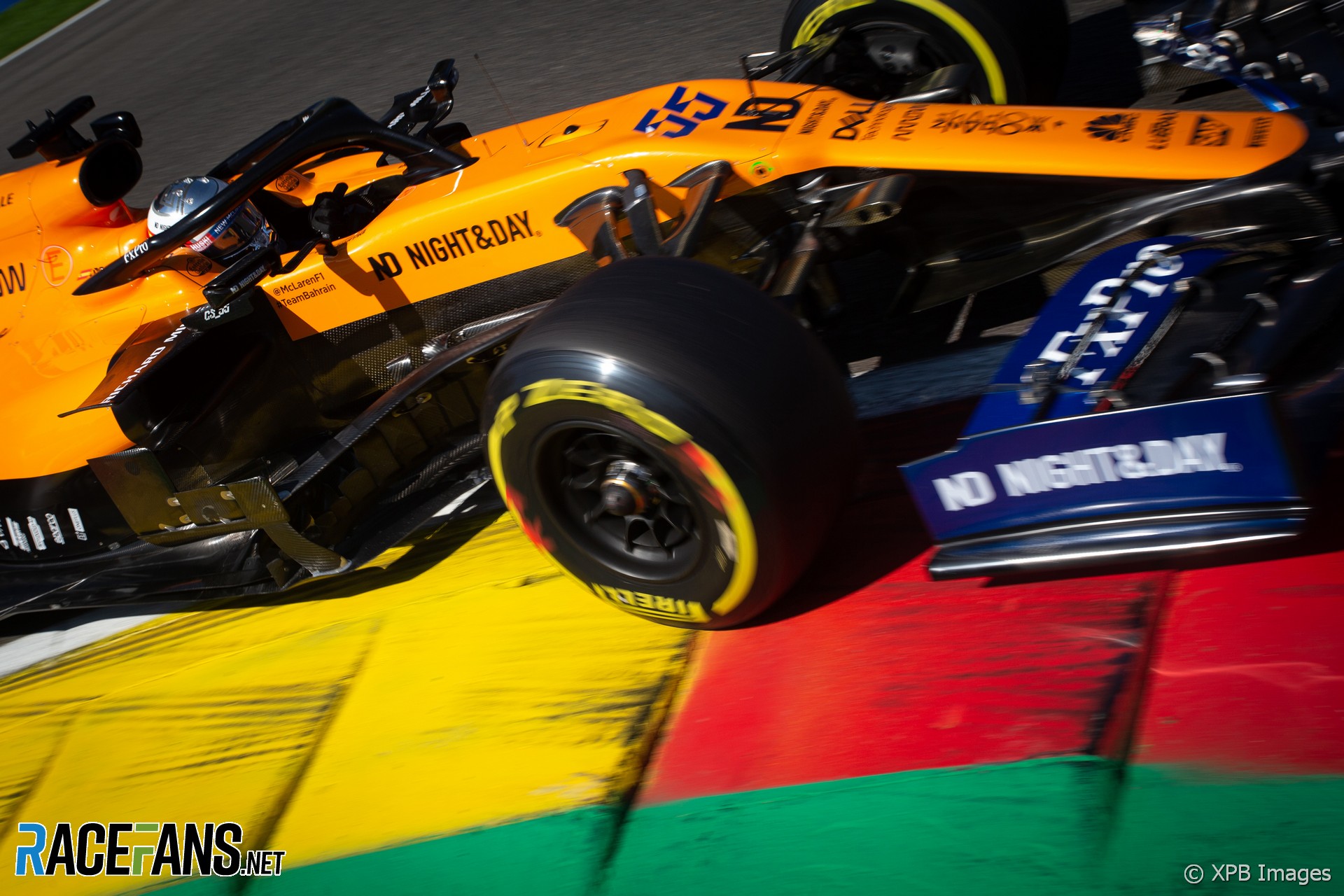 Despite a year of development every F1 team has failed to lap quicker at Spa-Francorchamps than they did in 2018 – with a single exception.

McLaren is the only team to have set a quicker lap time over the race weekend so far than they managed last year. And it hasn’t been an especially competitive weekend for them by their recent standards either – neither of the MCL34s made it into Q3.

In a year where F1 cars have been quicker at most venues they’ve visited, lap times have been slower on the whole at Spa. This is despite the fact part of qualifying was held in wet conditions last year, when the 2018 cars might have gone even quicker.

Ferrari may have swept the front row of the grid, but Charles Leclerc’s pole position time is over a second slower than they managed last year. And most teams have lost even more time than that.

Williams have posted the worst year-on-year performance again, as they have at every race besides Hungary, lapping two-and-a-half seconds slower.

There have only been two other tracks this year where the existing track record has not fallen:

However this year’s car’s are quicker than any other F1 cars were prior to 2018 around Spa’s current configuration.