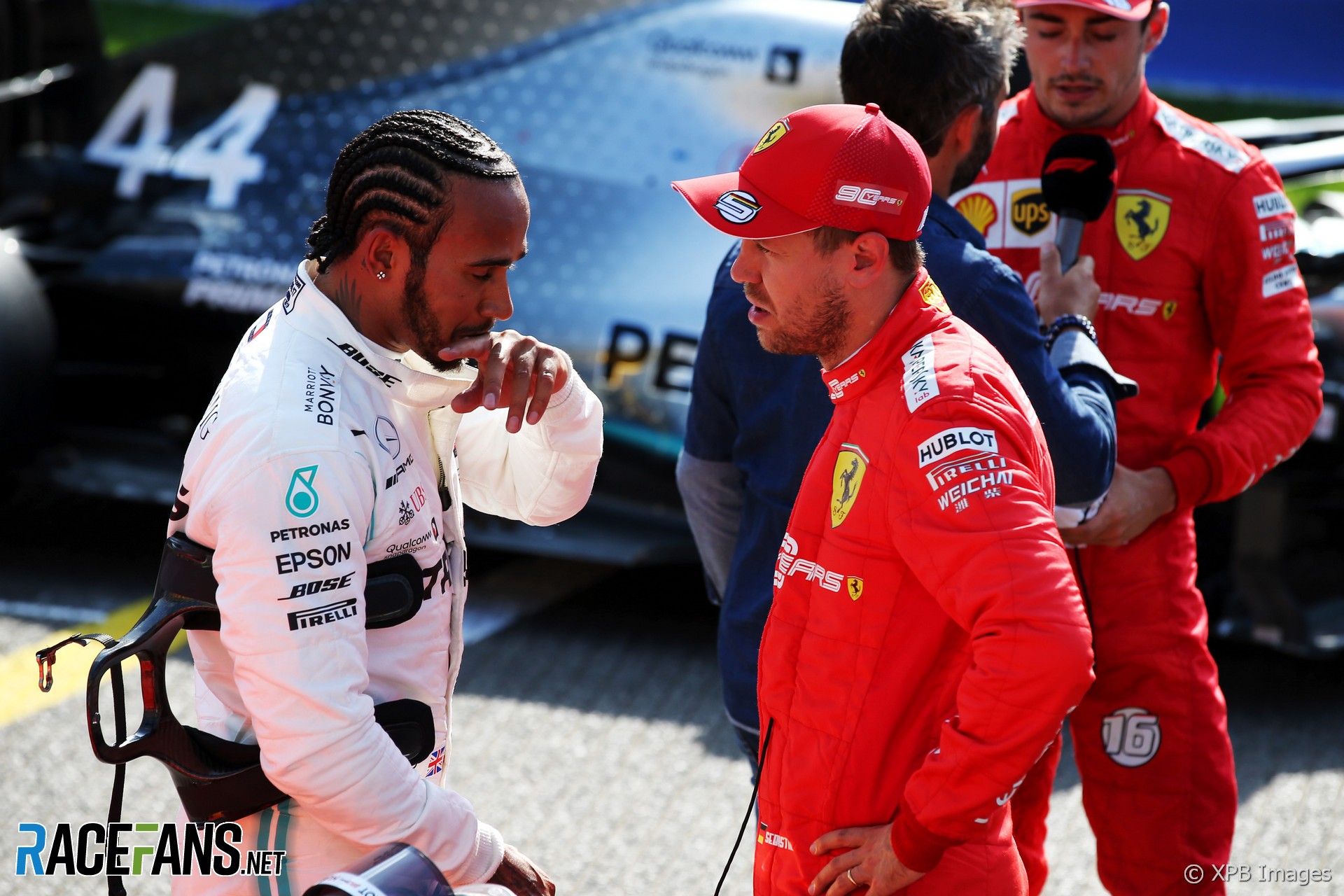 Lewis Hamilton and Sebastian Vettel have warned the need to keep F1 tyres in the correct operating window is contributing to “dangerous” situations during qualifying.

At some circuits drivers are having to balance the need to prepare their tyres carefully while ensuring they stay close enough to the cars ahead to benefit from a slipstream. There have been several occasions this year when drivers have failed to start laps on time in Q3 or had laps spoiled because of this.

Hamilton was involved in a near-miss with his own team mate yesterday during his preparation lap before his first run in Q3. Vettel complained that his Q3 session had been “a mess” after struggling to keep his tyres at the correct temperature while also running close enough to a rival to benefit from a slipstream.

However Vettel believes the problem shouldn’t be addressed through a rules change. “What should change, what we should take from this, is that tyre-wise we shouldn’t be so much on the limit,” he said in the press conference immediately after qualifying.

“Obviously you’re fighting for a tow and so on but you’re also fighting to get into the optimum window, which years ago it wasn’t that critical, whereas now it is.”

The severity of the problem has varied from track to track. Vettel expects it will be a bigger problem at the Italian Grand Prix next week.

“You’re fighting for the best spot on the track which will hit the peak next week in Monza for finding the right tow because it does make a difference. It has also been part of those type of track, let’s say, but I feel if we had better tyres we could play with probably a bit more speed and so on.”

Hamilton said the minimum tyre pressures set by Pirelli is also contributing to the problem. Pirelli increased the minimum pressures for rear slick tyres to 21psi after second practice at Spa.

“I agree with Seb,” said Hamilton. “Every weekend they put the pressures up so high it’s crazy, which again makes it a little bit harder for us. The tyres are so hard so getting them working.”

The world championship leader said the problem has got worse since last season.

“I think this year is definitely the slowest we’ve been. Today felt a little bit dangerous at one point because we were going round turn 15 on the kerb and there was a car coming and I couldn’t move, go on the grass. I was stuck behind Valtteri and I think the next – Hulkenberg or whatever.

“I can imagine if I was on a lap and I was coming round that everyone was crawling around at five miles per hour it would be a bit of a worry and a bit of a distraction.”

“You shouldn’t be able to go five miles an hour or two or whatever we were doing,” he added, “because we were literally going as slow as possible to let people past. I did it in Austria, I think, to let everyone by because I was the first car out there and the tow is so strong this year with this car.

Hamilton believes the draggy nature of the 2019 cars has made the problem worse.

“They talk about the front wing [making it] easier to follow, it’s just caused a lot more drag. This is a draggier car this year so the slipstream is even more powerful or the tow is more powerful than we’ve ever experienced.”