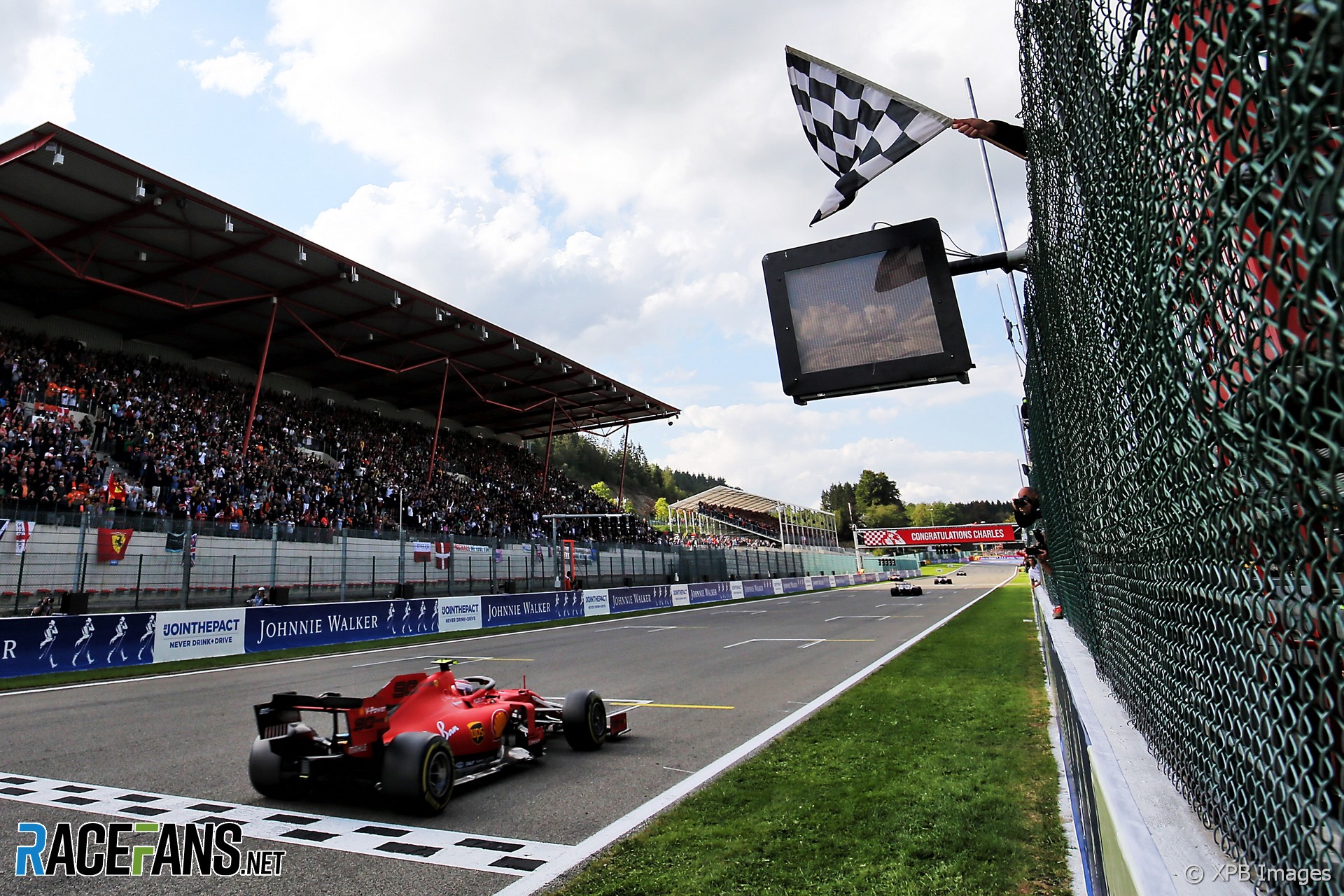 Hamilton took over a second per lap out of his rival in the closing stages, and the pair crossed the line separated by less than a second.

Leclerc led from pole position convincingly ahead of Vettel, who then pitted early when he came under pressure from Hamilton. Leclerc, Hamilton and Valtteri Bottas all ran longer first stints, which elevated Vettel into the lead temporarily.

But Leclerc swiftly caught his team mate and Ferrari wasted no time telling the slower Vettel to let him by. A few laps later Hamilton fought his way past for second, and began his pursuit of Leclerc, though he ultimately had to settle for second. Vettel made an extra pit stop, surrendering third place to Bottas, but was never able to get back on terms with the Mercedes.

Lando Norris spent much of the race in fifth place but was denied the place when he suffered a suspected engine failure on the penultimate lap. That promoted Alexander Albon to fifth, though the new Red Bull driver is under investigation for an incident with Sergio Perez at the end of the race. Perez took sixth.

The other Red Bull didn’t make it as far as lap two. Max Verstappen got away very slowly, then tangled with Kimi Raikkonen at the first corner, and crashed out with damage at Raidillon.

Both Toro Rosso drivers saw the chequered flag in the points, Daniil Kvyat ahead of Pierre Gasly, the pair separated by Nico Hulkenberg. Daniel Ricciardo had to pit for damage inspection at the end of the first lap. Lance Stroll picked up the final point courtesy of Norris’s retirement.

Antonio Giovinazzi was another late-race retirement after crashing out at Pouhon.