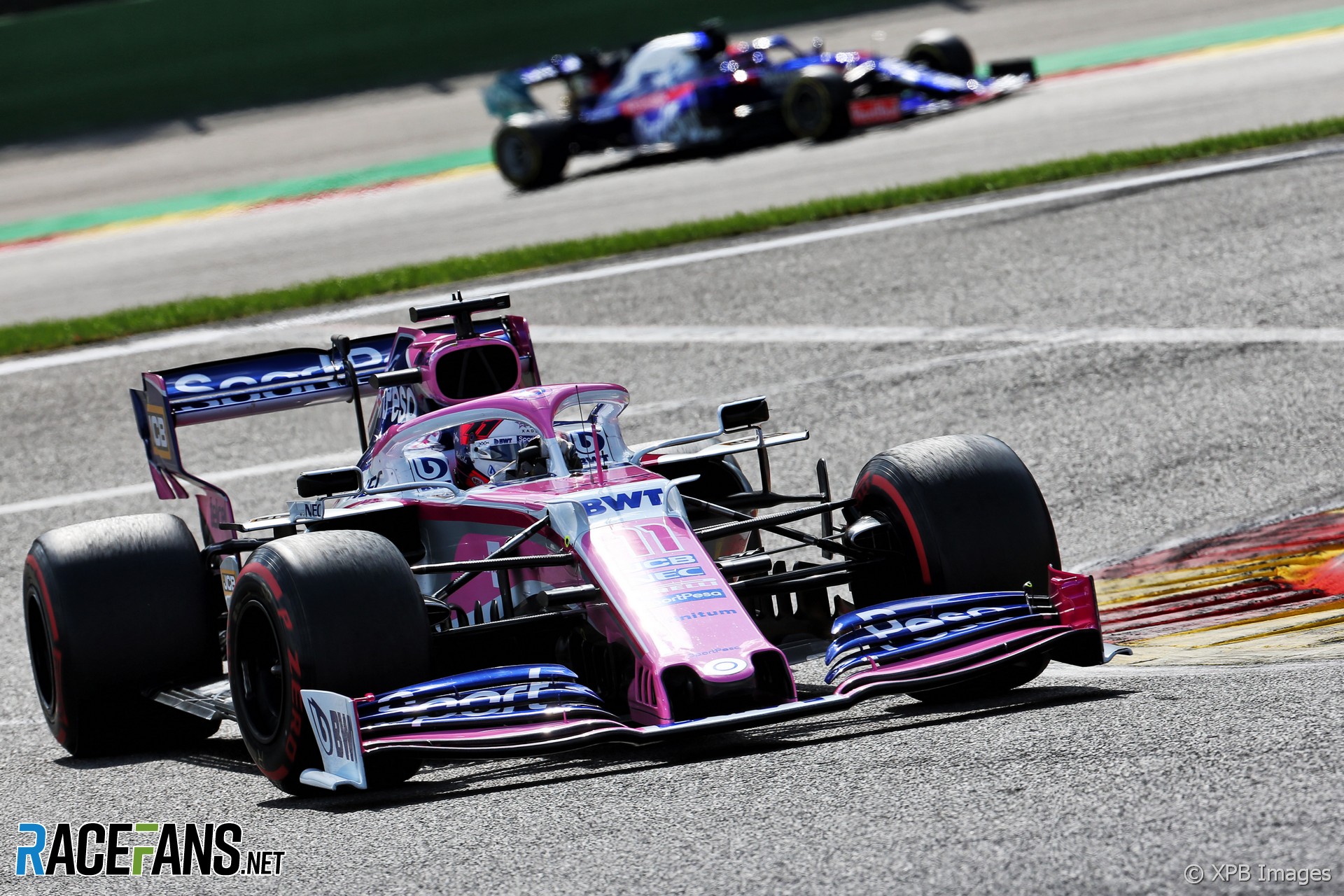 Sergio Perez has avoided a penalty for his last-lap move on Alexander Albon which saw the Red Bull driver pass him with two wheels off the grass.

The stewards investigated the Racing Point driver for forcing Albon off the circuit on the Kemmel straight, the fastest point on the Spa-Francorchamps circuit.

Both drivers agreed the move involved “potential danger” but described it as “hard racing”. In view of the fact Albon successfully overtook Perez, the stewards decided to take no action.

“Albon kept on with his overtaking move. Perez said when he knew he was on his right he moved to his left. Albon successfully overtook Perez. Each driver described it as hard racing and agreed there was potential danger.

“In view of the explanations and the successful overtaking move it was considered there should be no further action.”

The pass helped Albon move up from seventh place to fifth on the final lap of the race, as both drivers gained a position from Lando Norris, whose car stopped.