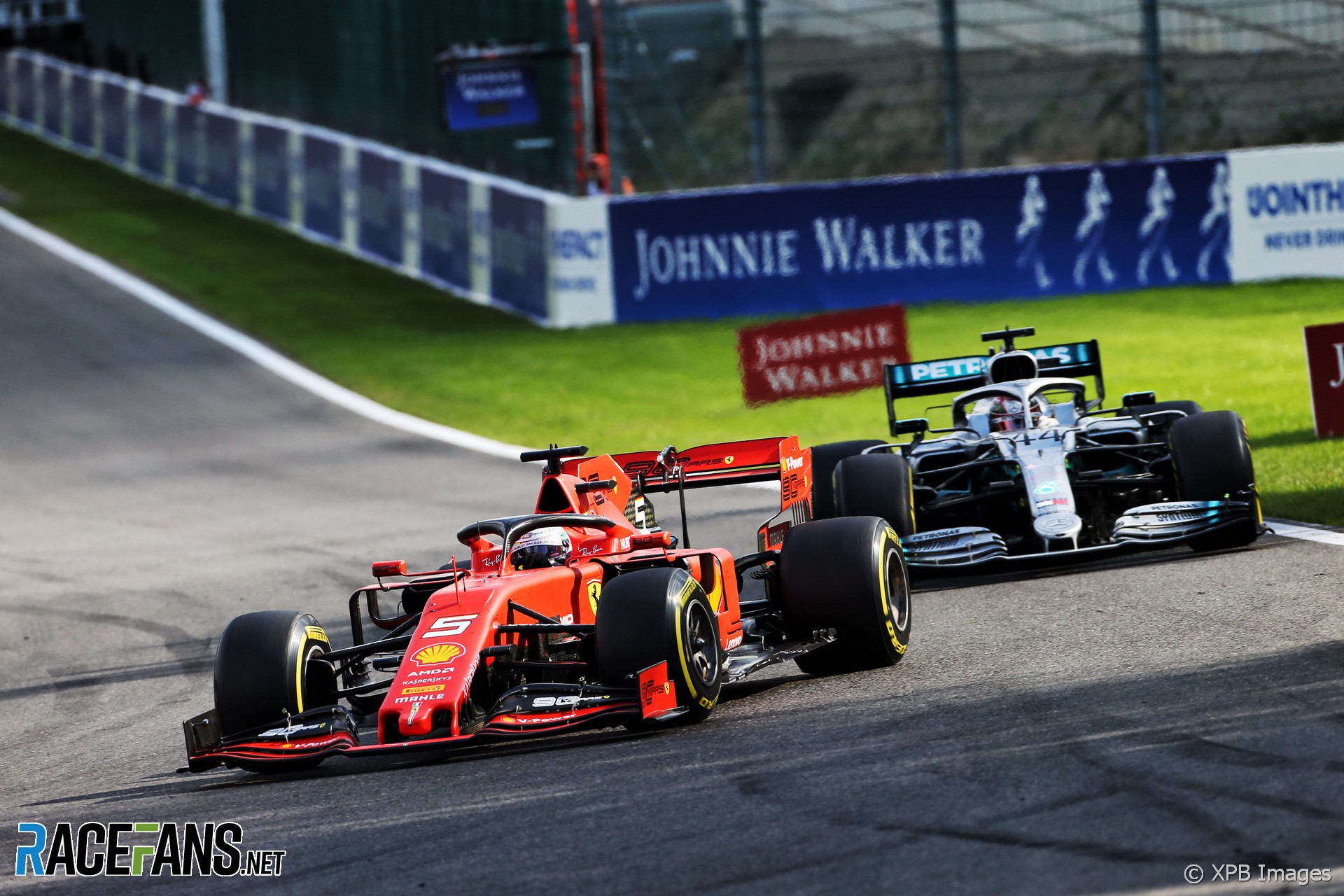 Sebastian Vettel says he was pleased he could “serve the team” by delaying Lewis Hamilton in his pursuit of Charles Leclerc.

The Ferrari driver said it was clear from the first lap of the race he was not quick enough to be in contention for victory. He made his first pit stop before his team mate and the Mercedes drivers, and although he inherited the lead of the race as a result, he had to let his team mate by.

Vettel said he was happy “for the team” but “obviously for myself I’m not happy.”

“I didn’t have the pace,” he explained “I was struggling to stay on top of the tyres which normally is not a problem at all. So it was a tough race.

“Obviously from some point onwards, from the first lap onwards, it was clear we won’t be in the fight. So all I could do by then was serve the team.”

After letting Leclerc through Vettel then managed to resist Hamilton for several laps.

“I was struggling in the corners so that allowed him to get close and then I couldn’t hold him off for a very long time,” said Vettel. “I tried to obviously make him lose time in order to give Charles a cushion.”

Hamilton took over a second per lap out of Leclerc at the end of the race and took the chequered flag less than a second behind the Ferrari. “In the end there was just enough so I did the job.”

Leclerc, who scored his first race victory, thanked his team mate afterwards. “Seb has been very nice and without him I think it would have been a lot more difficult to win this race so thanks to him,” he said.