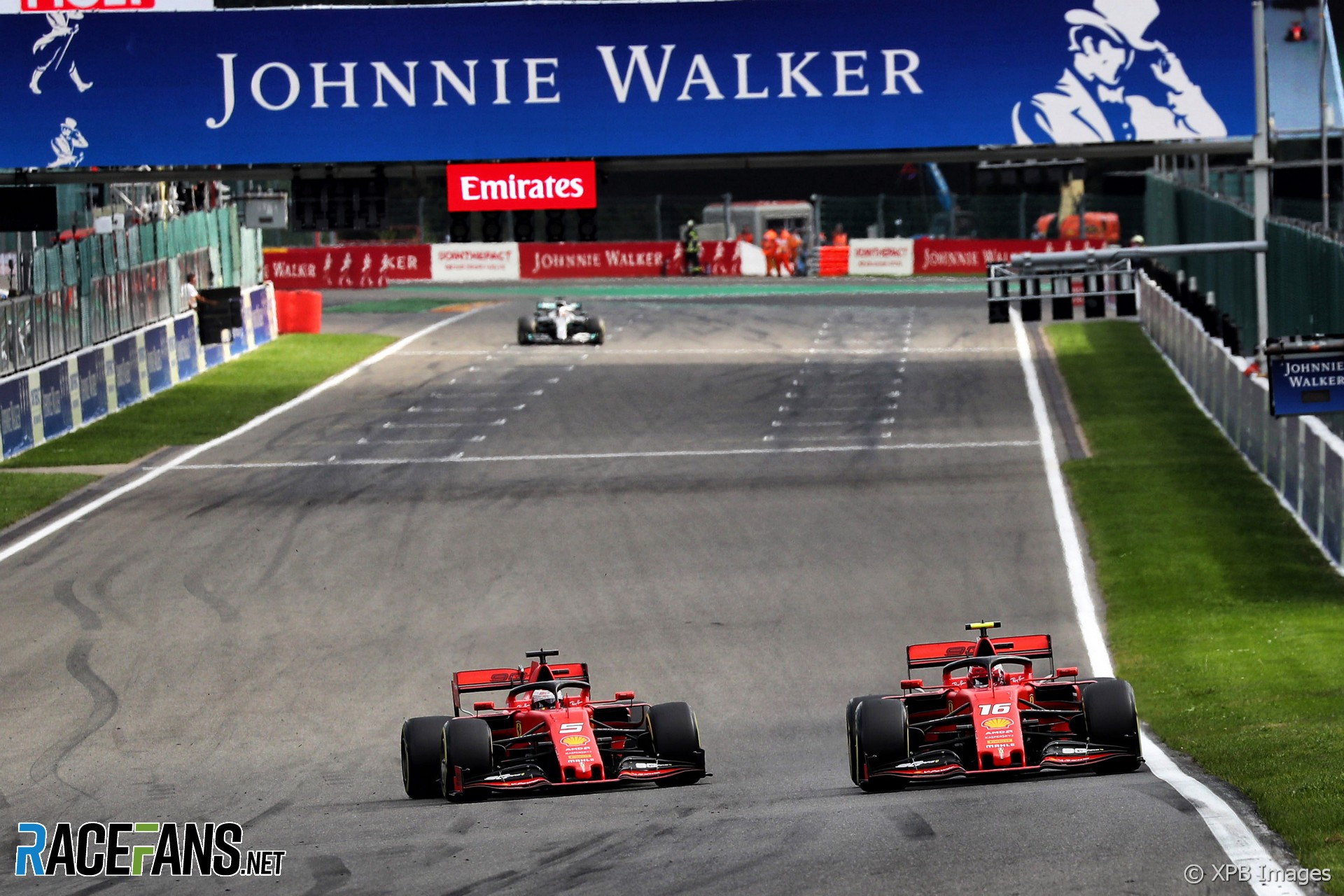 Charles Leclerc would have overtaken Sebastian Vettel even if Ferrari hadn’t ordered his team mate to let him through, according to team principal Mattia Binotto.

Vettel let Leclerc overtake him for the lead on the 27th lap of yesterday’s race after the team told him to move aside for Leclerc, who had led the opening 20 laps of the race. Binotto explained the decision saying Vettel had got into the lead by pitting six laps earlier than Leclerc and running on fresher tyres sooner.

“There were not many choices today,” said Binotto. “We had to anticipate Seb’s call and Seb’s pit [stop] to protect him from the Mercedes. Otherwise Hamilton would have stopped, they were ready for it and would have overcut.

“Second, because staying out longer put Charles in a better position with tyres. Seb was certainly faster at that stage and [Leclerc] would have overtook him at some stage simply because of the different strategy.”

Vettel’s earlier pit stop meant the pair were “on different strategies”, said Binotto, which made the team orders necessary. “We thought we are losing time, [it] would have been the best for the team and for Charles in that occasion.”

Ferrari previously intervened in favour of Vettel on several occasions at the beginning of the season.

“At the start of the season, when we at least tried, it was not always very well accepted from the outside,” said Binotto. “But since the very start of the season we always said that the first priority is the teams and the team points.

“Race by race we normally discuss with the drivers what may be the situation. It’s something that we discussed at least with both of them in the morning.

“No doubt that after a few races things become more straightforward even when discussing with drivers and drivers somehow understanding it. It’s never an easy call, I have to say, because drivers are in the car to drive as fast as they can and to do as much as they can for themselves.”