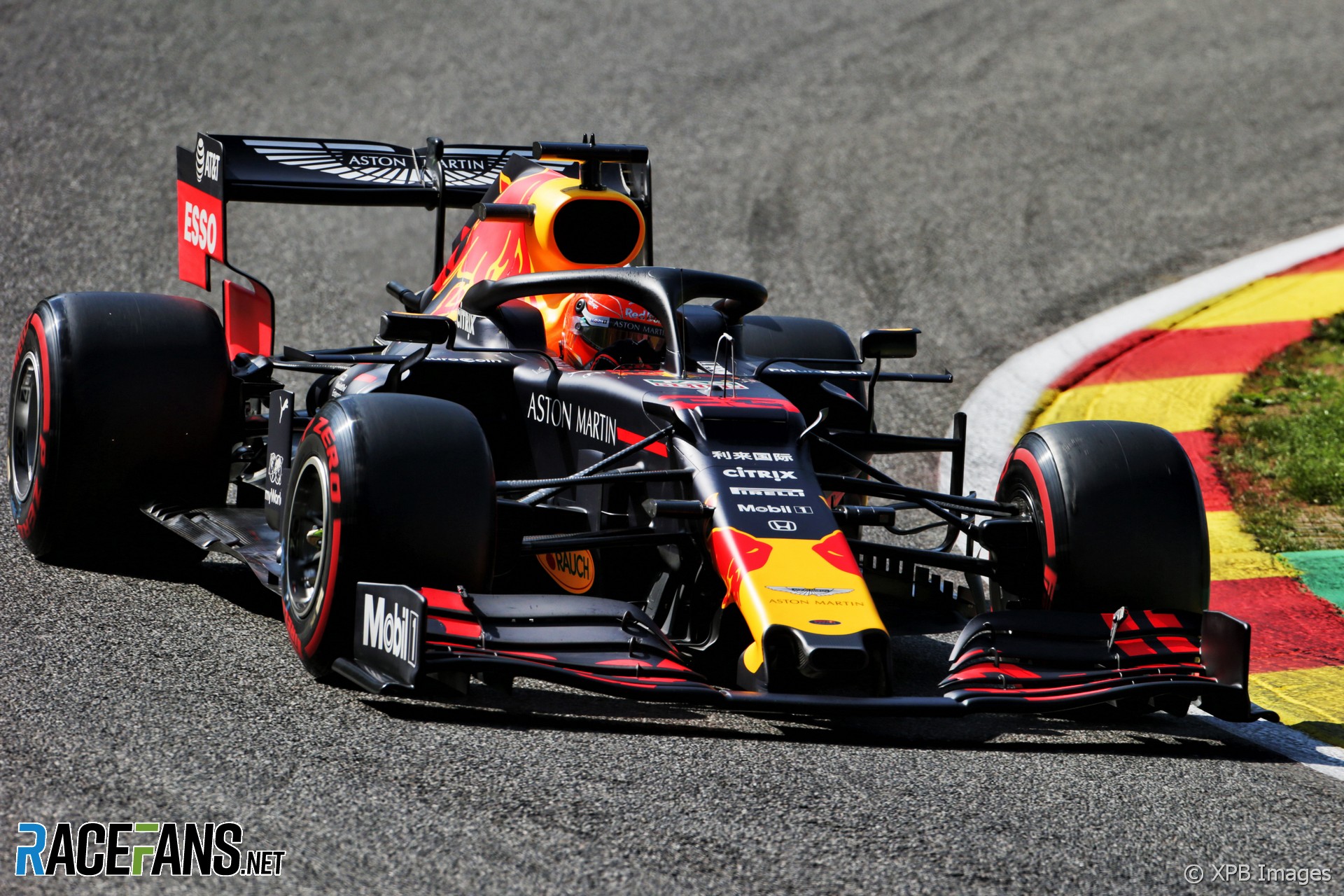 Max Verstappen went into the Belgian Grand Prix weekend at a disadvantage because he was using the same power unit he raced in Hungary.

Red Bull team principal Christian Horner revealed the team ran Verstappen’s engine “very aggressively” at the Hungaroring as he tried to protect his lead from the chasing Lewis Hamilton. Verstappen complained of poor power delivery from his egine during qualifying at Spa.

“Because we ran this engine very aggressively at previous races, one being Budapest trying to get the race win, we couldn’t run the engine quite as aggressively in performance modes as previously,” said Horner.

“That’s just due to the amount of mileage [in] the engine and how hard it’s been run,” he added. “Nothing outside of its parameters.”

Both the team’s drivers raced the ‘spec two’ Honda power unit at Spa, despite Alexander Albon taking a grid penalty for introducing a new unit.

“Neither driver raced the spec four engine this weekend,” Horner confirmed. “We obviously took a penalty with Albon on Friday. Both drivers ended up racing the spec two engine and unfortunately Max’s race didn’t get further than the first corner.

“But I think it’s encouraging from what we saw on Friday with performance data that we no doubt got from [Daniil] Kvyat running the new engine that I think progress is definitely being made and delivering what was expected.”

F1 will race at Monza this weekend, the most power-sensitive circuit on the calendar. Horner believes home favourites Ferrari are “the benchmark in the power unit department at the moment.”

“So they’re the benchmark we all have to drive for. But it seems to be certainly the group behind is converging between Mercedes, Honda and Renault. It definitely looks like finally we have some convergence.”