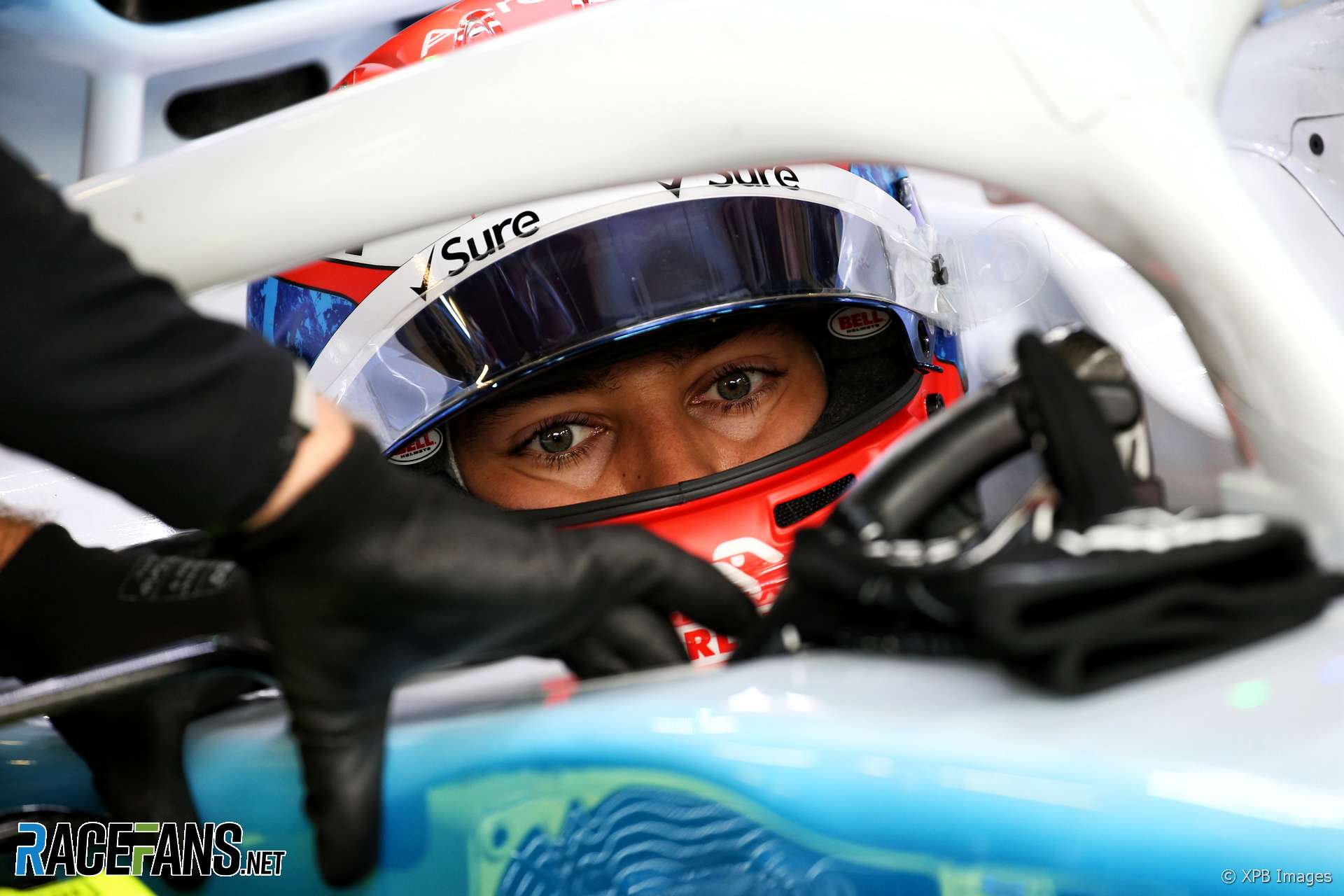 In the round-up: George Russell predicts the Italian Grand Prix will be the toughest race yet for Williams.

In all honesty it’s probably an even harder weekend this week than Spa.

So it was incredibly difficult for us. And I think that was clear after Hungary, obviously a very good performance, but a lot of that was due to the lack of straights at Hungary and it being all corners. The deficit doesn’t seem as great. This is probably going to be the toughest one of the year.

When in Italy, wear something a little @ValeYellow46 😉🇮🇹 #VR46 #LN4 pic.twitter.com/WFIokAbDVQ

Ricciardo on Hubert's death: 'It's an anger it's happened again' (BBC)

"It's an anger that it has happened again. We thought we'd moved on from all this. It's when it's refreshed in your mind again and it's there in front of you, it's hard not to take it with difficulty."

"At some point we got very close to Ferrari. I was expecting the move at the time."

Like title chase, rookie of the year battle going down to the wire (IndyCar)

"Rosenqvist, in the number 10 Ganassi, is 27 points ahead of Ferrucci and 49 in front of Herta after equaling his best season result with a second in Sunday’s Grand Prix of Portland."

Is anyone else terrified by the phrase “watching E sports”?

This unfortunately is where the future of F1 seems to be heading and I believe will head once they get on top of the potential revenue streams. Give it a few years and there will be no tracks, no cars, no teams of engineers, other than a few software ones. Actual motor racing will be considered “historic”.
DB-C90 (@dbradock)

42 comments on ““We’re incredibly slow in the straights”: Russell predicts Monza will be toughest track for Williams”