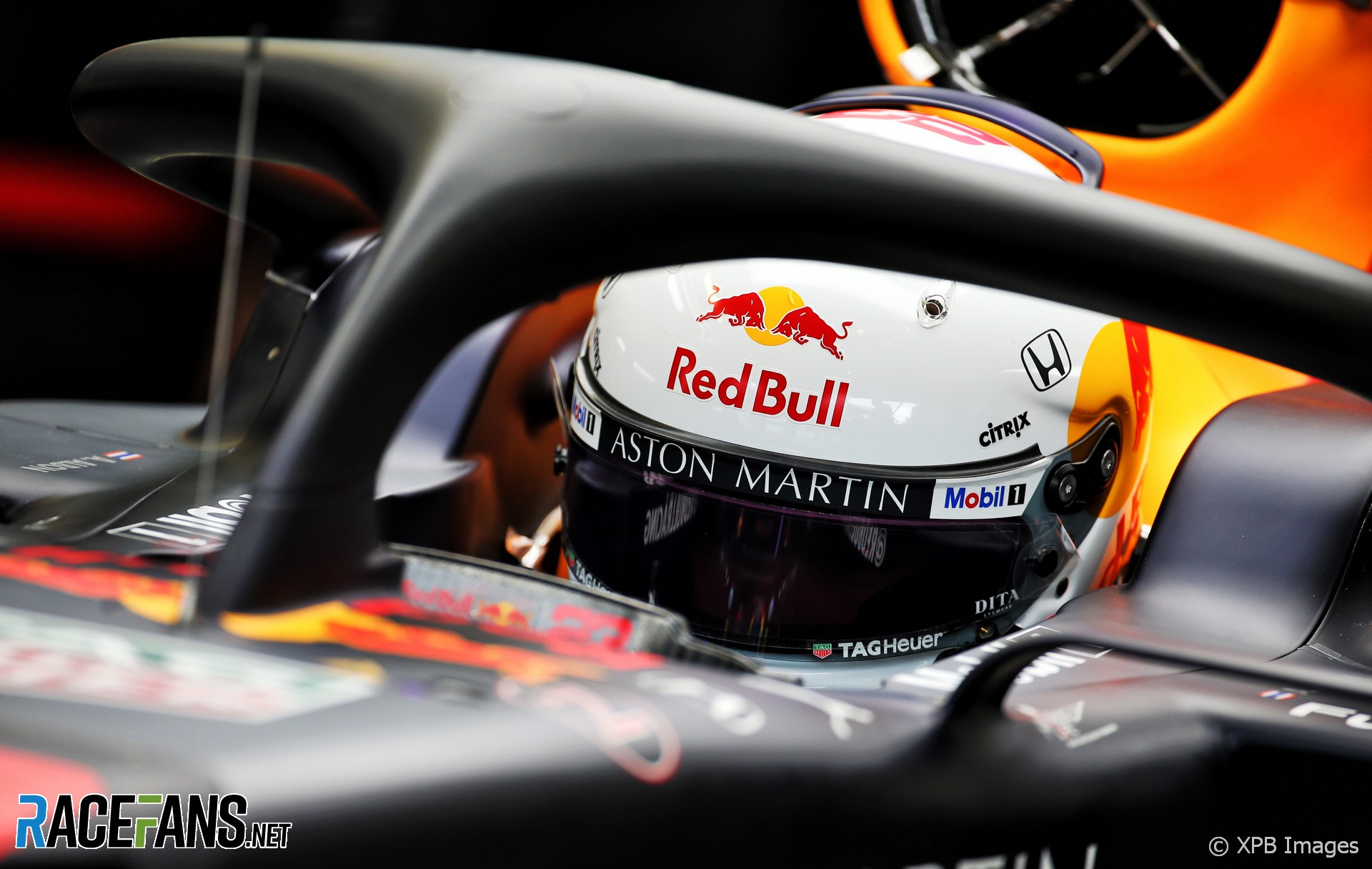 Alexander Albon unexpectedly appeared in a new, unpainted helmet at the first practice session for the Italian Grand Prix.

It follows his move from Toro Rosso to Red Bull ahead of last weekend’s race in Belgium. Albon traded his usual Bell helmet for an Arai model. He switched back to his usual helmet for second practice.

Several explanations have been offered for the change. One view held that the Red Bull RB15 aerodynamics were originally designed to suit the shape of the Arai.

Asked whether this was the case Albon said: “I’m not Adrian [Newey, Red Bull’s chief technical officer] so I can’t speak too much but of course they’re very keen to try that kind of thing. Every detail matters in Formula 1.”

Albon gave another reason for the change of lids when asked by RaceFans. “We just wanted to see if we could improve the radio as well as obviously [improve performance].” The lower cheekbone side padding design in the Bell helmet is different, and this has an effect on the acoustics of the microphone.

However RaceFans understands there is a third factor in play. Despite the Arai design being used as a reference by Red Bull, Max Verstappen switched from Arai to Schuberth at the beginning of the season.

The competition in the market for racing drivers’ helmet preferences is fierce. A driver like Verstappen has high value to a helmet manufacturer as they increase sales to junior racers wanting to emulate their heroes.

A source with knowledge of the situation said the team’s relationship with Arai has prompted them to trial the helmet with Albon. His predecessor, Pierre Gasly, also used an Arai helmet.

Albon confirmed he ran a plain white helmet at first because “it was quite a late decision”, and indicated he intends to stick with the Arai. “Hopefully we will have it ready painted for tomorrow.”

However from his point of view the change makes little difference. “For me it doesn’t change that much. I think all the helmets nowadays, they have such a small specification that they have to follow, they all feel quite similar once you put your helmet on.”