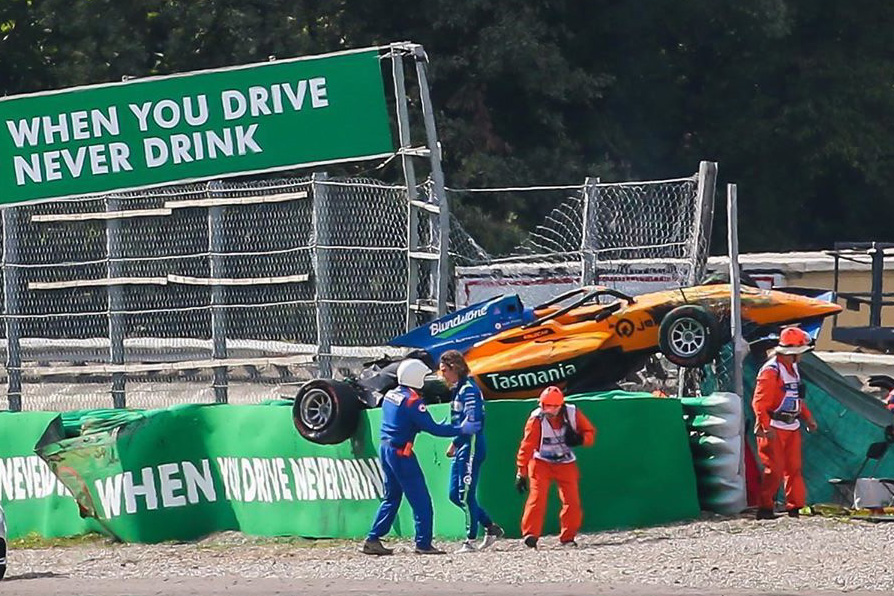 Formula 3 driver Alex Peroni suffered concussion and a fractured vertebra in his horrific in today’s race at Monza.

An updated posted to one of his social media accounts confirmed the details of his injuries. His team also expressed their thanks to the medical staff at the Monza circuit and at the San Gerardo hospital in Monza where he has been taken for treatment.

Peroni’s Campos car was launched high into the air when he struck a kerb at the exit of the Parabolica on the 18th lap of the 22-lap race. The car flipped over and landed upside-down on top of a barrier.

In a further social media post the 19-year-old Australia driver said: “That was a big one.

“Currently recovering in hospital with a broken vertebra,” he added. “Not sure the recovery time but hope to be back in the car as soon as possible.

“Thanks everyone for the messages and support I really appreciate it.”

The race concluded behind the Safety Car while Peroni was recovered from his car. The kerb he hit was removed before F1’s final practice session began and was not replaced throughout the rest of the day.

Peroni’s injury means he will be unable to take part in the second Formula 3 race of the weekend tomorrow. The final race weekend of the season will take place in Sochi in three weeks’ time.