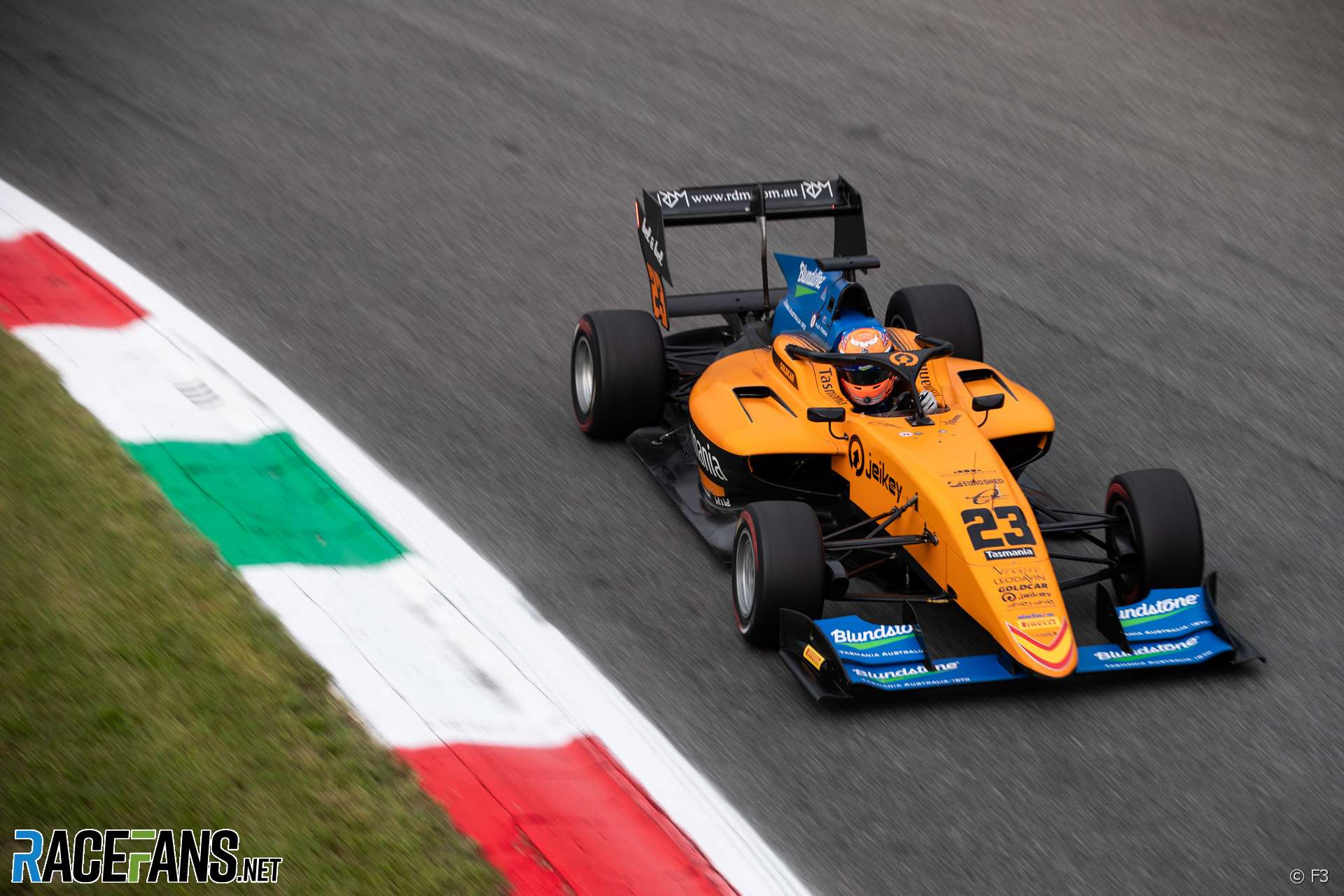 Several drivers have criticised the use of sausage kerbs following Alex Peroni’s huge crash at the end of today’s Formula 3 race.

Peroni’s car was launched high into the air and landed on a barrier after striking one of the kerbs at the exit of Parabolica. His team said he is unhurt but is being taken to hospital for checks. The kerb was removed before F1’s practice session began.

Formula 2 driver Jordan King was among those to criticise the kerbs. “We have been saying for years these kerbs are dangerous and stupid,” he wrote on social media. “I hope now people wake up and smell the coffee.”

Mitch Evans, who won the championship in 2012 when it was called GP3, said: “Who the hell thought it was a good idea to plant a sausage kerb on the outside of the Parabolica?

“Just put grass and gravel back for God’s sake. Good to see Peroni walk away from that, scary accident.”

However Jack Aitken, who has raced in both series, said he suspects the kerb was damaged before Peroni struck it.

“I’m sure this was slightly freak,” he said. “The kerb has been damaged somehow and ripped up when Alex went over it, so the issue is more how it got damaged. Normally the cars bottom out and just skate across, safely. I don’t agree with them entirely, but this looks a freak thing.”

“Gravel and grass have disadvantages compared to Tarmac in a lot of accident scenarios,” he added. “That’s why they’re there in a lot of tracks now. Not saying I like it (I miss the old Parabolica) but can’t argue with the research that’s been done.”