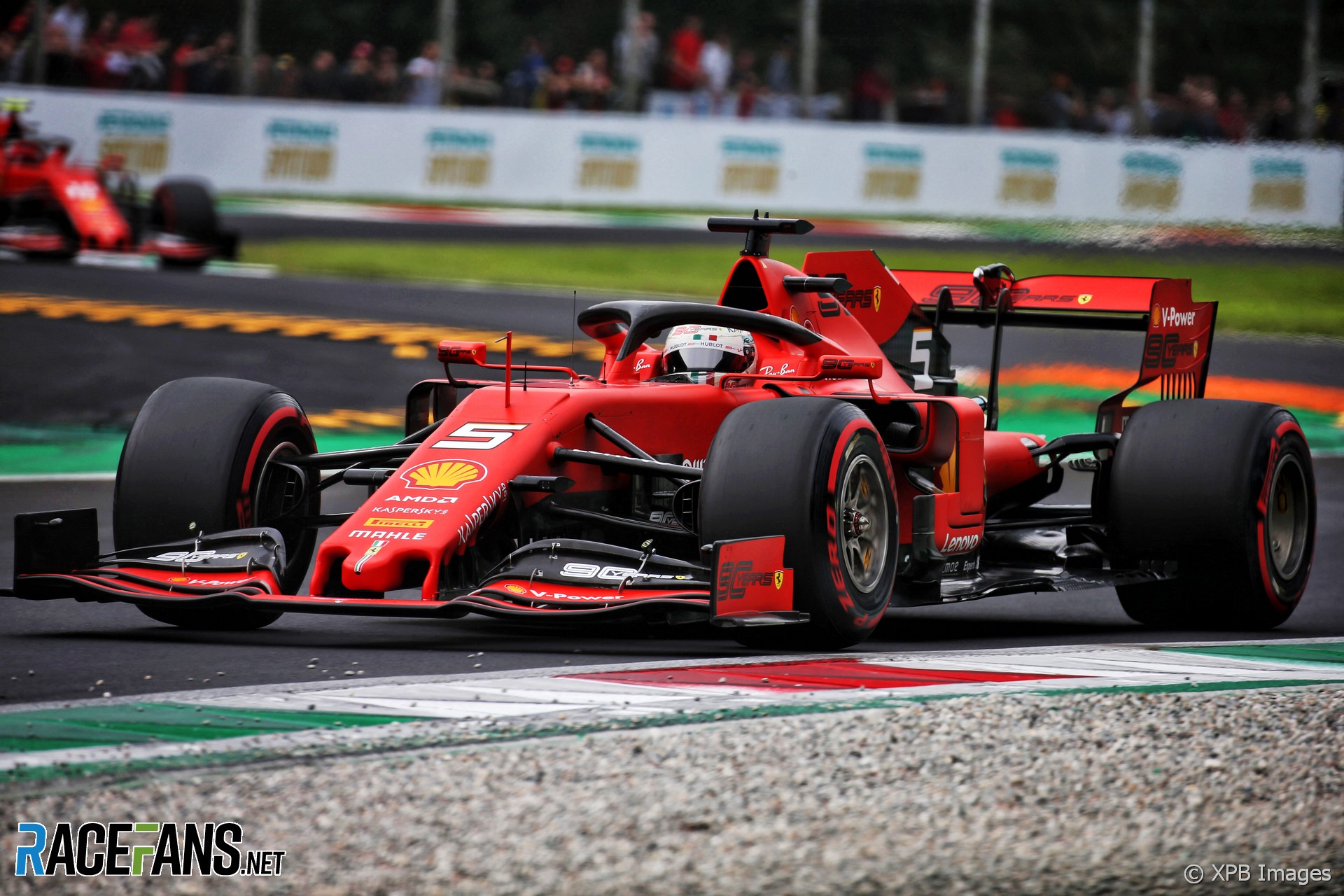 Vettel was among those who was unable to set a time on his last run. He said the situation was complicated by Leclerc following him for part of the lap.

According to Vettel, he had run in front of Leclerc during their first Q3 runs, giving Leclerc the benefit of his slipstream, which meant Leclerc should have led the pair him during the second run.

“I’m not happy with how it went,” said Vettel. “Obviously we didn’t make it to get a second attempt like many others. But I thought internally we had a better way that we communicated this.

“I was the one out front, alone, in the first run. I shouldn’t have been the one in front the second run which, because of the last corner, I wasn’t.

“But at that point I was too close anyway plus the session was over so I couldn’t even make it to start the lap. So I can’t be happy with that. Not what we intended to do.”

Although Leclerc left the pits ahead, Vettel overtook him after the Rettifilio chicane. He then urged Ferrari on the radio to tell Charles to pass him.

Leclerc eventually moved back ahead of him approaching Parabolica. Vettel said he was surprised his team mate did so “that late”.

“He should have been ahead all the way anyway,” Vettel added.

Vettel said other drivers were to blame for holding the queue of cars up. “I was trying to get through,” he said. “But I think there was a McLaren and a Renault blocking the road.

He qualified fourth, a tenth of a second behind Leclerc, and believes he could have been on pole position if he’d been able to set a time with a slipstream.

“I’m happy with the car, the qualifying was good, the car was very good,” said Vettel. “I had a really good lap I just had no tow. That’s the difference between pole and not pole today.”