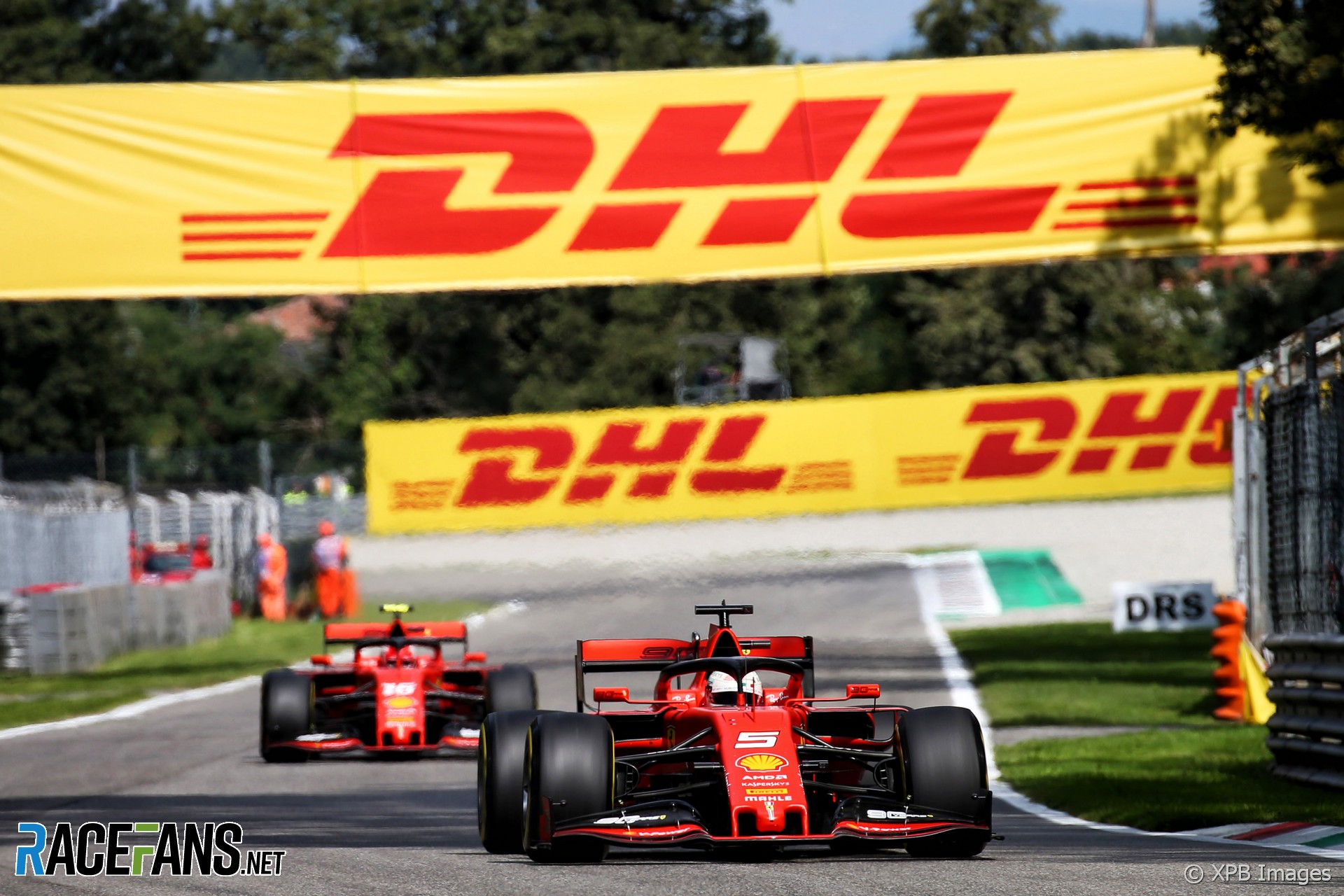 Charles Leclerc and Lewis Hamilton are poised to pick up where they left off at the end of the Belgian Grand Prix, which ended with the Mercedes driver piling pressure on his Ferrari rival.

And their team mates are lined up behind them in the opposite order, which promises to add tactical intrigue to proceedings.

Last year Ferrari locked out the front row of the grid at Monza. But Mercedes punctured their defences on the first lap, Hamilton pressuring Sebastian Vettel into a mistake. That allowed them to use both cars to grind race leader Kimi Raikkonen down, opening the door for Hamilton to take the win.

As the grid lines up Mercedes could play a similar game again, bringing one car in early and the other later, limiting Leclerc’s ability to cover off both strategies. However as long as Vettel behind them remains in play, that is going to complicate the picture.

Ferrari’s straight-line speed advantage is likely to give Mercedes another headache. Vettel may be quick enough to zip past them on the straights using DRS.

Another factor which will complicate the strategic picture for Mercedes is the fact the midfield are quite a bit quicker this year. This year as last the top four on the grid are all Ferraris and Mercedes. But 12 months ago the fifth-placed car was almost one-and-a-half seconds off the pole position time. This year the corresponding figure is half a second, whereas 1.5 seconds covers the top 13.

Therefore the field is likely to spread out more slowly behind the race leaders. They will therefore find it harder to find gaps in the traffic to emerge in after making their pit stops, especially if an early Safety Car bunches the field up after the start.

The field would surely be even closer to the front runners if Max Verstappen had been able to set a competitive time in qualifying. However a power unit penalty means he will start from the back. He was right up with the quickest times in qualifying, so expect him to make a spectacular charge towards the front. Will he be able to catch team mate Alexander Albon?

Will Ferrari score their first home win since 2010? And where will Max Verstappen finish from the back of the grid?

7 comments on “Can Vettel help protect Leclerc from Mercedes’ attack?”