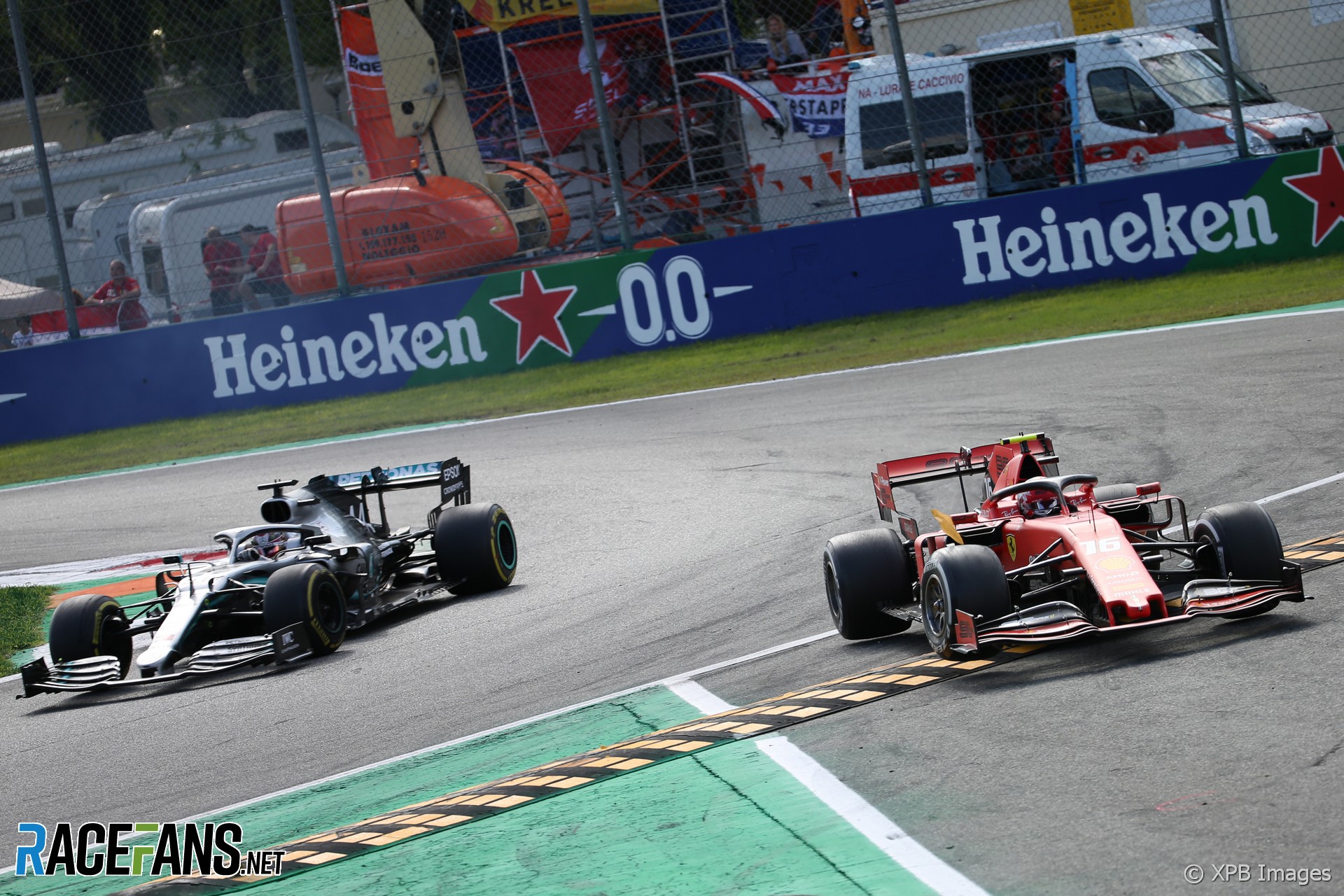 Lewis Hamilton says younger drivers are being allowed to get away with more in wheel-to-wheel racing than has previously been allowed.

The Mercedes driver made the comments after complaining about Charles Leclerc’s defensive moves on his radio during the Italian Grand Prix.

The pair clashed at the Della Roggia chicane on several occasions, including at one point where Leclerc squeezed Hamilton wide on the way into the corner. The Ferrari driver was shown the black-and-white flag for the incident. The use of the flag has recently been revised by FIA race director Michael Masi.

However Hamilton believes Leclerc was dealt with leniently. “It seems the new generation get away with a lot more in that space of how they manoeuvre their car compared to, I would say, the more experienced drivers,” he said. “But it’s good knowledge, now I know, and look forward to the next one.”

He added he sees little point in discussing the incident. “It doesn’t really matter what I think,” he said.

“We’ve gone over and over this multiple times and it’s pointless me bringing it up. I avoided the collision and then just kept focusing and trying to get close.”

Leclerc went on to win the race while Hamilton slipped to third behind his team mate Valtteri Bottas.

74 comments on “Hamilton: Younger drivers “get away with a lot more””