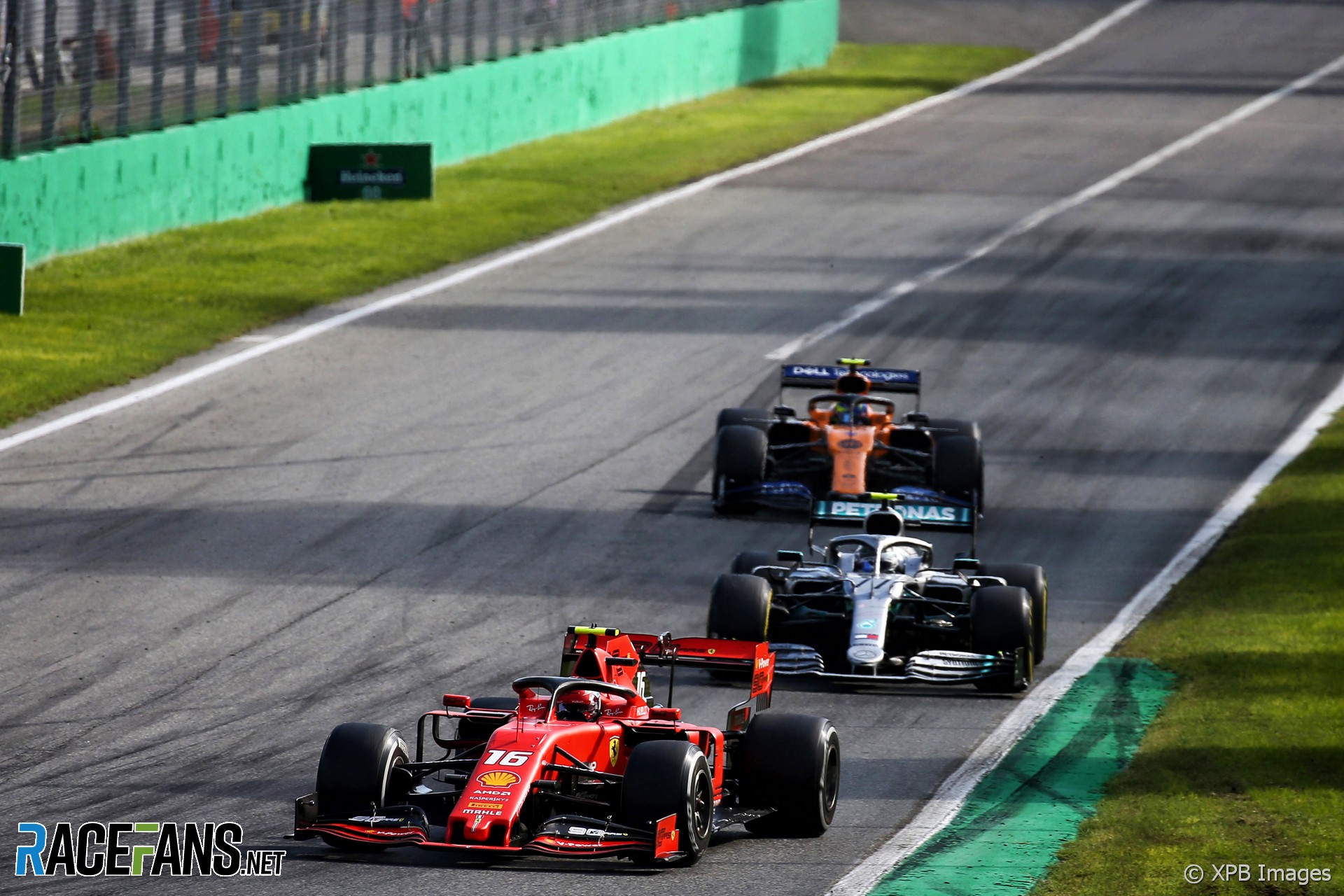 Mercedes team principal Toto Wolff believes Valtteri Bottas had the speed to win the Italian Grand Prix but says he needs to improve his pace when running close to other cars.

Bottas got ahead of team mate Lewis Hamilton in the second stint and closed on Leclerc in the final laps of the race. But he ran wide twice, at the Rettifilio and Roggia chicanes, and finished second to the Ferrari driver.

“It looks like he struggles a little bit when he gets in the wake of the car to extract the maximum,” said Wolff. “Lewis in that position is able to somehow get closer and put himself in a position to go for a move.

“It’s something he’s got to work on but on the positive side his racing was great today. He was really fast. Probably in pure race time the fastest car.”

Bottas said he wasn’t able to pass Leclerc because his tyres were worn by the time he caught the Ferrari.

“For sure at the beginning of the last stint I had five and a bit seconds to catch up so it means you can’t be cruising around to close the gap. So for sure, ideally would have done more tyre management, but if I wanted a shot to win the race I had to push also to catch them and that was with a cost of some tyre drop-off.

“I felt the last four laps I started to have a bit of trouble with the medium tyre. That made it more tricky and always when I got close enough I was definitely having some front locking under braking. I think Lewis had similar issues as well, he went straight once when I got him, actually.

“From our calculations to actually have proper chance of overtaking you need one second pace difference and I had maximum five tenths by the time I got close to Charles so obviously tricky. I tried everything I could but just a bit out of reach today.”