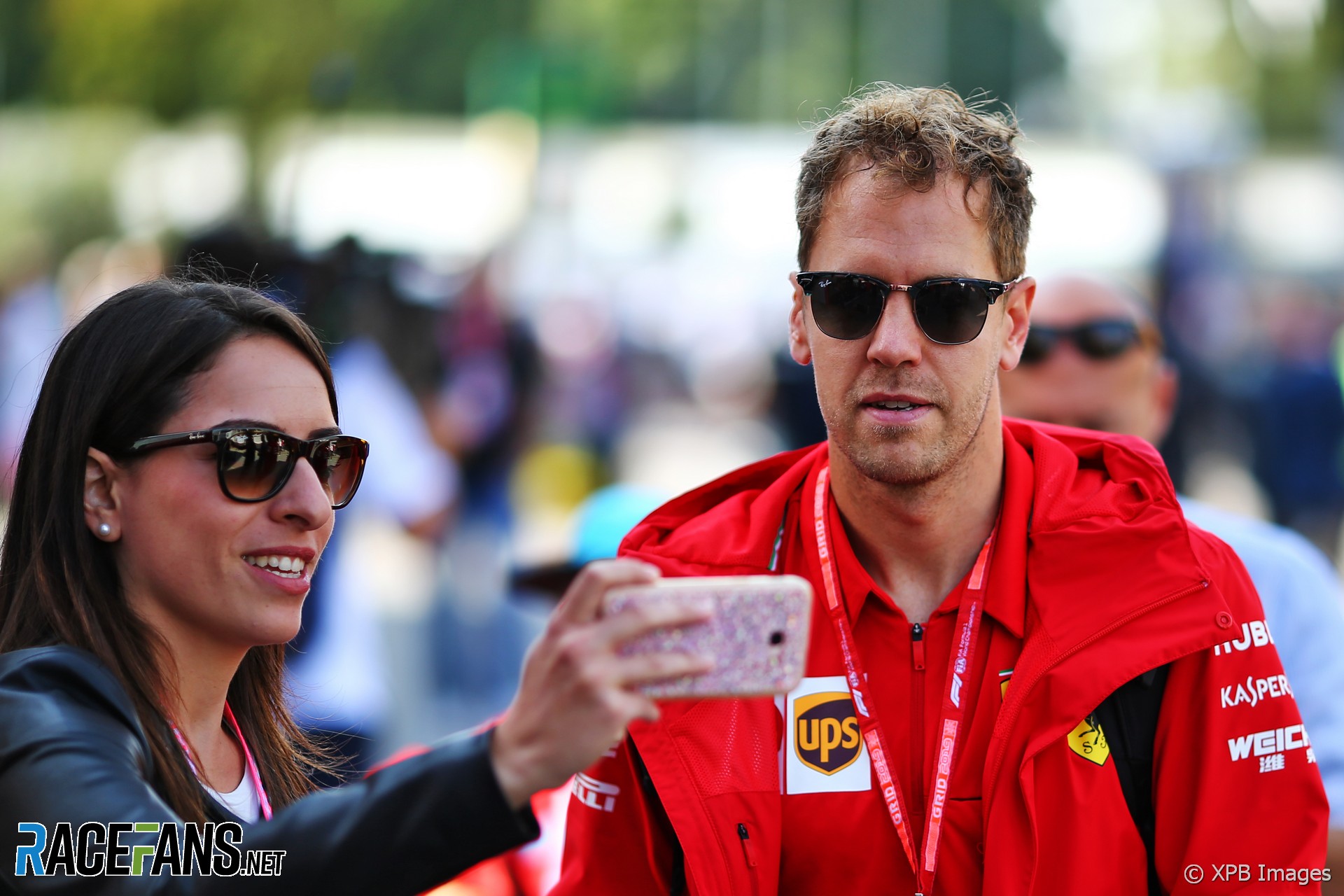 In the round-up: Mercedes team principal Toto Wolff predicts Sebastian Vettel will rebound from his poor weekend at Monza.

I would just say don’t write him off. Because he’s a four time world champion and the difference between the great ones and the good ones is that the great ones are able to get back up again. And I have no doubt that he can do that. He had a spell of bad races and now it will be about the ability to get himself back where he deserves to be and today for sure is a bad day for him.

Today, we remembered the shining light of one of our brightest stars, Anthoine Hubert, with the rest of the motorsport community.

Our thoughts have been with those closest to him, as his life was celebrated today at Chartres Cathedral. pic.twitter.com/ULlgzcpkG9

If he hadn't gone off, would Hamilton have fought Bottas for second place or let him through?#F1 #ItalianGP pic.twitter.com/28ChqZQnbt

"In the coming season the number of teams competing in the championship will increase to 12, an all time high in Formula E’s history. The amount of teams means that a record 24 cars will feature on the grid in season six, which begins in Ad Diriyah, Saudi Arabia on 22 November."

"Those Silverstone talks follow confirmation last week that the DTM will leave Misano for Italian GP venue Monza in 2020 after struggling to gain a foothold in Italy since Misano was added for '18."

Leclerc win at Monza leaves Formula 1 in a tangle (BBC)

"In my view, the decision was clear-cut. Much as I didn't want to see a penalty, as it would have inevitably ruined the race, the rules are the rules and they must be adhered to for the good of the sport over the entertainment factor of the show."

"As I waited to interview the victor in parc ferme, Vettel cruised through without even a cursory look over to Leclerc embracing the ecstatic Ferrari team."

Was the way Vettel rejoined the track on Sunday really so reckless? @Socksolid presents the case for the defence:

I don’t think it is fair at all to lambast Vettel for his error and driving into Stroll. The way his car was angled after his spin Vettel had absolutely no way at all seeing Stroll or anybody coming. Even if you think that should have meant Vettel should have stayed put you need to remember that Vettel was almost directly in the line of fire. Any car that comes after him could t bone him. He needs to get out of there quickly. He wants to get out of there quickly. He just spun. Little bit of panic sets in. He is thinking he is losing massive amounts of time. Car is starting to overheat with no airflow. He needs to move now.

The thing with these long cars is that they can’t make tight turns. Issue which was also made worse by the steering ratios. In Monaco the cars are set up to make those tight turns. In monza they are not. Vettel was also driving over a kerb sideways to come back to the track. This is typically pretty dangerous in a low car like in F1 car which can easily get stuck from its belly on the high kerbs. Of course we can see from the side camera view that there was no such danger but Vettel did not have that camera angle either. He is experienced driver and he knew that danger. Last thing he wanted was to get beached on top of those high kerbs.

He could have reversed to angle his car better? You don’t want to reverse an F1 car unless you know for sure you have the room and the tarmac behind you. Last thing you want to do is to reverse into a gravel trap. Again Vettel has no good visibility. Reversing could also be just as dangerous and driving forwards. If an incoming car had actually taken avoiding action and gone straight to avoid Vettel what you would have instead is Vettel reversing straight in front of him.

Sure the spin was Vettel’s error once again and that is what he should be blamed for but not what happened after the spin. Every driver would have done the same thing. From outside these incidents look almost comically stupid low skill maneuvers but in reality the driver is blind on those cases. With the HANS limiting your head movement and the high side padding of the cockpit and the helmet there is not much visibility out of the car sideways. You cannot just turn your head and look. Some blame also goes onto Stroll for coming at such high speed there when he can clearly see Vettel can not see him.

In ideal world Vettel would have stayed put to wait and wait until team or marshals give him a go sign. In ideal world doing so he would not be T-boned by other car spinning out in the same corner. Doing that would be very slow and not ideal and would have cost him a lot of time. I think the Vettel’s incident is just over blown. He barely clipped Stroll’s car with his front wing. Stroll could have also done better job avoiding him. It was very tricky spot.
@Socksolid

80 comments on “Vettel’s critics shouldn’t “write him off” after Monza, says Wolff”