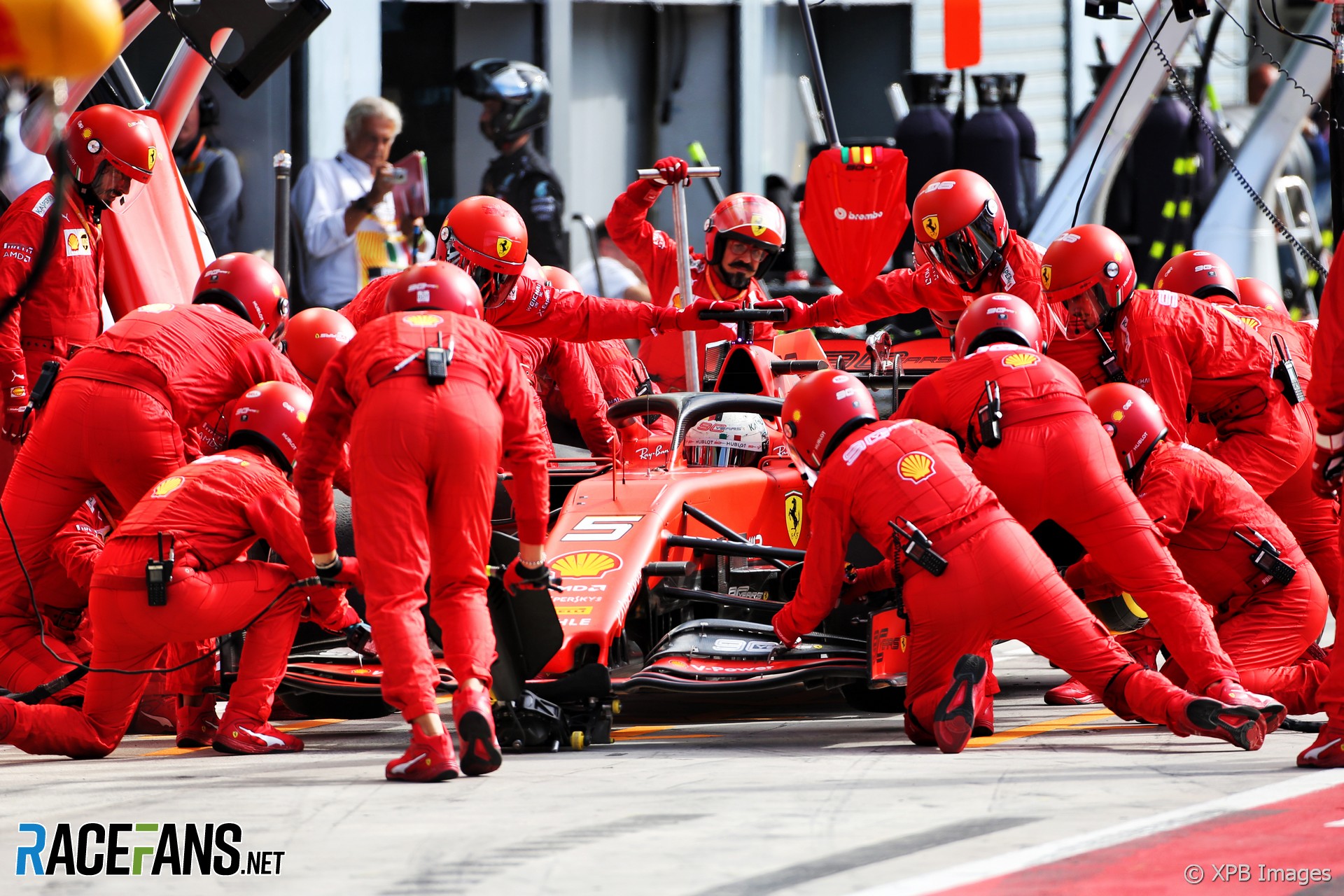 Proposals to revive refuelling and make F1 drivers pit twice per race have been dropped following the latest meeting of the sport’s Strategy Group.

However a source told RaceFans the meeting was constructive and progress was made towards finalising the sport’s new rules package for 2021.

Potential changes to race strategy for 2021 were taken off the table following criticism of a proposed reintroduction of refuelling, which was last seen in 2009. FIA president Jean Todt had suggested it as a means of reducing the weight of the cars, a problem several drivers have highlighted. However some teams warned allowing refuelling would increase costs and make races more predictable.

Another rules change for 2021 could have seen drivers required to use three different tyre compounds per race and therefore make two mandatory pit stops. This plan also failed to find favour.

No other means of reducing the cars’ weight has been agreed due to the costs involved, which coincide with the introduction of the budget cap. Despite complaints from Lewis Hamilton and other drivers about the rising weight of F1 cars, the problem is now unlikely to be addressed in 2021.

While Pirelli today continued its preparations to switch to 18-inch tyres after next season, a proposed ban on tyre warmers is still being debated. Teams are questioning the change, which FOM and the FIA are keen to push through.

A further Strategy Group meeting will be held early next month ahead of an electronic vote of the World Motor Sport Council to approve the 2021 rules ahead of the deadline of October 31st. However some questions over the governance process have been raised, including the applicability of Ferrari’s veto power. That team’s concern over the proposed standardisation of some parts in 2021 was noted during the meeting.

While most of the meeting was focused on 2021, plans for next year’s tyres were also debated. Following a series of lively races, the appetite for changing tyre compounds next year has diminished.

Pirelli’s 2020-specification tyres are due to be tested for the first time at Yas Marina following the Abu Dhabi Grand Prix. These will be used unless teams agree to a reintroduction of this year’s rubber.