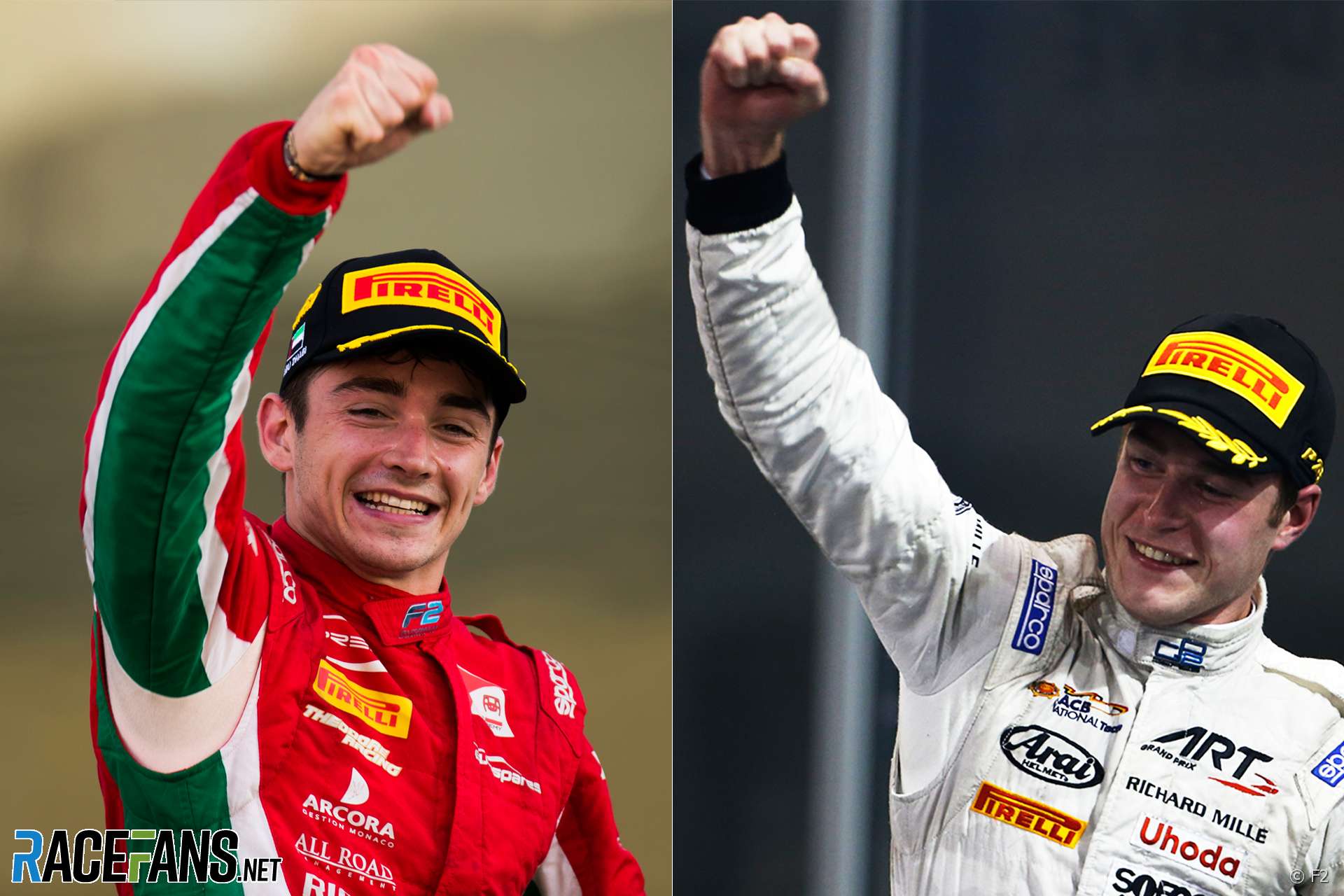 Does Formula 2 sufficiently prepare drivers for F1? Of the recent champions in the final series before F1, Charles Leclerc is thriving, but his predecessors Stoffel Vandoorne, Jolyon Palmer and now Pierre Gasly haven’t.

Other a few champions have-all but disappeared almost without a trace. The 2012 GP2 champion Davide Valsecchi can still be found in the paddock but he’s bedecked in Sky TV Italia gear, not racing overalls. His successor Fabio Leimer also drifted away from the F1 paddock without securing a drive, and since his lacklustre 2015 Formula E season little has been heard about the Swiss. Jolyon Palmer lasted a couple of seasons in F1, but has also joined the ranks of the microphone-wielders.

Of the 14 champions GP2/F2 has feted since 2005, all but aforementioned two made it to the Formula 1 grid, with Giorgio Pantano winning the 2008 championship after previously dropping out of F1. Of the remaining 11, two became F1 world champions – Nico Rosberg and Lewis Hamilton – while just two others, namely Pastor Maldonado (once, rather fortuitously) and Charles Leclerc (twice), stood atop an F1 podium.

True, Nico Hulkenberg and Romain Grosjean enjoy solid F1 careers but neither has performed strongly enough to have caught the eye of top teams, while Stoffel Vandoorne and Pierre Gasly were shown up by their respective team-mates Fernando Alonso and Max Verstappen – both of whom rank as F1 superstars.

Rosberg, Hamilton, Hulkenberg and Grosjean all came into F1 during times of intensive testing, and thus it could be argued that F1 and not GP2/F2 prepared them for the top category, particularly when one considers that four-time F1 world champion Sebastian Vettel and multiple grand prix winners Valtteri Bottas and Max Verstappen went directly from F3 to F1, with Kimi Raikkonen skipping F3 completely.

The observation that GP2/F2 has not prepared drivers for life in F1 is valid to an extent, for there are various crucial factors at play. These include the structures of motorsport’s junior categories, which rely on specification technologies that may not be deviated from.

From F4 through to F2 drivers are required to adapt to spec cars, with no development permitted at all and only set-up changes allowed within extremely tight parameters. During his title-winning year Leclerc was stripped of pole position at the Hungaroring after his team erroneously substituted one washer for another.

However, once these young drivers have been through feeder mill and move up to F1 they are expected to develop the most technologically advanced and complex cars on the planet with potentially negligible experience of them. The first F1 car Alexander Albon drove was Toro Rosso’s factory-fresh STR14.

They are up against drivers with years of hybrid experience, yet they are expected to deliver immediately or get written off…

It can, of course, be argued that all incoming drivers are subject to the same circumstances. But the fact is that the more technically astute drivers fare better in F1, and unless junior drivers are fortunate enough to be snapped by F1 teams with top class simulation facilities – as was Leclerc by Ferrari – they are likely to be on the back foot when it comes to development work and final set-up.

I believe that from a car development perspective George Russell and Lando Norris – first and second in last year’s F2 championship – benefitted more from the hours they spent last year in the Mercedes/ McLaren simulators respectively than they did from all their seat time in F2. Equally, Nyck de Vries, on target to bag this year’s F2 title, is moonlighting as a Mercedes simulator driver.

Nonetheless, the biggest single factor explaining the relative lack of F1 results among F2 champions is the sport’s inequitable structure. Since 2014 no driver from outside of Mercedes, Ferrari and Red Bull has won a grand prix, and all six seats have generally been tied up by experienced drivers. Thus, all GP2/F2 champions – with one exception, Leclerc – have simply not had the opportunities of making their mark in a top team. As noted here recently, he is only the sixth new race winner to emerge in the past decade.

GP2/F2 has not delivered to the extent that its architects envisaged. But equally F1 has played a part in not providing equitable opportunities to those who have the talent to succeed: F1, F2 and F3 are all owned by the same entity, Liberty Media.

Unless F1 becomes more ‘open’, as Liberty aims to achieve with F1’s post-2021 regulations, the situation is unlikely to change much. Even if it does, the lack of test and development opportunities will remain a negative factor – as the stellar careers of Rosberg and Hamilton, both of whom benefitted from open seat time during their formative F1 years, can attest.

37 comments on “Is F1’s feeder series giving its champions the schooling they need?”