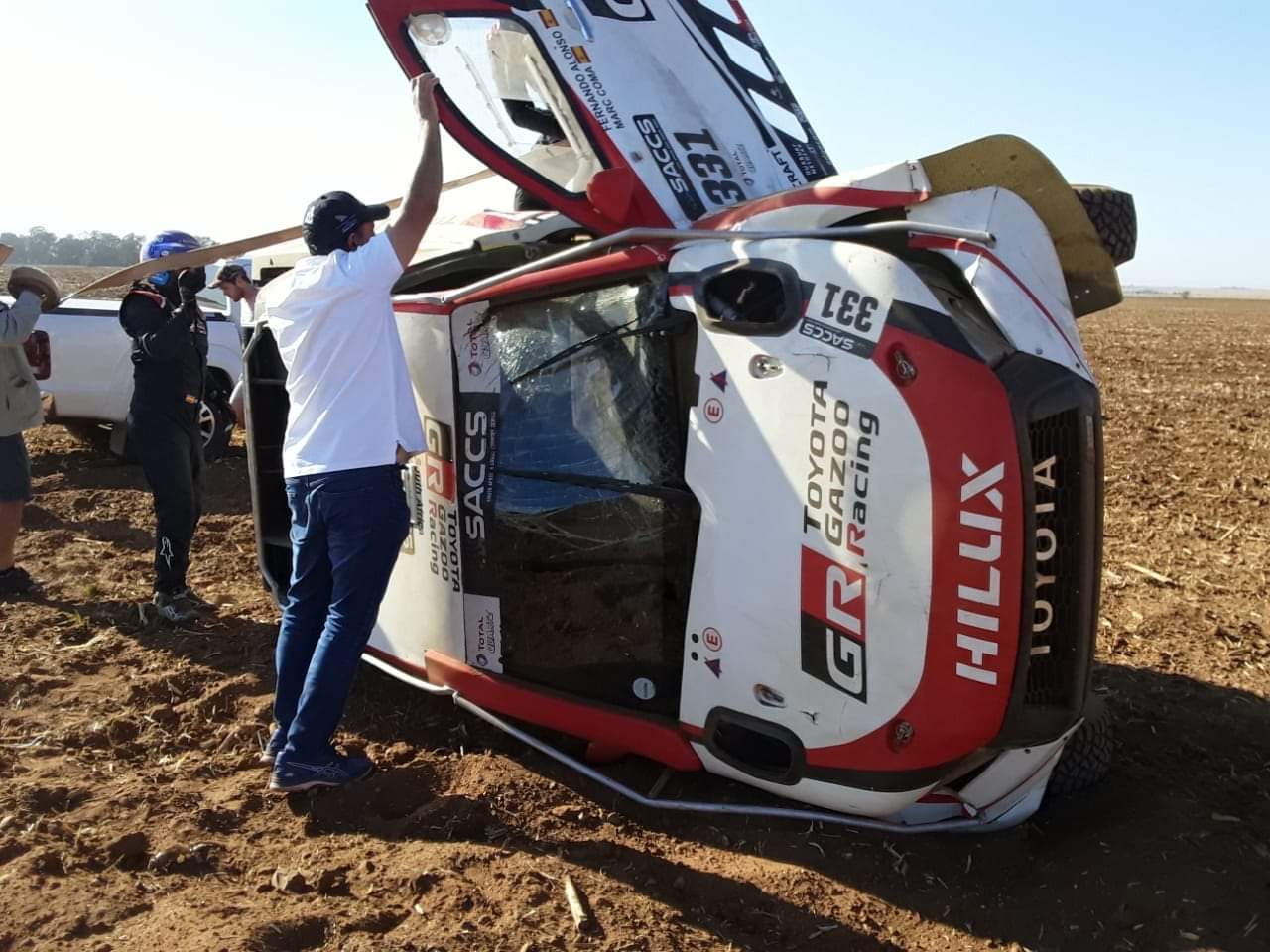 Fernando Alonso emerged unscathed after rolling his Toyota Hilux during his rally debut in South Africa.

The two-times Formula 1 world champion was competing in the Lichtenberg 400, round five of the South African Cross Country Series.

Alonso was running competitively prior to the crash. He placed third in the prologue stage of the event and was running in third when he rolled his Hilux 23 kilometres into the first loop of the event.

The impact broke the car’s windscreen which meant Alonso and his co-driver, motorcycle rally champion Marc Coma, had to complete the loop wearing goggles. They were able to continue to the service point where the car was repaired.

The pair were allowed to begin the second loop of the stage 15 minutes ahead of the field to gain experience without having to run in the dust of their competitors. However Alonso and Coma suffered a further setback when the car hit a flock of birds which damaged the windscreen again. Coma had to hold the damage screen in place after in collapsed.

Having posted competitive times earlier in the event, Alonso and Coma reached the chequered flag but was not classified due to the time lost. The rally was won by Henk Lategan ahead of Giniel de Villiers and Chris Visser.

Alonso was participating in the event as he gathers experience of the Toyota Hilux ahead of a potential entry in the Dakar Rally. Toyota motorsport team principal Glyn Hall said the team was “ahead of the plan by far” with Alonso.

“At 40 [kilometres] in he was still 20 seconds off the leading car, which was Henk at the time. After that the windscreen was too damaged,” he told RaceFans. “So overall, fantastic achievement. He’s got some great skills, just got to get a little bit of experience now.” 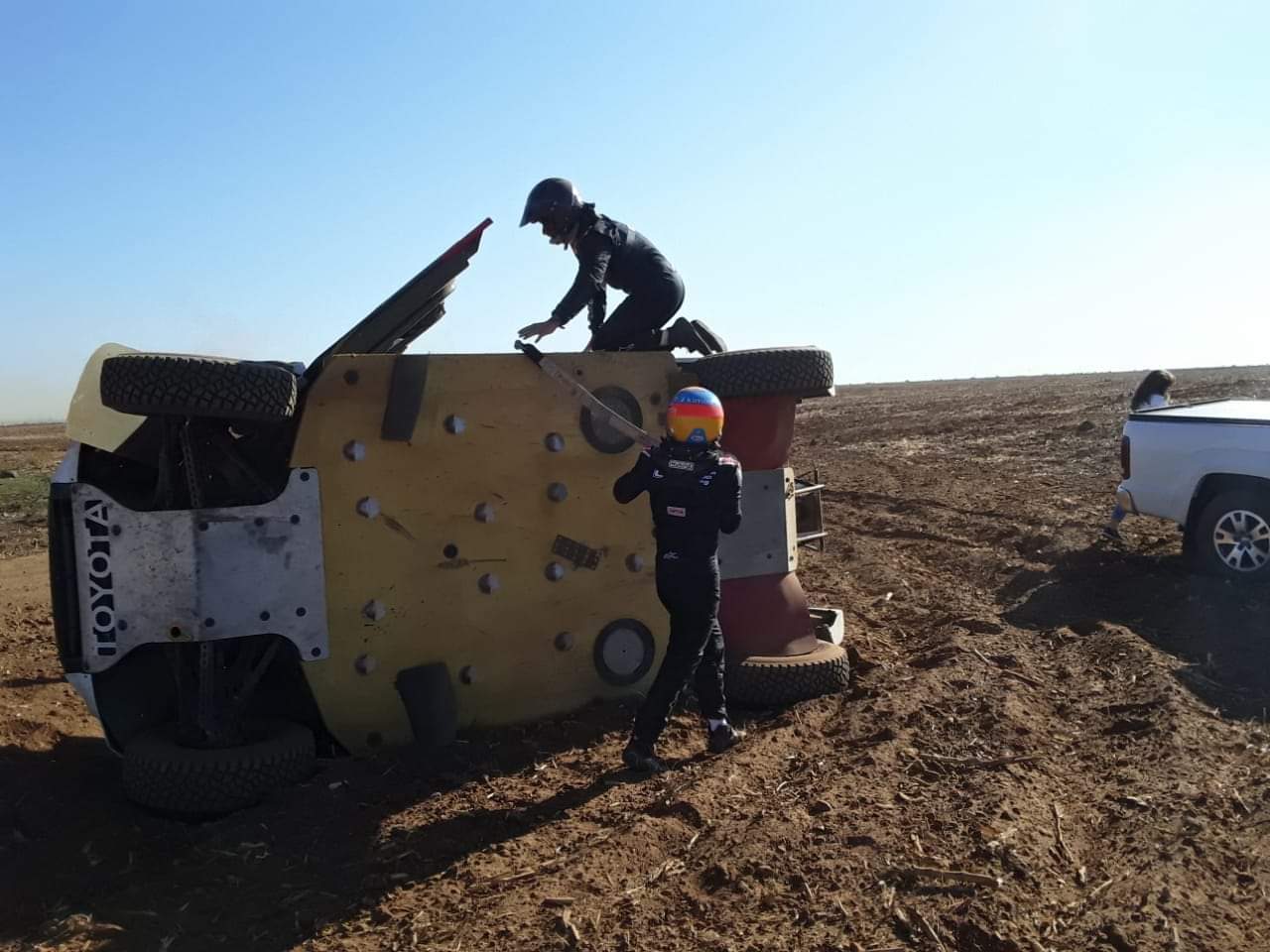