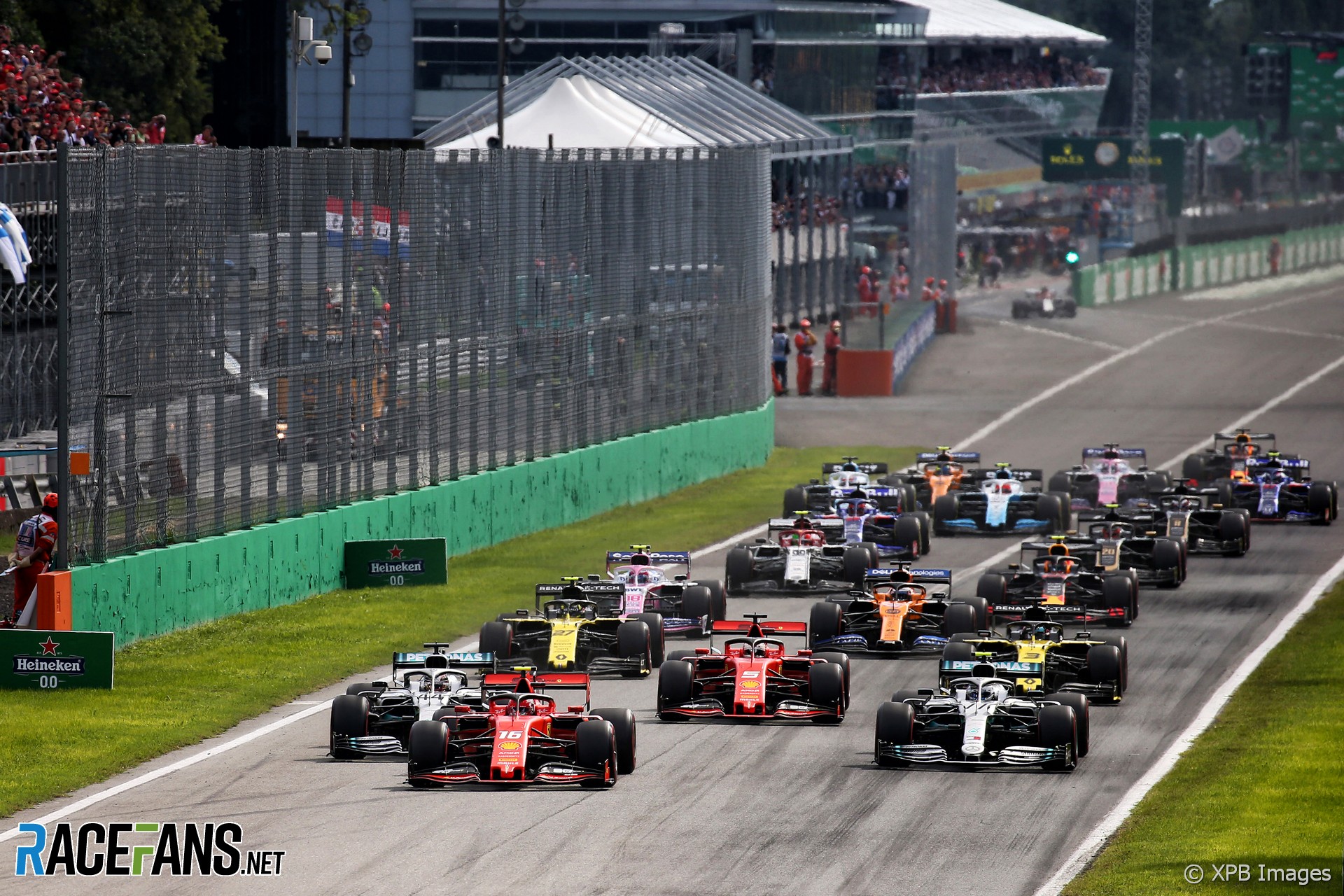 Formula 1 has responded to criticism of the quality of recent race broadcasts including occasions where live action was missed because of replays or shots of crowd footage.

In a Q&A issued by the championship, F1’s director of broadcast and media Dean Locke addressed complaints about the recent Italian Grand Prix coverage.

“Monza is tricky because of the first chicane,” he explained. “On the first lap the field comes to that chicane very quickly.

“This year we had a really good battle at the front involving three or four cars. Conversely, at the back of the field you also had a very quick guy, Max Verstappen, and you have to make the choice of where to go.

“We were aware that there were some things happening at the back and we knew people were going through the chicane. But if you’ve got two cars side by side at the front, you have to stick with that.”

Fitting in replays of the start around the live action is one of the regular problems F1 has to solve during its race broadcasts.

“In terms of replays what makes Formula 1 a challenge is we don’t have natural breaks,” explained Locke. “We’re not like tennis, or cricket in that respect. Therefore we’ve got to feed in replays while live action is happening, unless we get a Safety Car.

“If you ask any sports director what is the hardest part of broadcasting live sports, they will say replays. And that’s compounded when you don’t have natural pauses. You’re looking for an advantageous lull – and in Monza, with a lot happening at the front in the first few laps that was difficult.”

While other sports use picture-in-picture displays to show replays alongside live footage, F1 has not embraced this solution.

“We have the mechanism to do that but we tend to shy away from it because the we have a wealth of information already on screen and a lot of graphics and adding to that makes things very complicated,” said Locke. “It’s also difficult for commentators.”

This weekend’s race on a five-kilometre temporary street circuit in Singapore is one of the most logistically challenging for F1 to cover, he added.

“It’s one of the longest circuits on the calendar and it’s hot, so it’s certainly physically tough for the guys who are out on track. But from a logistical point of view it is the length of the lap.

“There are 23 corners at the Marina Bay Street Circuit and we have to cover those with 26 trackside cameras. There are no real run-off areas apart from in turn one and turn two, so the cameras are on top of the cars, shooting through very small fence windows. There are a limited number of angles they can shoot from and if they are pointing the wrong way, they might miss something.”

“On top of that we have to really convey what the city is like, this amazing skyline and these fantastic buildings. Each track and each race is unique. And we’ve got to highlight that uniqueness to fans – the tifosi at Monza, the fireworks in Singapore, the Foro Sol in Mexico and so on. We have to reflect that as much as possible.

“Singapore is a tricky one, but to be honest, broadcasting a motor race at any circuit is a tremendous challenge. Televising a grand prix is very different to other sports.”

107 comments on “F1 responds to criticism of television broadcasts”