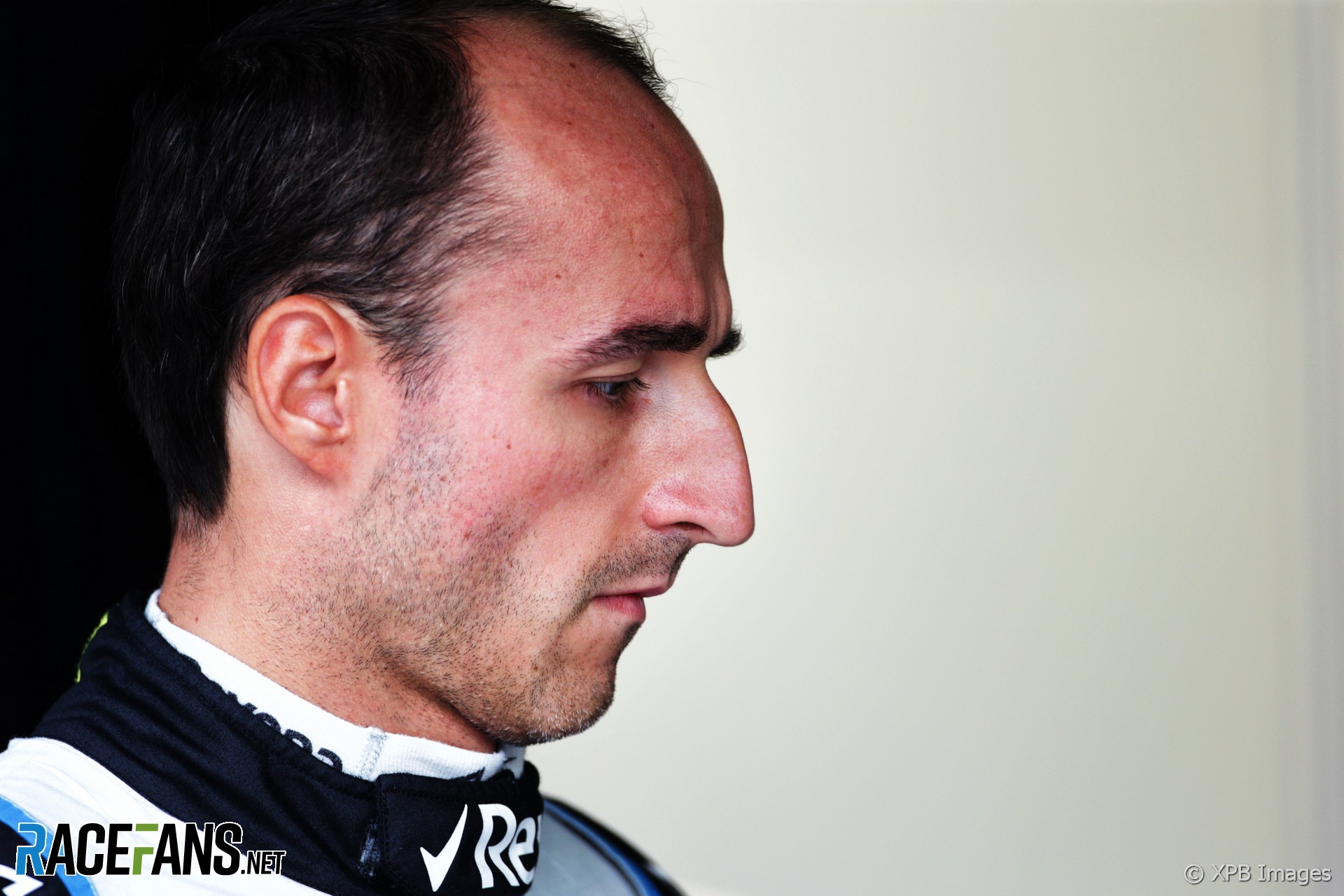 Robert Kubica will not continue to drive for Williams in the 2020 F1 season, RaceFans understands.

But while Kubica is expected to confirm his departure soon, he is known to be seeking opportunities to remain in the sport in some capacity next year.

Racing Point and Haas are among the potential destinations for Kubica next year. Both are set to retain the same race driver line-ups for 2020, indicating Kubica is looking for a third driver role similar to that he occupied at Williams last year.

Kubica’s abilities as a development and simulator driver are highly regarded and his connections would make him a good fit at either team. Steiner, a former World Rally Championship team principal, observed Kubica’s progress in the championship when he returned to competition following his 2011 rally crash.

At Racing Point, Kubica would be reunited with the Stroll family, who he worked with at Williams last season as a development driver.

Kubica’s future in F1 will be connected to the future plans of his backer PKN Orlen, the Polish petrochemicals firm which currently sponsors Williams. It is expected to announce a new tie-up with the Lotos brand to market a new product called Star, which it wishes to promote through F1. RaceFans understands Racing Point representatives visited Orlen’s headquarters earlier this week.

Haas is believed to have held discussions with Kubica but the team did not comment on the matter when asked by RaceFans.

Kubica returned to F1 this year following an eight-year absence due to the injuries he suffered in 2011. He scored the team’s only point of the season so far, at the Hockenheimring, but has been out-qualified by rookie team mate George Russell at every round.