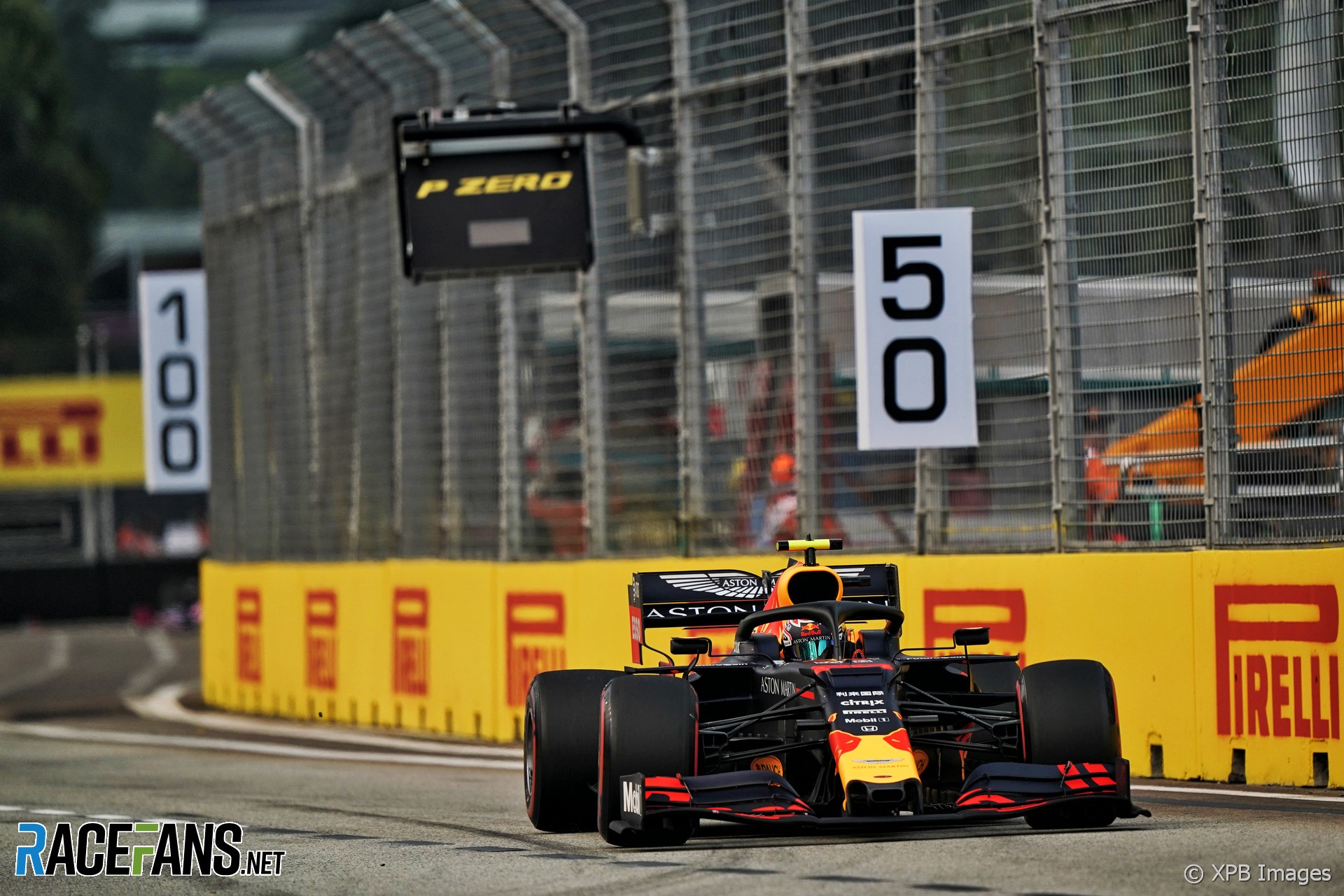 Alexander Albon expects his first Singapore Grand Prix will be a “difficult” race after lapping almost a second slower than his team mate and crashing on his first day at the track.

Red Bull’s newest driver was 0.986 seconds slower than Max Verstappen at the end of his first day of running at the Marina Bay circuit.

Albon said his feeling in the car was “pretty OK” but he needs to get used to the circuit. “It’s not an easy track,” he said. “Very technical so I need to get used to it.”

“There’s so many corners and everything like that,” he added. “In terms of overheating: yourself, tyres, brakes. It’s going to be a difficult one on Sunday I’m sure.”

He said the hardest aspect of the 23-turn course is “just hooking up the lap” without making an error. “It’s so technical that you make one mistake and the lap is over. So no mistakes, clean driving but at the same time you’ve got to push to the walls.”

Albon lost some time in the second practice session when he crashed at turn two and damaged his car’s nose.

“I had a lock-up the lap before,” Albon explained. “I had a little flat spot. On top of that I was pushing and just another lock-up in the same kind of place, not the same [location], same spot on the tyre.”