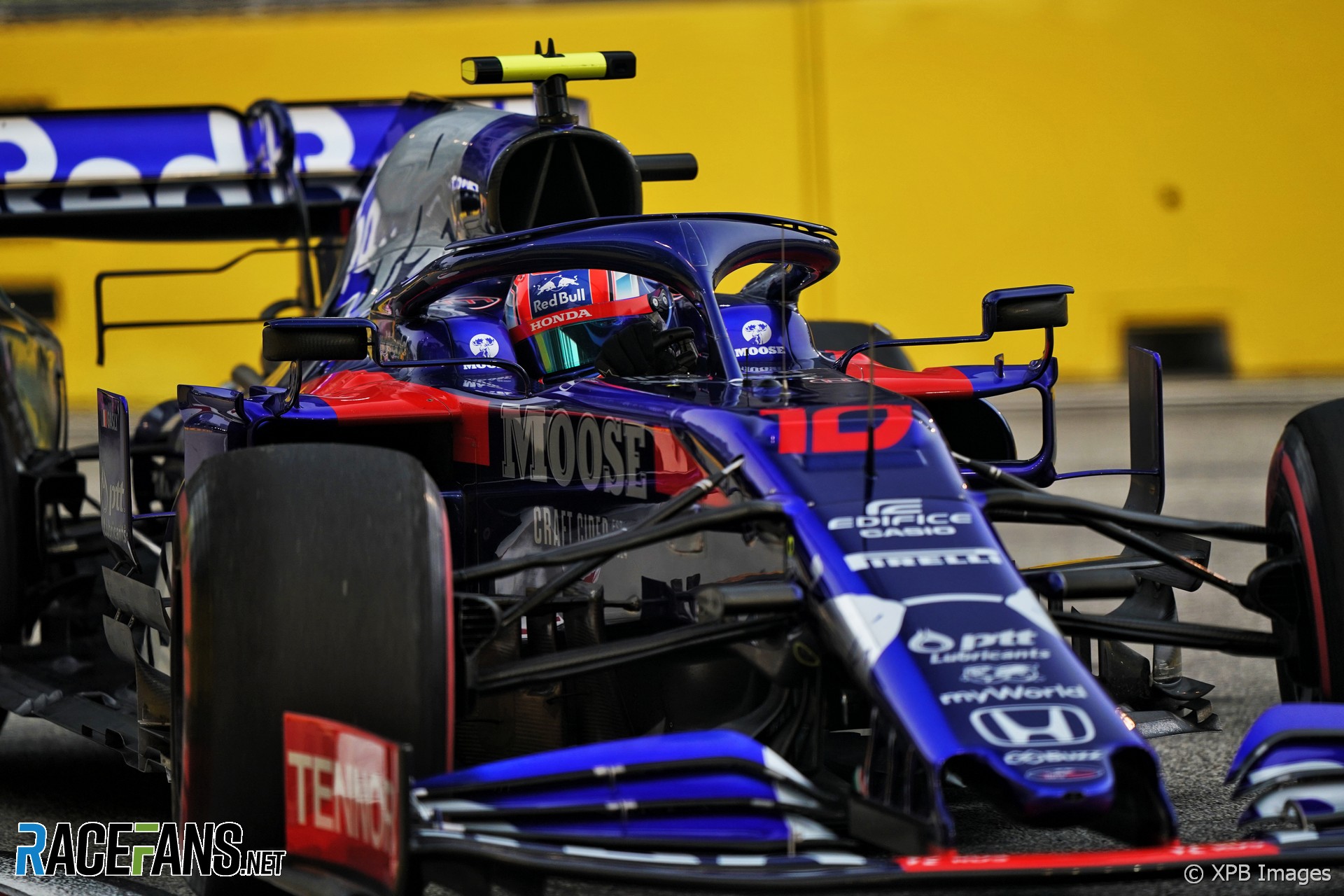 In the round-up: Pierre Gasly isn’t convinced F1 needs to introduce ‘qualifying races’, but would like one aspect of the current format to change.

Asked about the discussions around testing ‘qualifying races’ at some grands prix next year, Gasly said the only aspect of qualifying he’s unhappy with is the rule forcing drivers who reach Q2 to start the race on old tyres:

I’m pretty happy with the current format. One thing which is always a bit tricky is this Q2 tyre. Sometimes in midfield qualifying with the softest compound when the guys ahead manage to qualify with the medium, for sure it makes even bigger advantage for the guys in front.

So maybe I don’t think the format is a massive problem. The main thing is just to make us race closer to each other. Mainly being able follow other cars closer to improve the racing. But then after I think it’s no problem to try that if they want just to try and see what the outcome [is] because until we try we cannot really know.

.@IndyCar CEO Mark Miles has ruled out a return to Gold Coast, Australia, for now, but he says series is continuing to look elsewhere to add an international race.

➖ Miles did not disclose where, but Abu Dhabi's Yas Marina Circuit and South America are believed to be targets. pic.twitter.com/fc2y8LBvyN

"The first runs on the Base tyre were extremely competitive so that was looking positive. Then on the Option we experienced some understeer, so we didn’t extract the most out of that tyre. Now we have a good idea of what we need to do for tomorrow."

"We had decent pace on the Soft tyre and we look in good shape for qualifying. Our long runs were trickier here and it’s going to be a case of getting the tyres to last."

"At Monza Ferrari introduced its own engine upgrade. But its advantage over Mercedes was no greater than at Spa – ie still around 30bhp in qualifying, 20 in the race. But Mercedes had moved up relative to Renault and Honda."

Hamilton is my friend but also complex and hard to read, says Ricciardo (The Telegraph)

"As the fourth most populated country on the planet - behind only China, India and the USA - Formula E aims to inspire future generations to embrace clean energy."

Felix Rosenqvist onboard at Laguna Seca (IndyCar via YouTube)

Penalty ballast is another example of F1 trying to fix something which isn’t broken, says @Aussierod:

The current system is fine. Qualifying is fine. The race weekend format is fine. Stop tinkering with the bits that aren’t broken and fix the real issues. An more equitable payment structure, less aero/less turbulence, better tyres, no DRS, tracks that punish mistakes and more than 5 drivers who stand a chance of standing on the podium.

17 comments on “No need for qualifying changes besides tyre rules, says Gasly”