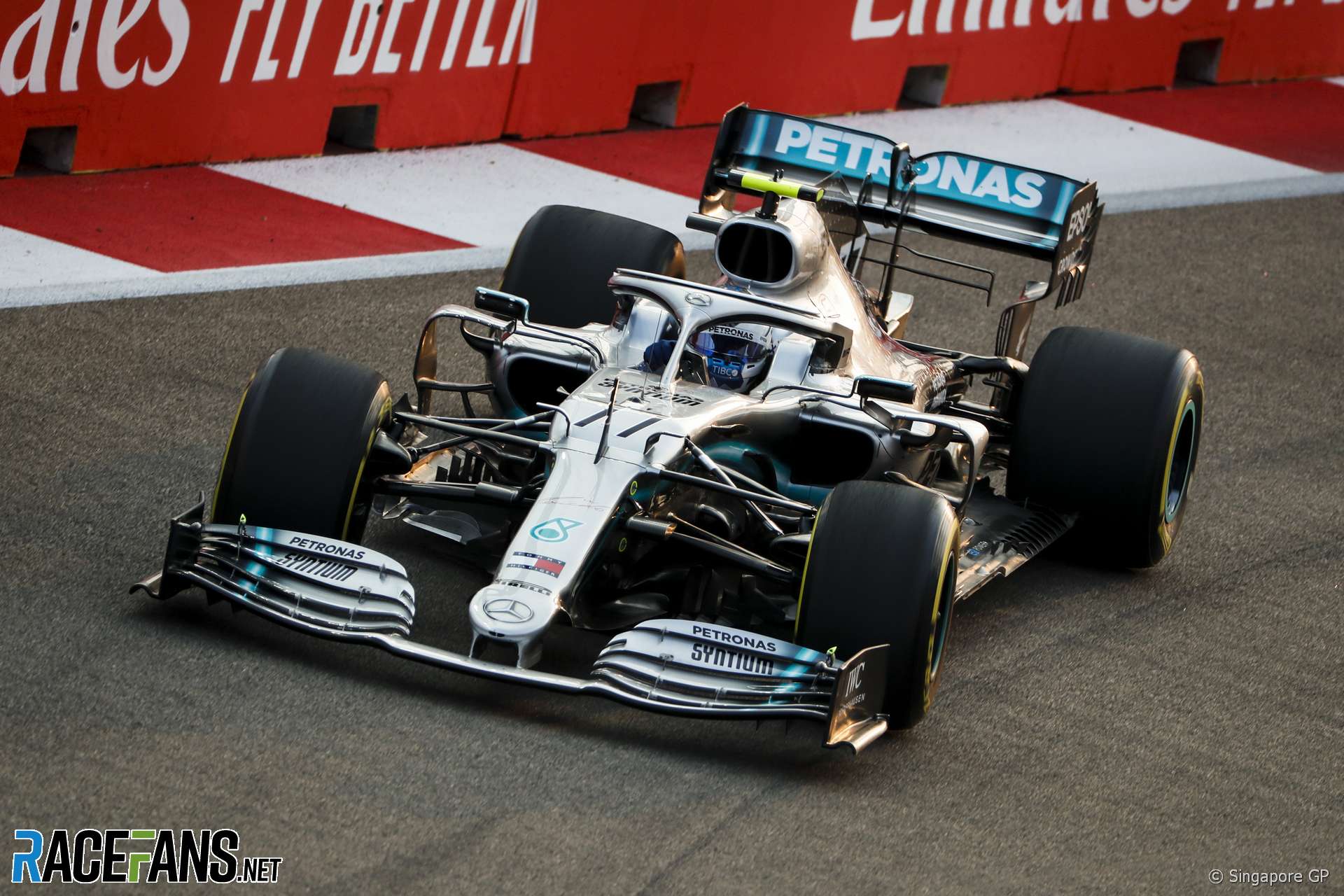 Valtteri Bottas says he accepted Mercedes’ instruction for him to slow down to ensure he didn’t jump ahead of his team mate in the race.

Mercedes chief strategists James Vowles told Bottas to reduce his pace by over three-and-a-half seconds following his pit stop so that Lewis Hamilton would not fall behind him when he pitted.

“For sure we have certain rules,” said Bottas. “The car ahead always gets priority with the strategy. Then if you try to offset the car who was behind benefits [first] from it like I did.”

He admitted he could have kept up his pace after his pit stop and got ahead of his team mate.

“If I wanted to get ahead it would have been easy,” said Bottas, “but we have certain rules and it’s both ways so next time I’ll be in his situation it’s going to be the same for me so that’s fine.

“Obviously there was potential for better today I think but those are the rules.”

Hamilton and Bottas finished fourth and fifth. Bottas believes the team could have done better.

“It felt like I really had good pace today but obviously you need a big pace delta to overtake the cars ahead,” he said. “For sure we’ll analyse things but as a teams we could have done better today.”