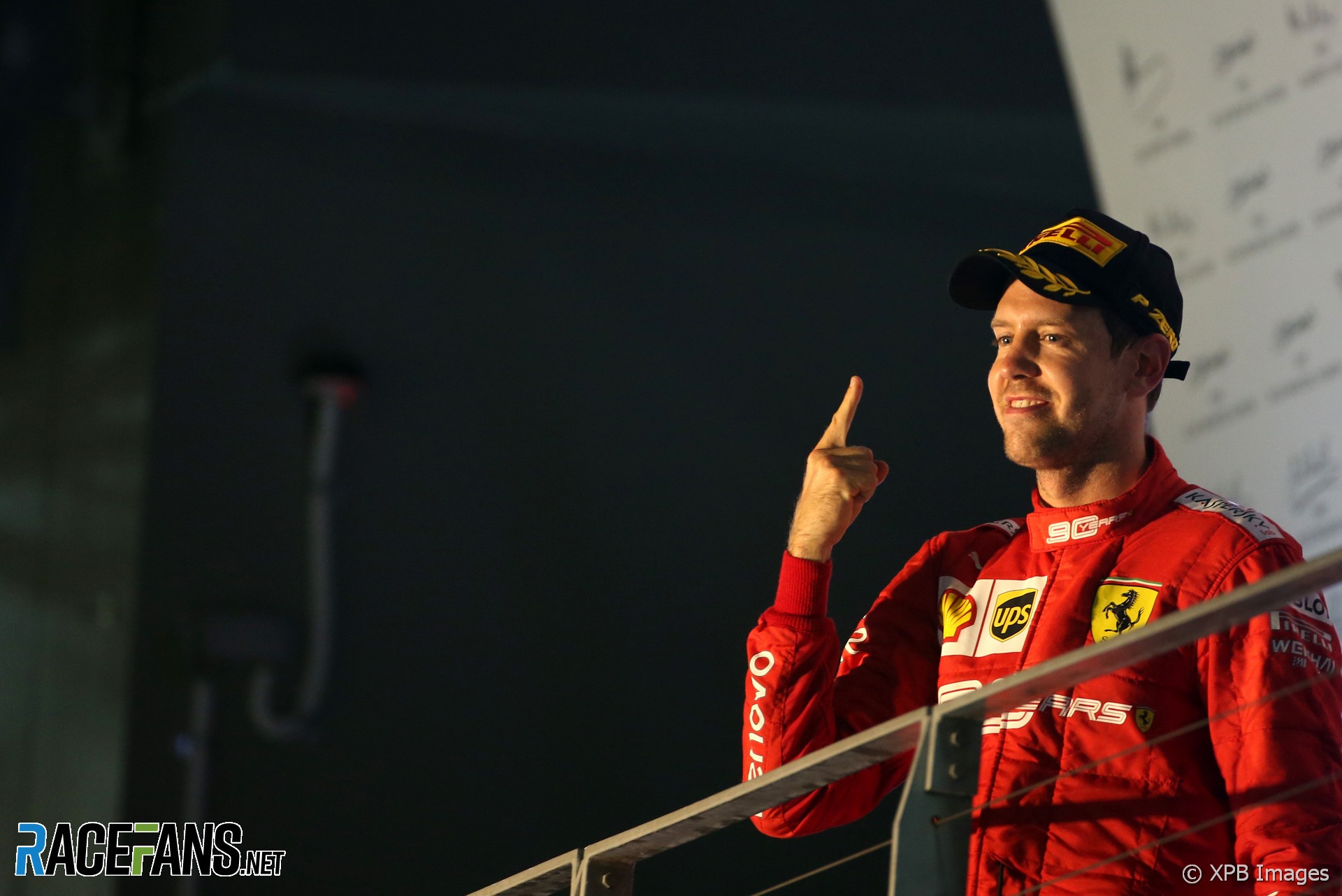 Sebastian Vettel scored his first Formula 1 victory for more than a year after Ferrari’s strategy helped him jump ahead of Charles Leclerc in Singapore.

Vettel scored his fifth Singapore Grand Prix victory after he moved ahead of Leclerc when they made their mid-race pit stops. This came to the displeasure of his team mate, who lost the lead after Vettel was able to pit before him.

Lewis Hamilton, who started alongside Leclerc on the front row of the grid, finish fourth after running a long opening stint in a bid to split the Ferraris. That allowed Max Verstappen to take third, though he ended the race with the Mercedes driver filling his mirrors.

Mercedes took care to ensure the undercut did not help Valtteri Bottas get ahead of Hamilton. Bottas was told to back off by over three-and-a-half seconds at one point to ensure Hamilton came out ahead.

Hamilton wasn’t able to do anything about the cars ahead, partly because the second half of the race was disrupted by three Safety Car periods for a series of incidents. George Russell went out in a collision with Romain Grojsean, Sergio Perez stopped with a technical problem, and Kimi Raikkonen suffered race-ending damage in a collision with Daniil Kvyat.

Alexander Albon brought his Red Bull home in sixth ahead of Lando Norris. Pierre Gasly took eighth after a superb pass on Lance Stroll following one of the restarts.

Nico Hulkenberg recovered from first-lap contact with Carlos Sainz Jnr to take ninth and Antonio Giovinazzi took the final point after briefly leading at one stage.