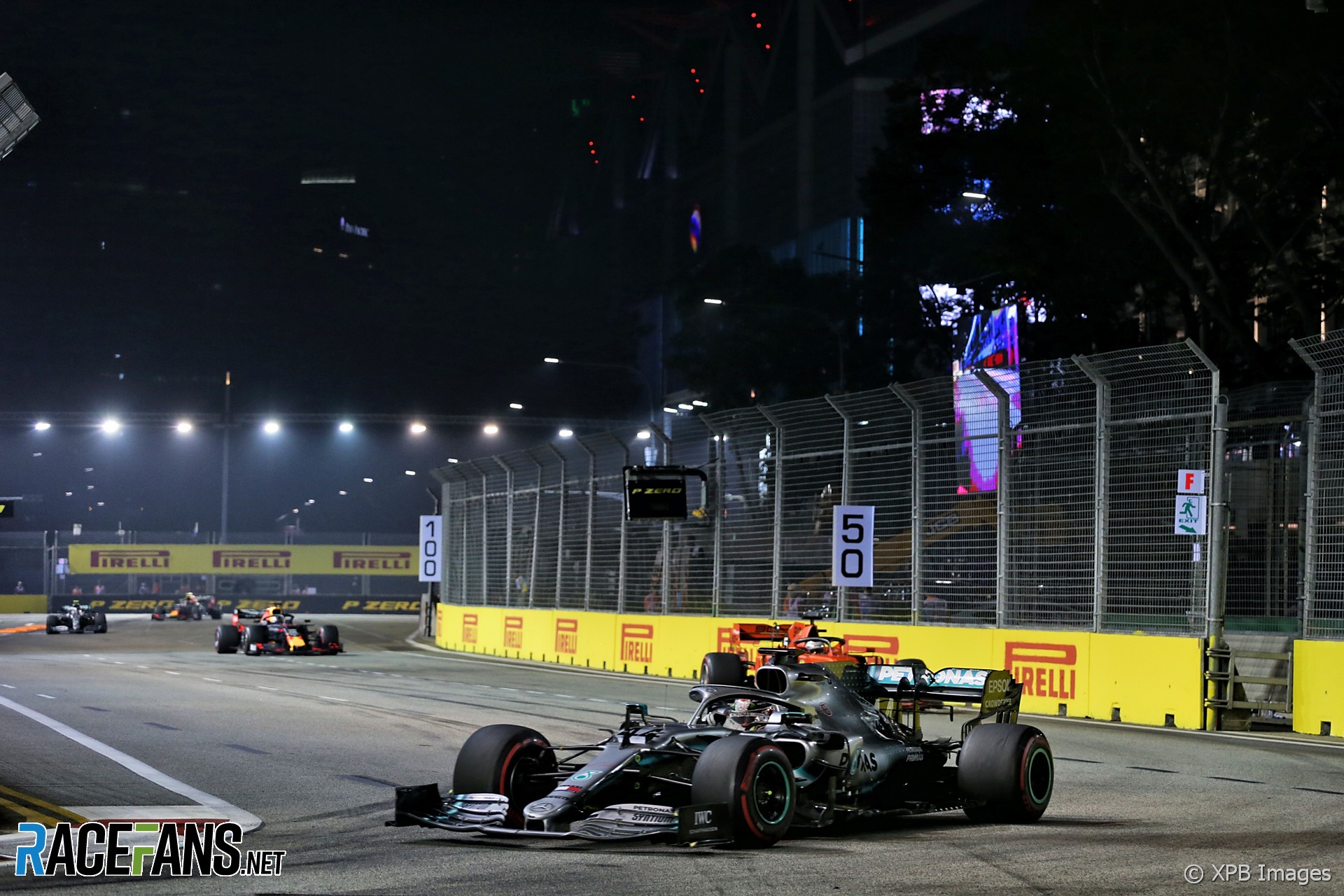 Lewis Hamilton says Mercedes’ defeat in the Singapore Grand Prix was “painful” because the team had the pace to win easily.

Hamilton started the race on the front row of the grid but came home fourth, one place ahead of Valtteri Bottas in the team’s other car.

His race turned when he lost positions to Sebastian Vettel and Max Verstappen during the pit stops. Hamilton said his team should have brought him in for his stop stop earlier so he could benefit from the ‘undercut’ by getting on fresher tyres earlier.

“I knew that we should have undercut,” said Hamilton. “I kind of knew it this morning as well in the brief. I was like ‘let’s just take the risk’. But they didn’t.”

“But we win and lose together as a team so we will take this on or chin,” he added. “It’s painful for us because we could have easily won today.”

Ferrari have now won all three races since the summer break. Hamilton said “it feels like they’re hungrier at the moment.

“So we’ve got to step it up. We’ve got the ability, we’re still the best team, we’ve just got to stop dragging our feet and get on. We’ll debrief, we’ll re-huddle, back in the scrum and come fight in the next race.”