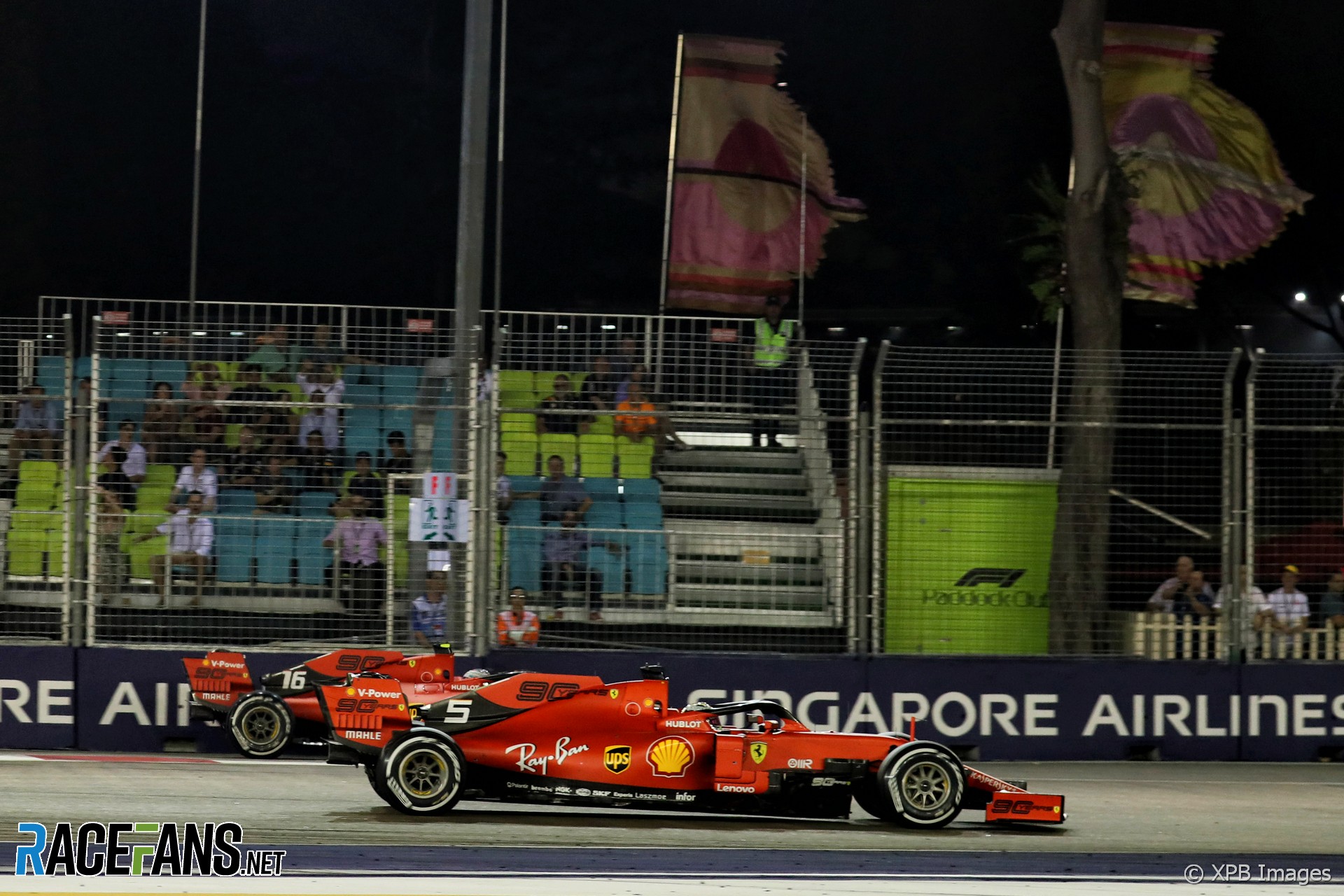 Charles Leclerc was unaware he was at risk of losing his lead to Sebastian Vettel because Ferrari did not tell him his team mate had pitted.

A disappointed Leclerc revealed he had been unaware of his team mate’s strategy, which allowed Vettel to run on fresh tyres a lap earlier than his team mate and helped him to take the lead.

“You don’t see the full situation as a driver,” said Leclerc. “You only see your situation so it’s very difficult to know who has pitted behind.

“I was not aware Seb has pitted,” he confirmed. “Obviously for me I couldn’t have asked anything more than I did. I obviously did not expect Seb to pass me and it was frustrating from the car.”

Vettel received his instruction to pit at turn 20 on lap 18, shortly before the pit lane entrance. Leclerc, who had been controlling the pace at the front of the field in line with the team’s strategy, was not told that Vettel had pitted or that he needed to increase his pace. He covered the middle sector in 42.7 seconds while Vettel, on his out lap, was over 1.7 seconds faster.

Ferrari advised Leclerc to prepare for a pit stop once he was more than halfway around the lap, telling him “mode box”. But this left him unclear whether the team was preparing to pit him, and he asked for confirmation as he approached the pit entrance.

Afterwards Leclerc admitted he was frustrated by the situation but added “I also completely understand if that this decision had been taken it’s for sure for the good of the team.

“But it’s hard to understand in the car. It’s frustrating. I’ve had a good qualifying yesterday, I’ve done everything, I stick to the plan at the beginning of the race.

“We had to slow down as much as we could for the pit window to not open for the others and then started to push. I did not expect the undercut. But it’s life, sometimes it goes that way. I’m happy for the team anyway.”

NB. Notes in italics are not messages