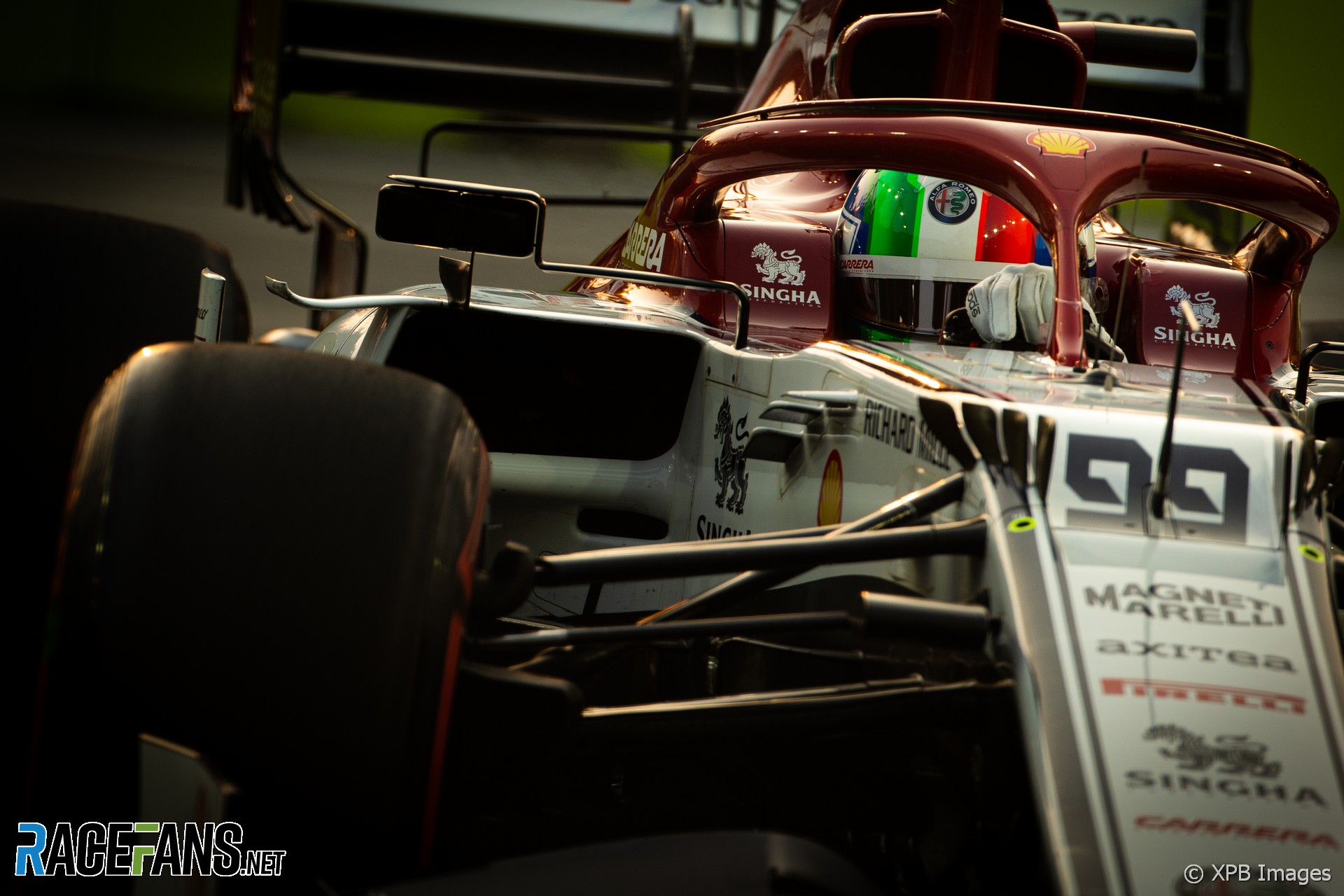 In the round-up: Antonio Giovinazzi says his performance in the Singapore Grand Prix shows the gins he has made with his race performances since the beginning of the year.

Giovinazzi led yesterday’s race at one stage and scored a point for tenth place:

I think to be honest I knew that the speed was already there because since Paul Ricard compared to Kimi [Raikkonen], [who] is a world champion driver, I was always really close to him. A little bit in front, a little bit behind.

The race was maybe the issue that I have. But now it’s coming better and better I think. We need to improve a little bit more. But I’m really confident that with experience and with time I will improve.

Here's @Anto_Giovinazzi's incident with the crane.

He was given a 10-second time penalty: https://t.co/VfgICwcr5P #F1 #SingaporeGP pic.twitter.com/7jkKLNKuHz

I remember doing the installation lap in Singapore, wanted to drink and then realized the drinking system was broken. “Yeah. We know. Good luck, mate”, the engineer said. Last laps were blurry and I almost passed out. Positive thing: I was drunk after two beers. #SingaporeGP pic.twitter.com/DkneD4vPnq

This… has not gone well.

But this team is technically Sauber, who last led at Spain in 2013, courtesy of @EstebanGtz, for two laps. #F1 #SingaporeGP pic.twitter.com/neslWNxmQL

Can I request that from now onwards, the F1 fraternity stop retweeting the drivel that comes from the former sponsor of the Haas team, and instead just replace them with retweets from Haas? We don't need to give charlatans further publicity #SingaporeGP

Mattia Binotto: "Seb drove very fast and very well on new tyres in that part of the race and gained the position to go ahead of Charles, which is part of racing."

Alexander Albon: "Most of that race was just managing my tyres so it was physically easier than I expected. It was only in the last 20 laps when I was really pushing it that I could feel the strain."

Points out of reach in Singapore (Racing Point)

"Sergio was running in the top ten when we spotted an oil leak, which forced us to retire the car immediately to protect the power unit."

Pierre Gasly: "When the Safety Car came out, we lost three or four positions which was a bit annoying. I gave it everything I had to pass Kimi and had a couple of exciting battles with Kevin (Magnussen) and Lance (Stroll), so it feels very good to score these points."

George Russell: "It was a rubbish race from the start; I got sandwiched at the first corner with Robert and Daniel (Ricciardo), which was just one of those things. As the race went on our pace seemed good, but then Grosjean went for the overtake on the entry of turn eight."

Kimi Raikkonen: "The incident with Daniil Kvyat ended my race but I was going no where anyway. When I looked at the straight he was quite far behind, but when I was turning in I saw him in the corner of my eye but then it was too late to react."

Another race spoiled by too many safety car laps. We were headed for a good final laps, with the drivers in front on older tires than the drivers bellow, then in the last 25 laps we have a lot of toilet breaks that set the pack all together, leaving everyone with DRS and allowing the tyres to hold on till the end.

I really, really dislike this safety car approach. I understand the safety reasons, but in football the game does not reset to 0-0 every time the medical team enters the field.

I know the rules are the same, but 25 years ago the SC was deployed once a season, today was three times in half the race.
JCCJCC