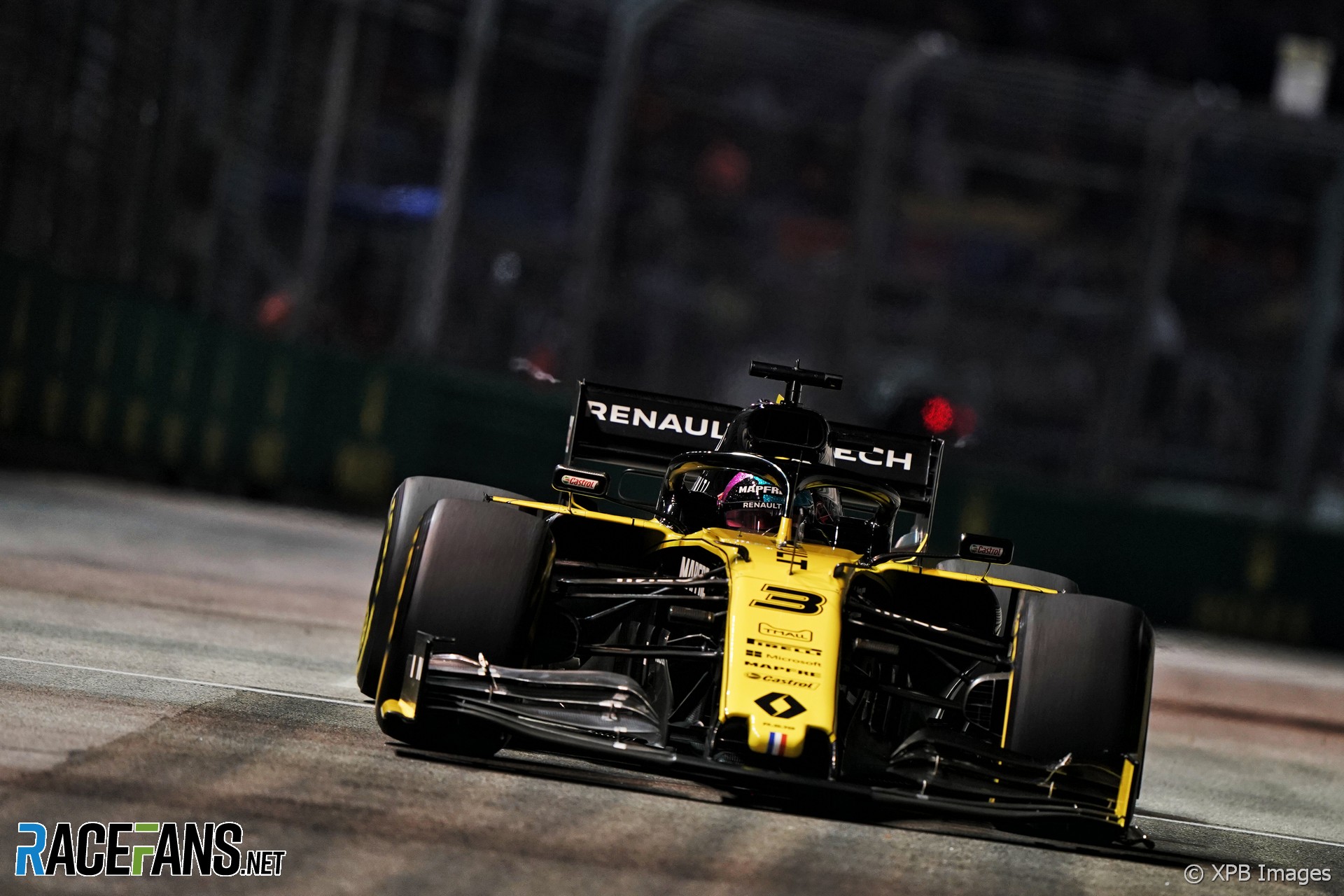 FIA race director Michael Masi will not relax the rules on disqualifying drivers for technical infringements following Daniel Ricciardo’s anger over his penalty in Singapore.

The Renault driver was very unhappy after he was thrown out of qualifying for a technical infringement which occurred on his MGU-K. Renault admitted the MGU-K had delivered more power than the rules permit, but pointed out it only happened once, on Ricciardo’s second-fastest lap in Q1, and therefore did not affect his qualifying position.

Masi said this principle is widely understood. “When it comes to technical infringements, I think Martin Brundle put it best when I bumped into him downstairs on the grid: ‘You’re either pregnant or you’re not’ was his words.

“It’s one of those, I think everyone knows when it comes to technical infringements of that nature what the outcome is. You either are or you aren’t.”

Ricciardo called the penalty “harsh” and argued a more reasonable punishment would have been to delete the lap time when the infringement occured. However Masi said the rule on technical violations must be enforced consistently.

“I think we’re treading on dangerous territory, personally, when we’re starting to, with technical infringements in particular, build in margins in upon margins upon margins,” he added.