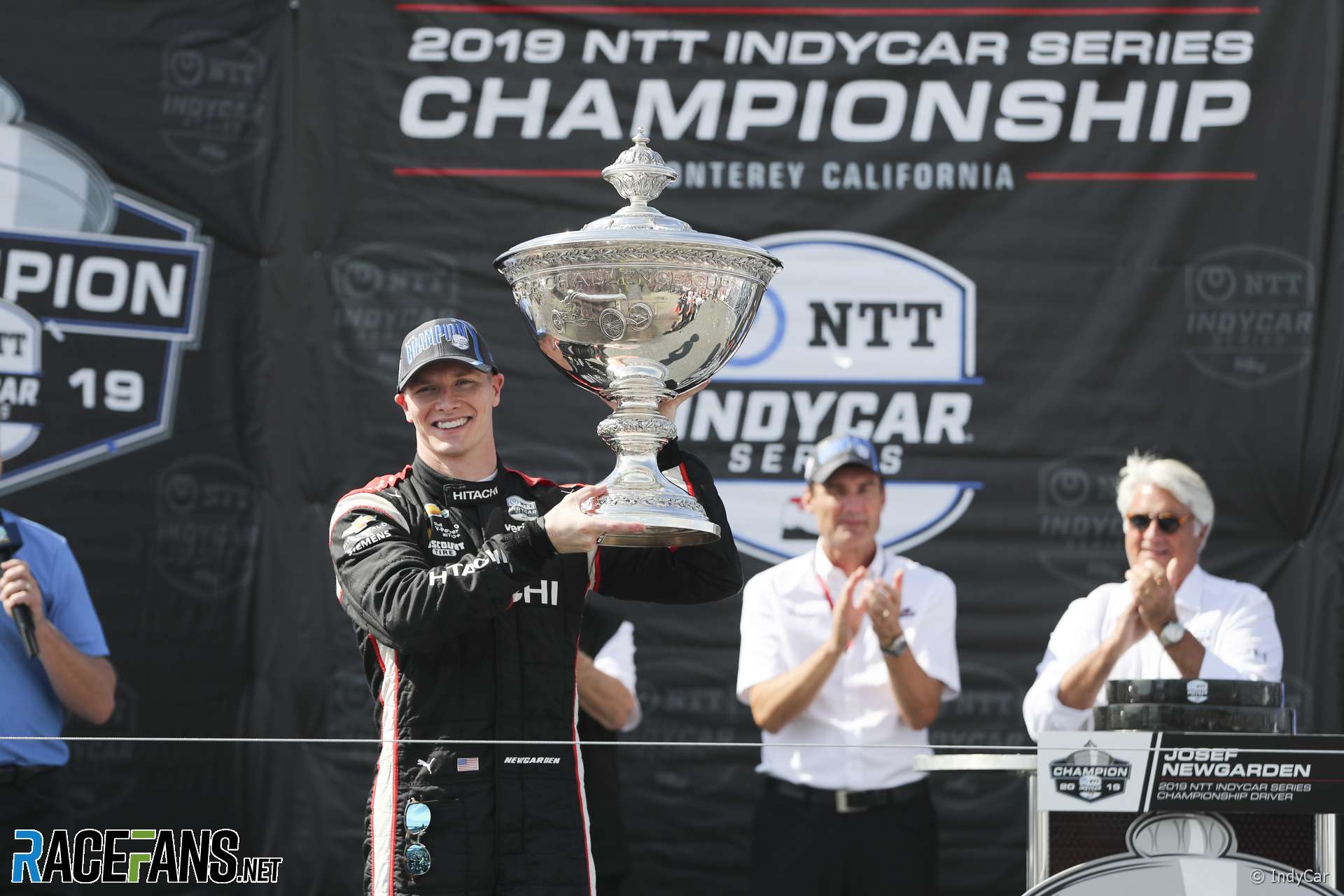 “I’m just happy it’s done with, to be honest with you,” said Newgarden after clinching his second championship title with an eighth-place finish.

“I’ve been dreading the last couple weeks because I don’t think it really hits you until you get finally to Laguna or after Portland I should say, two weeks to go, because then you really realise the points situation.”

Newgarden went into the final round with a 41-point lead over his closest rival Alexander Rossi. An IndyCar race win is usually worth 50 points but the top seven all scored more than 50 at the season finale.

“It’s just such a stressful deal with double points,” said Newgarden. “I hated it. I hated thinking about it.

“I know we didn’t build up enough of a gap to make it super-easy on ourselves and I was just kind of dreading it to be honest with you. Just didn’t know what was going to happen.”

Newgarden started the race fourth behind Rossi. Both slipped back during the race but another title contender, Newgarden’s team mate Simon Pagenaud, overtook both and closed on the leaders. He finished fourth, six seconds away from beating Newgarden to the championship.

“I’m pretty intimate with my guys and know how hard they work personally, and I just wanted them to be rewarded with the championship. That was weighing on me a lot. I was just happy we were able to get through today.”