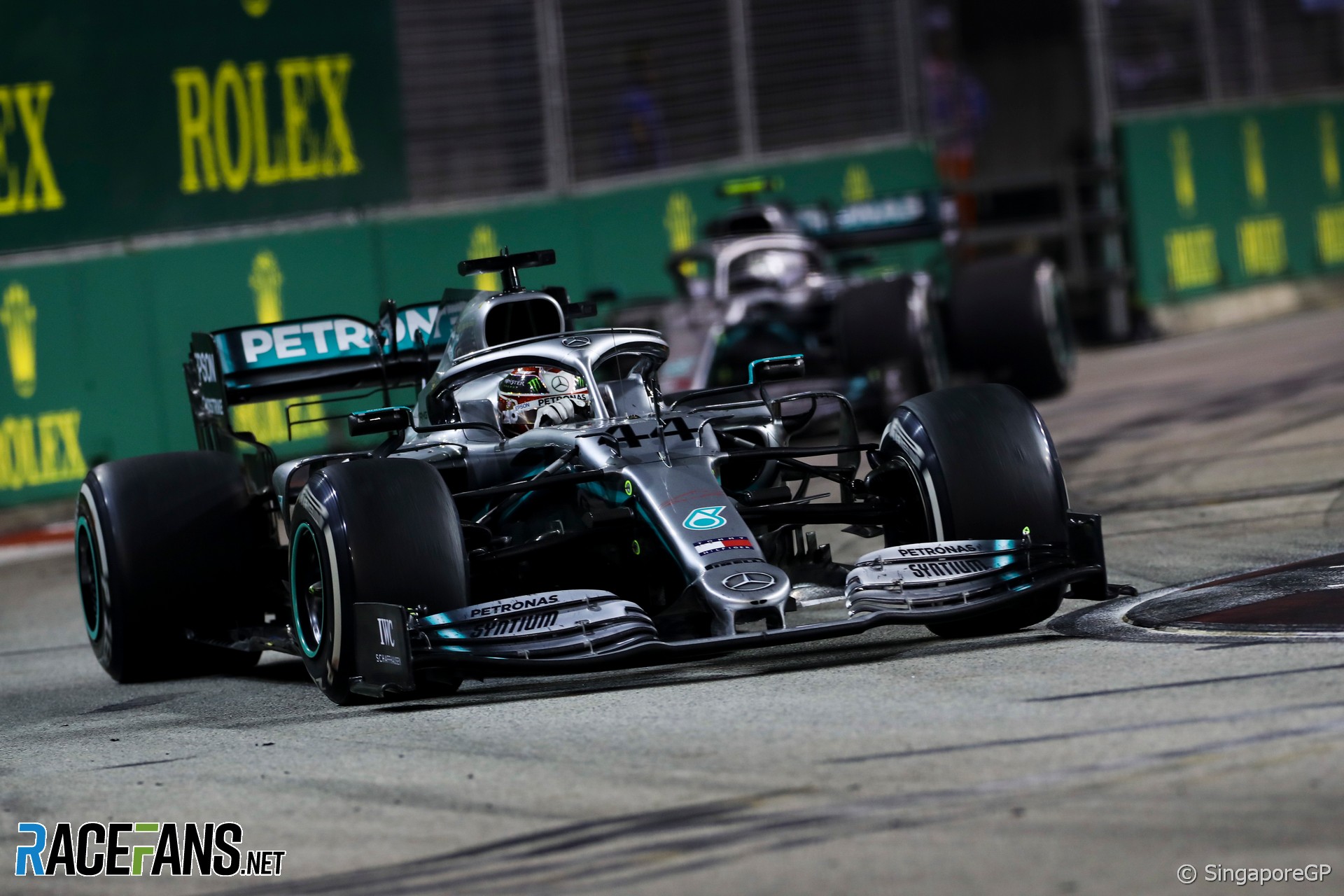 In the round-up: Valtteri Bottas says he understands Mercedes’ decision to slow his pace so he wouldn’t overtake Lewis Hamilton through the pit stops in Singapore.

Asked whether Mercedes should have let him pass Hamilton after he had helped his team mate stay ahead of Alexander Albon by slowing down, Bottas said: “No because the car ahead before the pit stops has the priority in any case, always.” He insisted the same would have happened if he had been leading Hamilton:

But obviously from outside it looks pretty bad. And obviously from my side being in that situation is completely against your instinct to back off not to overtake your team mate. It doesn’t make any sense.

But it’s been there that kind of the rule since I don’t know how long in the team, at least since I joined so. But it is both ways, it’s just not for Lewis. It’s always so.

"Not good enough. We came here to win and clearly didn't. I would say it's a little wake-up call."

"We’re halfway through our rights period and we’re not too sure what we bought for 2021 onwards. We know that the sport is going to either change, or drastically change, depending on which press release you should read, but we don’t know whether we’ve actually bought salt or pepper come halfway through our deal which is quite interesting when you think of an acquisition you’ve made."

"I’m pretty pleased with the day in general, I kept it on the black stuff, which was important and completed a lot of laps. I felt comfortable straight away, which was pleasing. It was unbelievable driving down the straight for the first time and then feeling the brake power the car has."

"The number of commercial aircraft is predicted to double in the next 20 years, with an equivalent rise in demand in the market for seats. Replacing existing technology with lighter products will prevent significant amounts of carbon emissions and save airlines millions of dollars annually."

Should teams ever tell their drivers to slow down?

Regarding the Bottas call I absolutely loathe hearing a team telling a driver to drive slower. Absolutely disgusts me. That’s not racing it’s pure management interference. I’ve been wanting so much to see Vettel win a race this season after messing up chances so far but not this way. Didn’t feel good at all.

Was kinda really hoping Vettel would show consistency here and reverse the 1st and 2nd car position boards like he did in Canada. That would shown pure class and a sense of humor. Plus Leclerc would no doubt be mightily impressed.
@Sloppysmusic