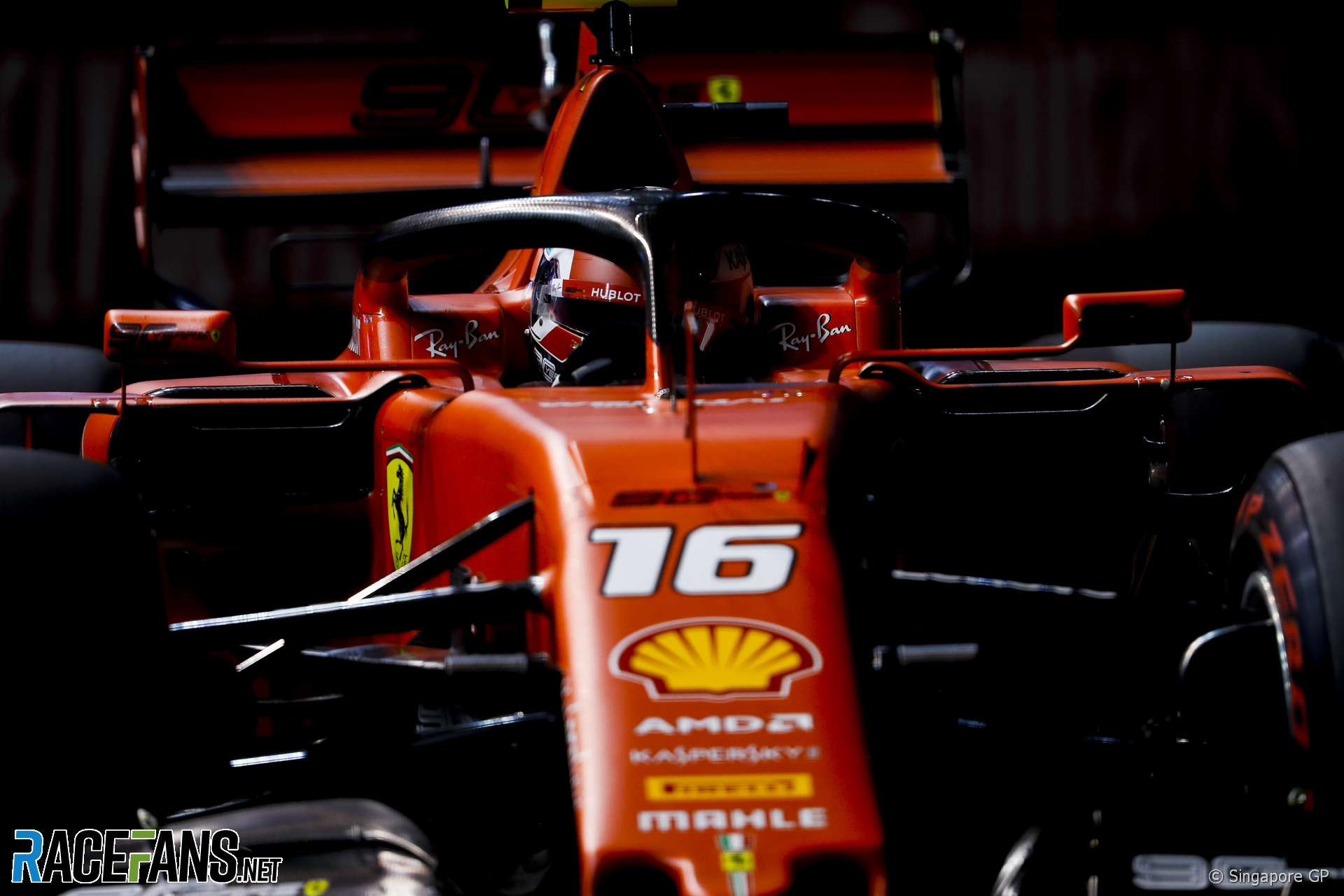 There was nothing more Leclerc could have done to win his third consecutive race. He bounced back from a gearbox problem on Friday to lead the final practice session, signalling his intention for qualifying. Even so, it was a surprise to see him stick the SF-90 on pole in Singapore of all places. His first run in Q3 was hampered by a poor out-lap, but a spectacular final effort secured his fifth pole of the season.

In the race he ran Ferrari’s strategy as he was instructed to, only for Sebastian Vettel to jump ahead of him because Ferrari gave his team mate the benefit of the undercut. If they’d told Leclerc his team mate was pitting, he might have found the few tenths he needed to stay ahead.

Pierre Gasly has been badly in need of a result since returning to Toro Rosso and he bagged one in Singapore. The Safety Car period helped him, but his cracking pass on Lance Stroll was a highlight of the race.

Haas continue to struggle with their VF-19 but Kevin Magnussen’s perseverance with the car nearly yielded a point in Singapore. Unfortunately for him a plastic bag became attached to his front wing, costing him at least two seconds per laps, forcing him to make an extra pit stop, and ending his hopes of a point.

As expected, Singapore was a better track for Williams, but for perhaps the first time this year George Russell appeared to be trying to force the pace from his car, even if he did out-qualify Robert Kubica again. He picked up damage on the first lap, then went out in a collision with Romain Grosjean in why both could have left each other more room.

The Kimi Raikkonen-Alfa Romeo combination has been an effective one for much of the season but things didn’t seem to click in Singapore. After qualifying, where he was beaten by his team mate, Raikkonen admitted he lacked confidence in the car. His race ended when he failed to spot Daniil Kvyat’s attempt to pass him, and turned in on the Toro Rosso.

Sebastian Vettel had one of his better weekends for a while, though he was outpaced by his team mate in qualifying again, and an impatient move on Gasly nearly lost him the lead he inherited.

If anyone had more cause to be frustrated with their team than Leclerc it was Valtteri Bottas, who was compromised by Lewis Hamilton on his final Q3 out-lap, and was told to cut his pace at one point to prevent Alexander Albon from jumping ahead of his team mate. Hamilton’s efforts were wrecked by Mercedes being tactically outmanouevres by Ferrari.

The gap between Leclerc’s deliberately slow pace at the front of the field and the lap times drivers could manage on fresh tyres that Max Verstappen was able to ‘undercut’ Hamilton as well as Vettel. That helped him finish ahead of both Mercedes drivers, having out-qualified Verstappen. Albon followed the silver cars home.

Lando Norris showed a great turn of pace in Q2 but couldn’t replicate it in Q3, to his frustration. However he bagged a ‘best of the rest’ win after Daniel Ricciardo picked up a penalty, and Carlos Sainz Jnr and Nico Hulkenberg collided on the first lap. The latter did well from there to pick up points, but was perhaps fortunate the stewards deemed the contact a racing incident.

Remarkably, Antonio Giovinazzi led four laps of the race, the first of his career and the first for anyone not in a Ferrari, Red Bull or Mercedes for over four years. No disrespect to him, but this was more a consequence of the extremely slow pace Ferrari dictated at the head of the field than the quality of his drive. He did, however, out-qualify Kimi Raikkonen and bag another point.

Grosjean missed out on the points after making another change to his Haas’s specification during practice. He reverted to more of the team’s old-specifications part at a track where he expected the VF-19 to perform better in its original configuration, but Magnussen got more out of the car in qualifying.

Both Racing Point drivers made moves on Kvyat early on but Sergio Perez suffered another technical failure and Lance Stroll picked up damage so the team left Singapore point-less. Kvyat slipped back to 15th, with only the unlucky Magnussen and Robert Kubica behind him.