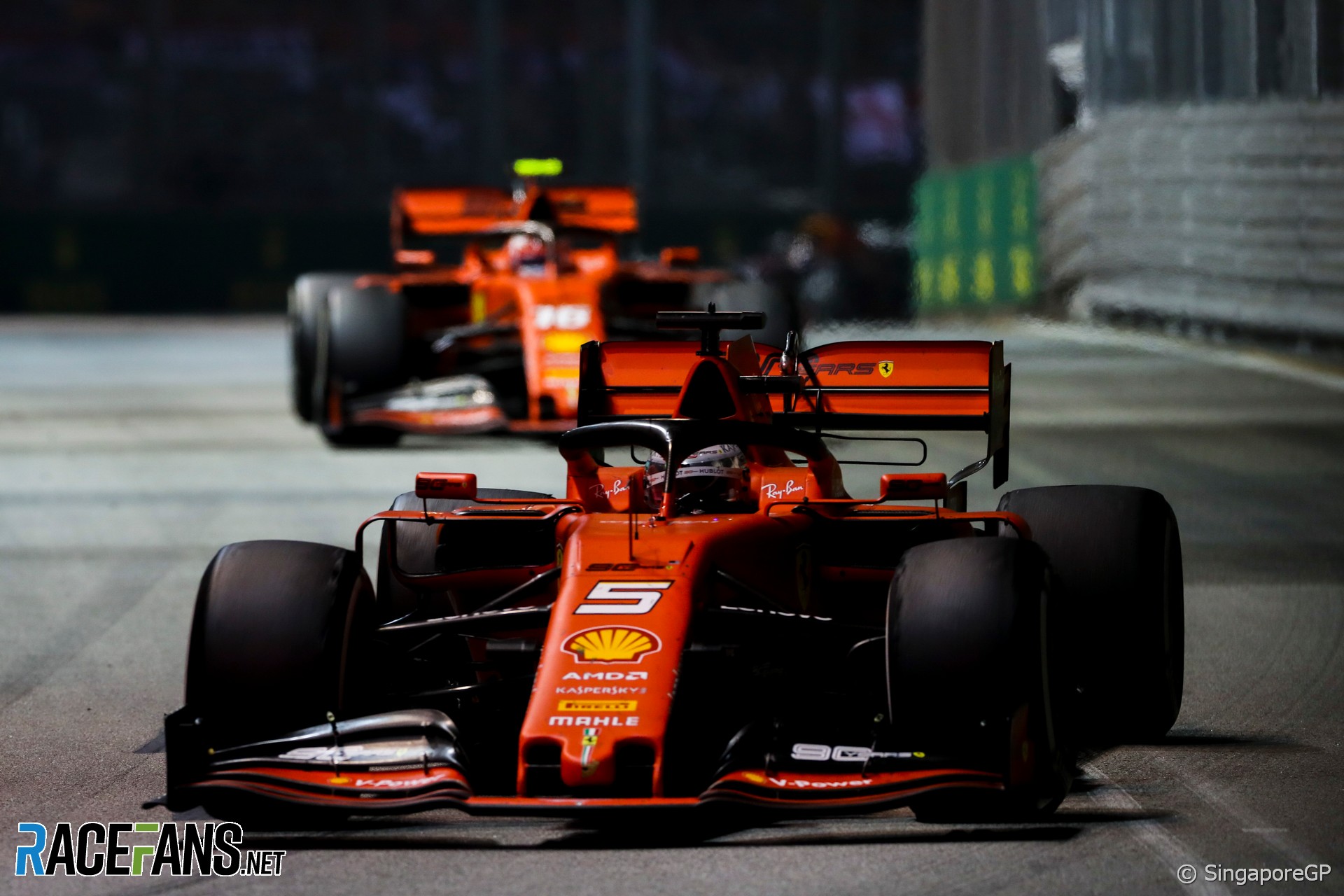 Ferrari achieved its surprise performance in the Singapore Grand Prix by optimising its car for maximum pace over a single lap in qualifying, Mercedes team principle Toto Wolff believes.

Mercedes were surprised by their rivals’ performance in Singapore, a track which was not expected to suit the SF-90. Although Ferrari added some new parts to its car, Wolff suspects they sacrificed more of their race stint performance to improve their pace over a single lap.

“I think this is not about upgrades,” said Wolff. “This is about doing the best out of your package.

“They have a tremendously powerful engine which is an important ingredient that allows you maybe more strategic choices on set-up.

“But this is no excuse. Overall it’s about making the best out of your package and I think we had a package capable for pole. We had an opportunity today to win. We made too many mistakes, too many opportunities lost and we are very aware about it.”

Wolff said focusing on Ferrari’s upgrades would be an “easy story” but their successful weekend was down to “having a strong package overall and getting things right.”

“They tuned their car for one lap, which was powerful [on Saturday]”, he explained. “You could see that they were nowhere in race pace but very quick from the get-go.

Mercedes were “angry” with themselves following their Singapore defeat, Wolff admitted.

“We are all angry and we just had a little get-together with the engineers and the drivers and there is a general feeling of ‘we got it wrong’. We got it so wrong this weekend. But it doesn’t mean that this is having a long-term impact on us.”