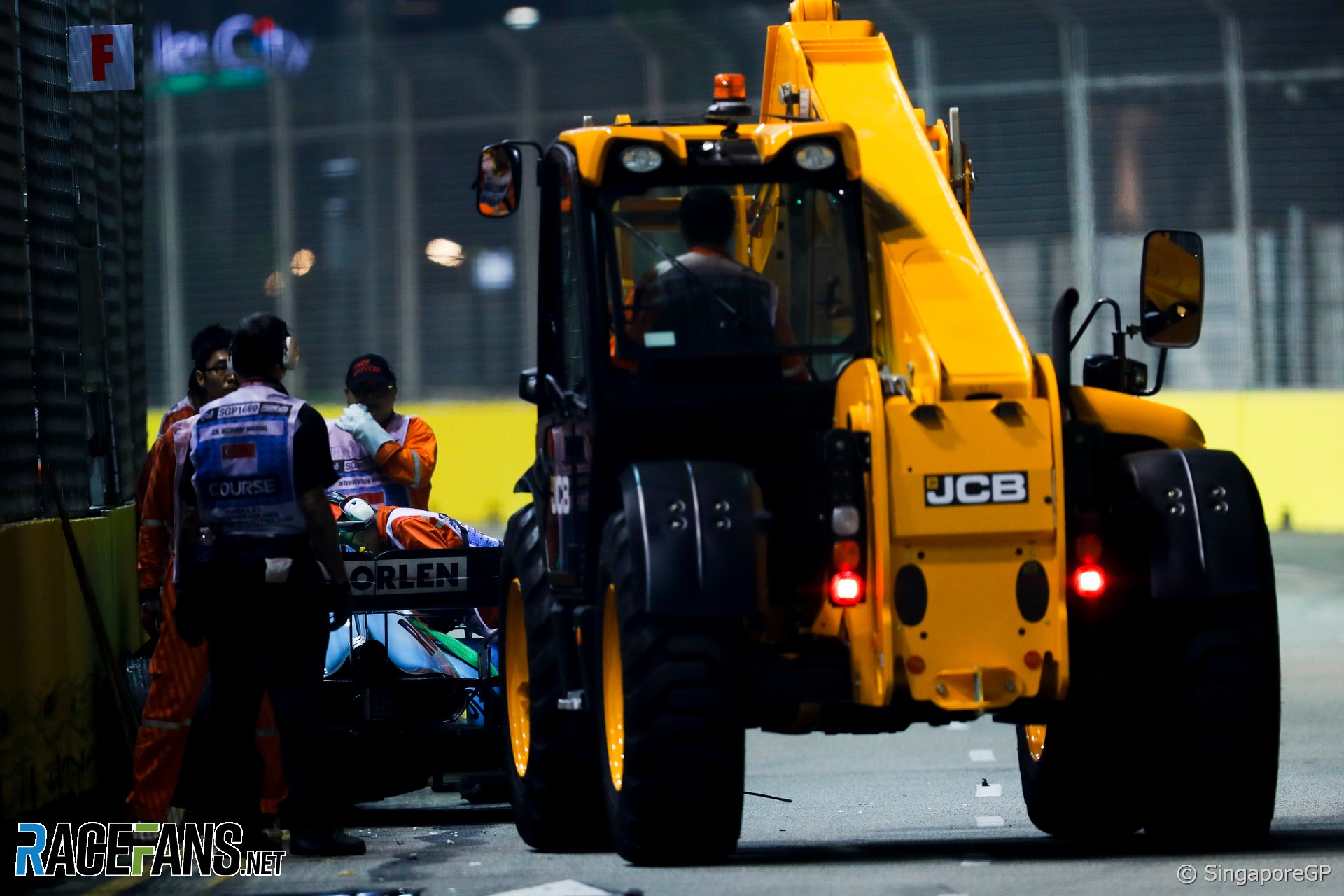 Antonio Giovinazzi said his driving in the incident with a crane which earned him a 10-second penalty in the Singapore Grand Prix was “quite safe”.

The Alfa Romeo driver was penalised after the stewards ruled he caused a “potentially seriously dangerous situation and a risk to the marshals” by driving close to a crane which was being used to recover George Russell’s crashed Williams during the race.

Giovinazzi, who kept his 10th-place finish despite his penalty, said the incident looked worse outside the car than he believed it was.

“They said I was too close to the tractor that was recovering Russell’s car,” he said. “To be honest maybe from outside can look [that way].

“But you are in the street track, really tight track, and I was on my target. For them I was too close but for me it was to be honest quite safe. But they are the stewards. At least nothing changed on my result.”

Giovinazzi was warned “stay on the right, turn eight” on his radio before he reached the crash scene but, unlike other drivers, was not told about the presence of a crane on the track.

He said the stewards advised him to drive more slowly in a similar situation in future.

17 comments on “Giovinazzi: Crane incident was “quite safe””