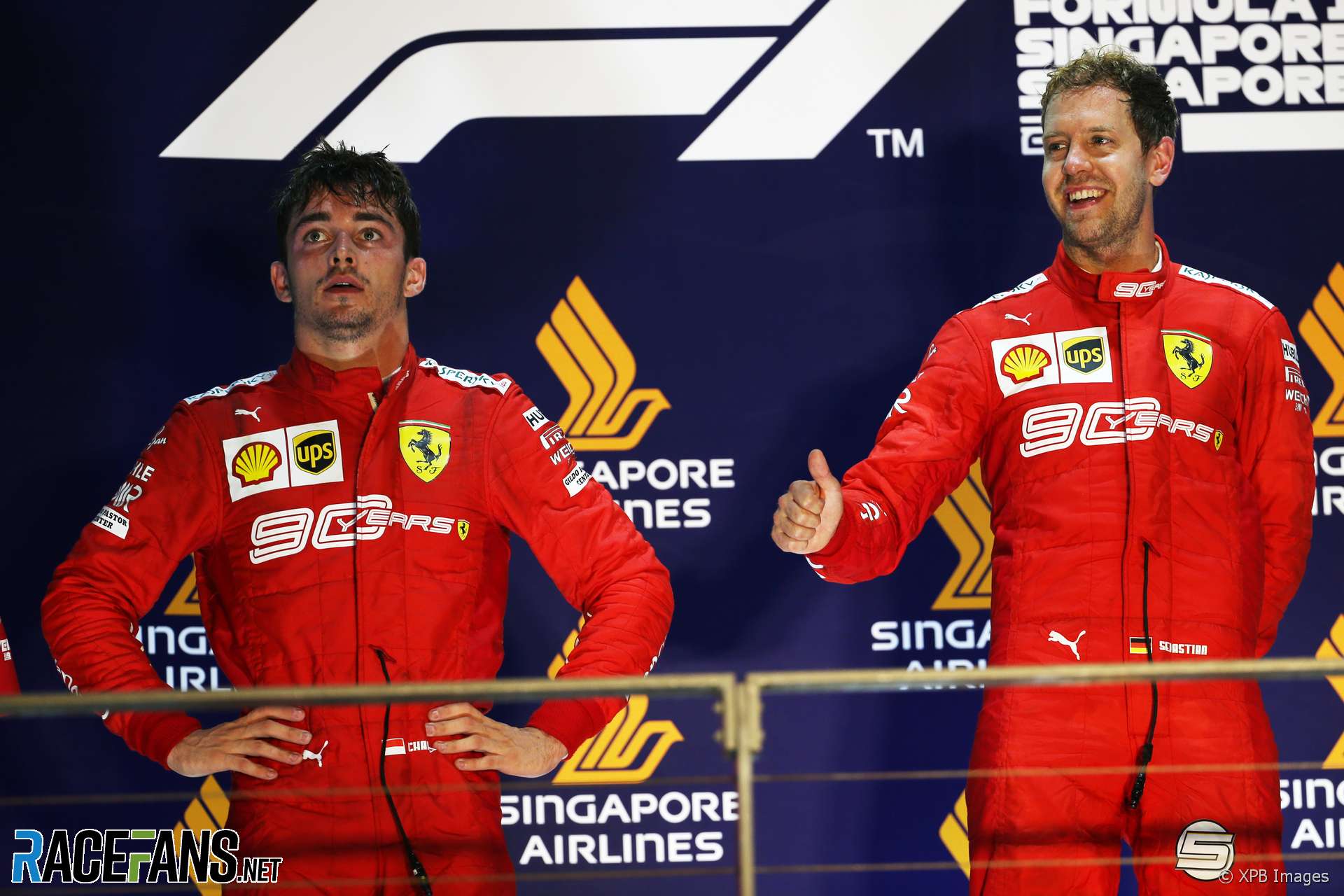 In the round-up: Mercedes team principal Toto Wolff says the rivalry between Charles Leclerc and Sebastian Vettel could escalate in the same way Lewis Hamilton and Nico Rosberg did.

Wolff was asked whether the competition between the Ferrari pair bore comparison with the relationship between Hamilton and his previous team mate:

Yeah I think always two alphas competing for position has the potential for rivalry and escalation within the team. We’ve been there and I think today as a team we are very strong with a clear philosophy.

On the positives, they keep taking points away from each other. Which is an advantage. But I don’t want to look at the points at that stage it’s about optimising what you have, winning races or doing the best you can and we didn’t do it.

Our #RussianGP Technical Briefing is here! ⚙️ This week we got our Engine Technical Director, Rémi Taffin, to explain more about engine development throughout an F1 season. 👇#RSspirit pic.twitter.com/oY5Uasdkj7

With a very different feel to it compared to the famous MTC boulevard at McLaren HQ where a small handful of cars are on display. This room, is functional and austere with history-makers stacked high on the metal-frame shelves all around you. @McLarenF1 pic.twitter.com/NHzEBxMFu5

"Chairman of the Hanoi People’s Committee Nguyen Duc Chung led a delegation to visit Singapore from September 21-23, aiming to learn from partners’ experience in organizing the Formula One Vietnam Grand Prix in 2020 (F1 Grand Prix) and promote investment cooperation with the country."

Ticktum on the story of his Red Bull exit (Formula Scout)

"The rumours of me assaulting my engineer, which I’ve heard going around, have been made up by some 35-year-old bloke in his mum’s bedroom on social media. It’s a complete rumour."

"I know many guys are looking to do it. Some of my friends, they're always asking about how IndyCar, how are the ovals. That's probably the biggest question I get."

Showdown by the sea (Alfa Romeo)

Antonio Giovinazzi: "The last few races have given me a lot of confidence and I want to keep building on these results. I feel more at ease with the car and racing in the field and I think the points I have scored show I am on the rise."

Should Charles Leclerc have handled the Singapore Grand Prix differently on the radio?

Some were saying after the grand prix that Leclerc was whining too much… But from this transcript, I find him to be quite mature and reasonable. I mean, he is not happy and make sure they know it (which is what he has to do), but he didn’t push it and even reassure the team at some point.

In my opinion, either the undercut was really more powerful than expected either Ferrari perfectly played it to get a one-two which is a great result for a team that looked to be spiraling down just four grands prix ago. I do tend to believe the second option is the right one. So not fair to Leclerc, but was the right thing to do for Ferrari.
HAL

42 comments on “Leclerc-Vettel rivalry could ‘escalate’ like Hamilton-Rosberg did, says Wolff”